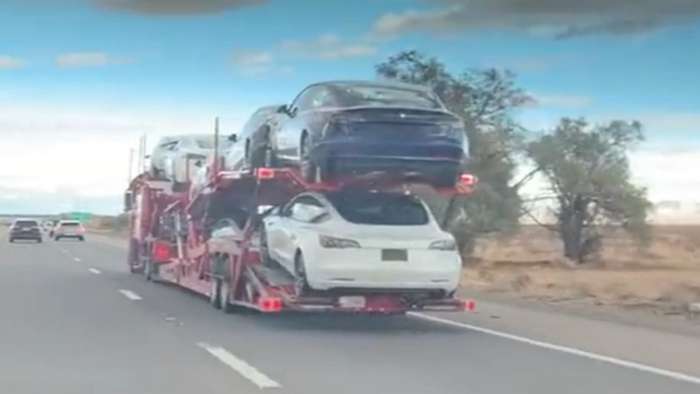 Tesla Set To Report Q4, 2021 Deliveries Soon - How It Will Impact Tesla Stock

Tesla is about to release their Q4, 2021 Deliveries on January 2nd, 2022. Here's what we think Tesla will deliver, along with what other analysts have to say and how Tesla stock price will be impacted.
Advertisement

Tesla is set to release their Q4, 2021, deliveries in just over a week. Here's what we think the deliveries will be, along with what other analysts are saying.

Despite a global chip shortage, we believe Tesla is set to deliver a record number of vehicles this quarter and will beat street estimates of around 265,000. Despite the chip shortage, Tesla has shown strong adaptability by being able to make their own parts, and adjust their processes as necessary. Tesla has superior manufacturing and engineering on their side as well. Tesla has also expanded Giga Shanghai and Fremont, despite not delivering any cars from Giga Berlin or Giga Texas yet.

We believe Tesla will deliver 280,000 vehicles for Q4, 2021. This is due to strong China total deliveries expected (over 55K for November, 2021 alone) from Giga Shanghai, as well as a continued increase in demand globally. So far, Tesla is proving to be the only EV manufacturer that is scaling big. And yes, this number isn't even factoring Giga Berlin or Giga Austin, TX, yet!

For the past year, here's what Tesla has delivered each quarter:

(Quarterly Estimates for Q4 Only, at a 64% Growth Rate, Year Over Year):

It's tough to predict future percentages of growth each quarter. In Q3, 2021, the growth was over 80%. This quarter, it will likely be a little less than that from the prior year. I believe Tesla can keep growing over 60% with continued innovation, new factories, improved manufacturing, improved safety, full self-driving, and the best performing cars available. Tesla will have to produce even more than this if other legacy auto makers and new EV players can't keep up with the demand.

What Other Analysts Have to Say

The stock price impact here is that earnings per shares estimates will rise with increased deliveries above street estimates. We think this will cause the stock to go up and that's good news - assuming deliveries are what we forecast.

Troy Teslike, another Tesla bull, predicts around 276,000 deliveries. I think this number is close, however, this doesn't take into account that the EV tax credit bill did not pass, which means people are going to be more likely to take delivery now, which could boost deliveries higher to the 280,000 mark.

The numbers were as follows on 13 Dec when I made this calculation:

This was before EV credits were canceled. I've now updated my calculation on Patreon https://t.co/2IsdiZjgRK I'll post it here on 26 Dec pic.twitter.com/df8CWdGlEG

Will Tesla Slow Down?

I don't think that Tesla is going to slow down. They have advantages in all areas - manufacturing, technology, cost, safety, performance, brand, first mover, etc... that I don't think anybody is going to catch them anytime soon. It would take Elon Musk leaving Tesla and Tesla being stagnant for many years for anyone to catch up. I will keep saying this until there is another EV player that shows prowess in all areas - cost reduction, manufacturing speed, innovation, safety, and everything else.

Elon Musk also mentioned that the chip shortage will likely ease up next year and this is only going to be an advantage for Tesla. I'm also looking forward to the release of the CyberTruck and the Model 2 - or whatever the compact vehicle ends up being called. Both these vehicles are going to explode Tesla deliveries even further.