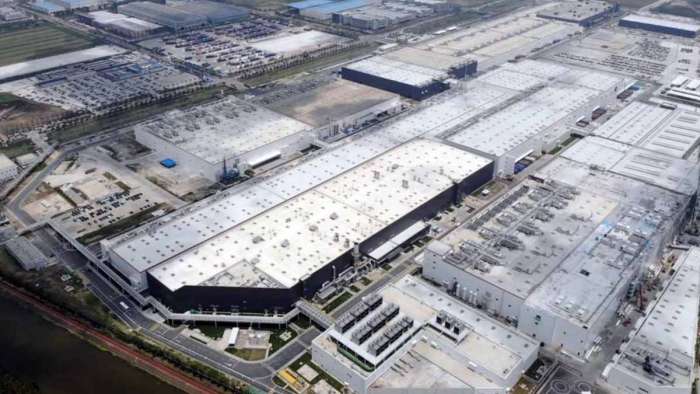 After a string of poor marketing decisions by Tesla and glamorous criticism thrown toward the Tesla Giga factory in Shanghai, illustriously reported by Chinese company PingWest, we can finally hear some good news from the far east.
Advertisement

A few nights ago, Twitter burst into active discussions one of our Twitter friends revealed the benefit packages offered to front-line workers at the Tesla Giga factory in Shanghai. Not only does it sound to be too good to be true, but one may say that Chinese workers have it better than the US workers who assemble Tesla cars in our country.

Sound too good to be true? These are the benefits offered to front-line workers at Giga Shanghai. pic.twitter.com/Vk8T3Sj6S8

Now, this all sounds nice and dandy, even amazing. Still, the truth is that only some months ago, waves of news that Chinese Tesla workers work in bad conditions, with challenging working time schedules, and constant high expectations put forward by their superiors, swamped our shores. Some even speculated that the Chinese government, which put Tesla on the pedestal when it came to the country, reduced its support over time.

However, let us dwell deeper into the great list of benefits Tesla provided for its employees in Shanghai. I cannot shake a feeling that Tesla introduced benefits trying to damp down some of the past year's marketing fires, but that is a story for another time.

3 All you can eat free meals
This is obvious and straightforward – all front-line workers (workers on the production line) in the Tesla Shanghai factory have an open buffet three times a day. All-you-can-eat free meals is not something to laugh at. According to Ray4Tesla, who, may I add, enthusiastically announced this news, even shared that Chinese workers in the Tesla factory can eat as much crayfish and barbecue food as they want. In 12 restaurants opened on the premises, that is. That is plenty enough for more than 3,000 employees who work in the Giga Shanghai factory.

17-month salaries annually
Considering that the employee's basic salary in the Tesla Giga Shanghai factory is 5,000 Chinese Yuan ($773), I can only imagine that anything the people who assemble Tesla cars get on top of it is highly welcomed. 17-month salaries annually basically mean that apart from getting a monthly salary, Tesla front-line workers in China will get a quarterly bonus every three months and „a year-end bonus at the end of the year.“ This equals 17 monthly salaries, which, calculated with a basic salary income, comes to $13.141 per year. So, quarterly bonuses and EOY bonuses do add up. This seems that Tesla takes care of its workers.

5 Insurances package
Apart from taking care of workers' tummies and bank accounts, Tesla employee benefits in the China Giga Shanghai factory include five different insurances and a housing fund. Now, no one specified what kind of insurance Tesla offers to its employees, but considering the packages available in the US, I can only imagine that Tesla offers something similar in China. With that said, five insurance packages could include:

- Insurance for health and wellness
- Financial and retirement insurance
- Some types of family and parenting insurance
- Vacation insurances
- Employee discounts or other offers.

This is just speculation, of course, and with that, I will also add that it is not hard to imagine that Tesla offers better insurance brokerage deals for its employees. After all, Tesla launched insurance brokerage in China with great fanfare early in 2020.

Housing fund in China is, more or less, a type of social insurance. Employers and employees are mandatory to contribute to it, so I may imagine that Tesla is obligated by law to provide for a housing fund.

Visit Hrone for a great and simple explanation of the housing fund in China. Let me share a part of it with you now. It reads that "in 1999, Housing Fund was established, for the purpose of helping Chinese employees save money in terms of buying their own properties. By doing so, social stability and security have been guaranteed in China. Together with other types of social welfare programs, Housing Fund is legislated by the government at a national level, but all the local governments have the authority to set up the contribution rates on their own.“

Now, Tesla probably went over and beyond with the contribution to the housing fund in China. The company covers one housing fund (7 %) and adds on top of that „5% housing supplemental fund,“ as Ray4Tesla pointed out on Twitter.

Conclusion
Back in May 2020, the Tesla Giga Shanghai board officially canceled stock options as an incentive for employees. The company never brought back this kind of incentive, even though, according to some sources, these incentives kept the people working in Tesla factories. Now, this new probable benefits package I covered in this article may not sound as captivating as getting Tesla stocks. Still, I would wager that it is equally alluring too and beneficial to workers.