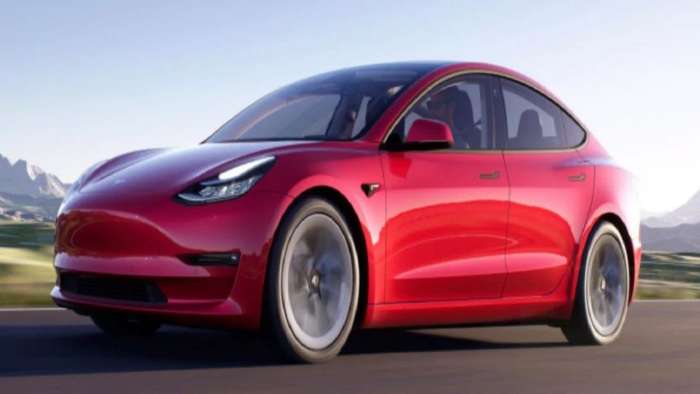 The Tesla Model 2, the End of All Other EV's

Tesla has said it can produce a Model 2 hatchback car for $25,000 that is fully autonomous, will use 4680 batteries, and get about 250 miles of range. When Tesla announces this compact, Model 2 vehicle, it will create mass adoption of electric vehicles, will be the end of all other electric vehicles, and definitely the end of all internal combustion engine vehicles.
Advertisement

Here's what the specs of the Tesla Model 2 compact car could be:

According to Tesla's Master Plan Part 2, the following statement was said:

"A lower cost vehicle than the Model 3 is unlikely to be necessary, because of the third part of the plan described below"

This third part of Tesla's Master Plan part 2 is for Tesla to continue to increase its manufacturing capabilities with its existing vehicles and to expand to the Tesla Semi and Tesla CyberTruck. This Master Plan doesn't mention the Model Y, but I believe the Model Y is the future compact SUV mentioned in the plan.

The Master Plan part 2 also includes autonomy and having your car make money for you when you aren't using it. And lastly, it includes building stunning solar roofs with seamless integration of battery storage.

So... where is the Model 2 compact then?

A Vehicle to Address All Major Segments

Even though the plan mentions that a cheaper vehicle than the Model 3 won't be necessary, I believe that this statement is false. At the end of the plan, Elon Musk says this:

The missing segment right now is a compact car, like the Toyota Corolla. Something that is cheap - between $15,000 and $25,000. In order for Tesla to address all major segments, it is going to have to build a compact vehicle. If Tesla doesn't do this, someone else is going to do it and if that someone reaches full autonomy, Tesla could find itself playing catchup.

Tesla will announce a compact car of some kind, which so far is rumored to be the "Model 2". Because the market is so vast for this type of vehicle, and many more millions of people will be able to afford a vehicle at this cost.

When Will We Hear About the Tesla Model 2?

I don't think we will hear about the Tesla Model 2 hatchback until near the end of 2022 or during 2023. The reason for this is by that time, Giga Berlin and Giga TX (Austin) will be online and producing cars, including the CyberTruck, and all the kinks and bugs from those processes will likely be fixed. At that point, Tesla as a company will start to have the bandwidth to mass produce a compact vehicle, the Model 2. Lastly, Tesla mentioned at its last Battery Day event in 2020, that a "Model 2" compact car will likely be released in 2023!

Tesla's 4680 batteries (which were supposedly recently spotted) will also help make the Model 2 a reality by reducing costs of batteries and increasing efficiency. It is believed that the Tesla Model 2 will get around 250 miles of range.

I think this timeline makes sense - the reason being is that level 5 Autonomy is still at least a few years away. By the time Tesla gets to a point it is able to mass produce its Model 2, level 5 Autonomy will start to happen and it will be the perfect time for inexpensive Robotaxis to start flooding the streets of the world.

We've had recent news of Elon Musk mentioning that the Model 2 won't be called the Model 2 and that it may not have a steering wheel or pedals and just function as a robotaxi for Tesla.

When Tesla starts to mass produce its Model 2, it is going to be the end of most other electric vehicles and definitely gas powered cars. The reason is that Tesla will be able to make the best performing, most efficient, and safest compact car in the world that will be able to drive around as a robotaxi with level 5 autonomy. Nothing can compete with this as Tesla has a staggering technological advantage over everyone. The Tesla Model 2 will even blow away the Toyota Corolla in sales.

What do you think about the possibility of Tesla producing an affordable compact vehicle? Will it be named the Model 2? Will Tesla announce this sometime before the end of 2022?

Benedict trump wrote on July 7, 2021 - 8:09pm Permalink
paid ad BS
DeanMcManis wrote on July 8, 2021 - 3:39pm Permalink
Tesla's Master Plan Part 2 was written in 2016. Tesla's more recent plans for vehicles were announced at their Battery Day even a few months ago where they specifically outlined their plans for a lower cost ($25K) car, since dubbed the Model 2. Even though the press is trying to advance the delivery timeline, Elon said it would be coming out in 2023. I'm sure that we will get more info on the entry level model later this year, and it may be built next year. One key point will be the mass production of 4680 batteries, and stamped frames, to drop the manufacturing costs to be lower than combustion engine (ICE) vehicles. The pilot 4680 battery factory in Fremont is working now, but I don't think that Tesla will be able to consider the "Model 2" for the U.S. until the new 4680 battery factories in Germany, Texas and Nevada get up to mass volume production next year. I think that China will start building a small compact hatchback Tesla using LFP batteries maybe as early as later this year, or early 2022. Both the Asian and European market are asking for a lower priced, more compact Tesla, along the lines of the wildly successful Renault Zoe. And I think that Tesla will build it within a year from now, but I am not certain that the new, smaller EV will be coming to the U.S. Also if Tesla can have one of the EV support bills go through to allow Tesla and GM to qualify again for the $7500 tax credits, then many EVs will be close to the $25K pricing once you add in the state and other subsidies. Of course that benefit would work for GM's Bolt as well, bringing it's net price close to $20K, and definitely under the $25K mark. So we will have to see how it pans out. Ultimately, EV price drops will benefit everyone.
Jeremy Johnson wrote on July 9, 2021 - 3:53pm Permalink
Thanks for this well thought out reply. I put an update in the article to mention the battery day event and Tesla saying 2023 would likely be when the "Model 2" would come out.
Lewis Ludwig wrote on July 23, 2021 - 10:53am Permalink
A great option if you are in a position to charge the car overnight at home. I would not touch an EV unless I could charge it at home.
Elliot Misa wrote on August 2, 2021 - 2:05am Permalink
I firmly hold the belief that EVs are the future, and i would definitely consider picking up a 20k Tesla, but it is plain delusion if you believe that a "Model 2" will be the end of combustion and other brands of EVs. There are still hundreds of millions of combustion vehicles on the roads and in lots, and they arent going anywhere anytime soon. There are still many people who cannot afford even a $20k USD car, and even if they could, an electric car may not be the answer for them, . I dont expect EVs to surpass combustion cars until at least 2035 or 2040, when theres a little more variety.
Eric wrote on September 26, 2021 - 11:27am Permalink
When one looks as Tesla as an Energy company and fits EVs into applications for the collection, storage, distribution and application of energy, then the usage and benefits of large battery packs in EVs expand beyond ICE. This will speed the acceptance of EVs since they will be significanly more economically viable with the added benefit to the owner (and society as a whole) as an intergral part of a larger energy storage and release system. Alternatively, what do ICEs vehicle contribute? The worldwide manufacture and sale of EVs will exceed ICE vehicles sooner than anyone previously expected...as will the collection and storage of solar wind and perhaps wave energy.
Victor Lepik wrote on January 27, 2022 - 3:00am Permalink
Fantastic future for Tesla but 250 mile range is not going to cut it with most consumers.
DeanMcManis wrote on January 27, 2022 - 2:10pm Permalink
And now the news comes out that the $25K Tesla is not coming out in 2022, and possibly not 2023 either. I still suspect that Giga Shanghai will start building a lower priced, smaller Tesla model specifically for the Asian and European market, that will fit smaller European roads, have less power and range, and use LFP batteries. But since such an EV is unlikely to be exported to the U.S. it doesn't really matter for us either way. There are many other automakers eager to fill the entry-model EV marketplace in the next couple years.
Jules wrote on February 10, 2022 - 8:57am Permalink
Future doesn’t use money and is community and all life driven, so obviously this will need near pay for itself in some sort of autonomous way from the beginning. Also along w re-wilding of the earth and humans being back again to visitors here, this vehicle will need make sense for those that can sense neo-function-ally (or it can’t be). Sure none can get this lost in their primitive survival minds. Creative means new, so won’t make sense to old operating systems (greed/ superficiality). Of course the tech will “magically” appear and this is all very simple in general. Everyone else going more meta, so not so much planetary physical. Mobility the key . Ego isn’t driving the future now. Everything has to align to this or quickly fall by wayside.