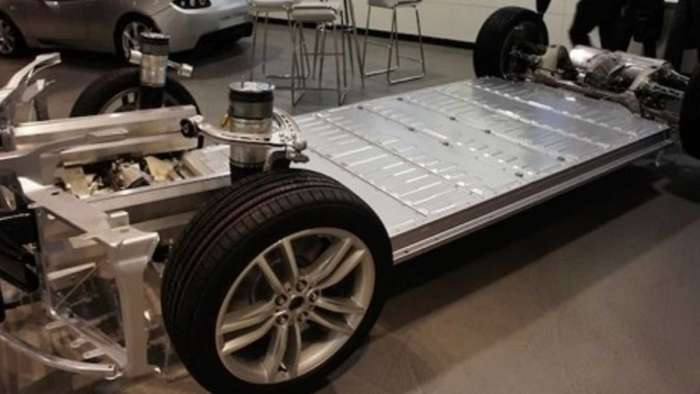 There was a recent set of Tweets by the Twitter user @matty_mogul about Tesla's battery advantage over its competitors. The gap is HUGE. Let's go over his findings.
Advertisement

There are several factors that make up the efficiency of a vehicle's battery pack. They are: battery kWh, EPA range, and vehicle weight. Recently the Twitter user, Matt Joyce (@matty_mogul), put together a few charts and graphs showing Tesla's staggering battery advantage over its competitors.

Let's take a look at this chart showing the core efficiency based on battery kWh, EPA range, and vehicle weight. The higher on the chart per vehicle weight, the better. Tesla is leading all vehicles with its core set of vehicle types (Model S, Model X, Model Y, Model 3 Long Range, Model 3 Standard Range).

The number one reason to bet on $TSLA? Core Efficiency. @Tesla edge leads to the best EV value prop by far.

How do you do it @elonmusk? pic.twitter.com/paWiLtusIU

Efficiency based on weight

One thing that would be nice to see is each vehicle with its weight next to it in a chart. Fortunately, Matty produced a table of data that includes the vehicle weight. We can see the data from this below:

I think this table gives an even better understanding than the visual graph earlier about the advantage that Tesla has over its competitors. Tesla's efficiency ratings for ALL of its vehicles are in the low 5.0 range. The next nearest competitor is at a 6.6. What does this mean?

Why does any of this matter? The reason it matters is because you will get the most bang for your buck when buying a Tesla vehicle. This means you will get the longest range, greatest efficiency, per dollar you spend with Tesla than any other vehicle. For other vehicles to get the same range as Tesla, they would have to add weight with additional batteries, which would cost more to produce, and they would either need to increase their prices, or sell their cars at a loss.

Tesla is going to be producing cars, probably by the end of this year, that will use its new structural battery pack with 4680 cells. This is Tesla's next version of its battery pack and will provide even greater efficiency and range than its vehicles have now.

DeanMcManis wrote on July 6, 2021 - 9:06pm Permalink
While it is interesting to look at the numbers, I believe that your Core Efficiency calculations are fundamentally flawed. The way that you calculate the weight in tries to justify the bigger vehicle's greater weight by showing more efficiency per pound. But ideally, you always want lower vehicle weight/drag and provide better efficiency, leading to more range. When I plug in my next EV, the Aptera. The top range model is supposed to weigh 2200lbs, have a 100kWh battery, and go 1000 miles per charge. Using your formula the Aptera has a 4.55 Core Efficiency, which is just a bit better than the Model X despite weighing almost 1/3rd as much and having almost 3 times the range. And the Base Aptera with a 25kWh battery, 250 mile range, and 1,850lb weight, manages a lower 5.4 Core Efficiency rating. I think that weight should not be included because how far your EV actually goes on a given charge, is the valuable number to look at. Looking at it from a traditional gas car's efficiency, your miles per gallon doesn't have a weight component in it's calculation. And the same goes for EVs. I agree that Tesla is well ahead of other automakers in their battery development and efficiency. And further, I agree that the 4680 batteries show great promise in terms of design, longevity, and energy efficiency, and also in terms of being cleaner, quicker and easier to produce than traditional batteries. But the best calculation for EV efficiency is simply the actual average miles driven for a given amount of energy used (miles/kWh).
Taras wrote on July 7, 2021 - 4:24pm Permalink
This is very interesting argument, but Aptera is nowhere near ready to hit the road, so it’s only speculation.
DeanMcManis wrote on July 8, 2021 - 5:03pm Permalink
I just used Aptera as an example to highlight the fact that the weight component in the Core Efficiency calculation shouldn't be included. Any lighter weight EV would serve as a good example, but the Aptera's very light weight and much higher efficiency shows off the flaw very well.
Larry C. Lenard wrote on March 31, 2022 - 8:15am Permalink
I am teaching a 9th grade physical science class. We are studying efficiencies of machines. I want to be able to compare the efficiencies of a diesel Mercedes to the Tesla S. The engine efficiencies seems misleading, with the diesel maybe at 50% and the Tesla electric at 80%. Is there data on the complete system for the Tesla and the Mercedes?