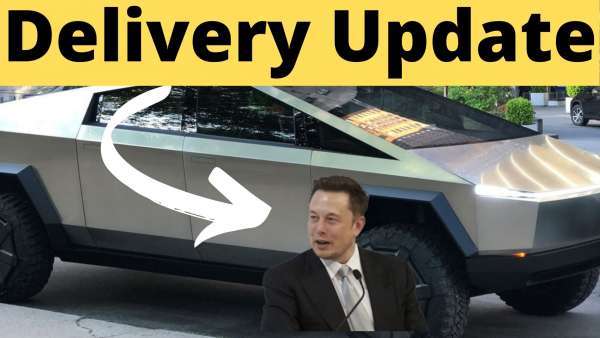 In a Letter to reservation holders, Tesla made a new update on the Cybertruck delivery status, writing Cybertruck production will begin in 2021.

Cybertruck reservation holder @peytonlschaefer/Twitter, tweeted that Tesla's team contacted him. In the letter, the company confirmed earlier statements by its CEO Elon Musk that production of the Cybertruck will begin in late 2021. The message says:

"Hello from Tesla! Congratulations on taking the first step to becoming a Tesla Owner! The Cybertruck will start production in late 2021 and will be an exciting time for everyone. We have exciting news! We opened a new location in Fort Myers! Since the Cybertruck has yet to be released, we would like to extend an invitation to test drive a Model that is currently available. We have the Model 3 and Y available for test driving.

When I read the letter updating Cybertruck's production status, I thought Tesla is inviting the Cybertruck reservation holder to test drive the electric pickup truck, but then I quickly realized it's about test driving what's available: namely the Model 3 and Model Y.

According to the Tasmanian, Tesla "is currently focused on building the pilot production line at the Fremont factory. In addition, the company is planning all the details of how the line will operate at Giga Texas, which will save several months of time before production starts. The point is that the team must learn how to properly operate the equipment and acquire the necessary knowledge about the production process. Typically, such training can take from several weeks to months, however, Tesla will do it even before the production equipment is installed at Giga Texas. In addition, the team currently undergoing training was asked to arrive in Texas in June to begin work."

I was looking at the comments under the original tweet, and one person says Tesla has been hyping a late 2021 production start since day one, and that data is still on its order page (see below). He says "note that $40k truck presumably the one most reservers would want, isn't listed for sale until late 2022."

I can't confirm this, but another person says the single motor Cybertruck actually has the least demand out of the 3 models. "That's why it's the last to release," writes Justin Caivano.

Another user, named Cody Sainly, says "Is this only for the people that reserved the base Cybertruck model? I reserved the tri-motor and have not received this."

"Same here - reserved a tri-motor Dec 29th, 2020 and haven't received anything like this," writes RonWebb64 on Twitter.

Toyota vs Tesla: Which Stock To Buy These Days
For Some Former Daimler Managers Daimler Is Authority, While Tesla Is Like a Startup
END_OF_DOCUMENT_TOKEN_TO_BE_REPLACED