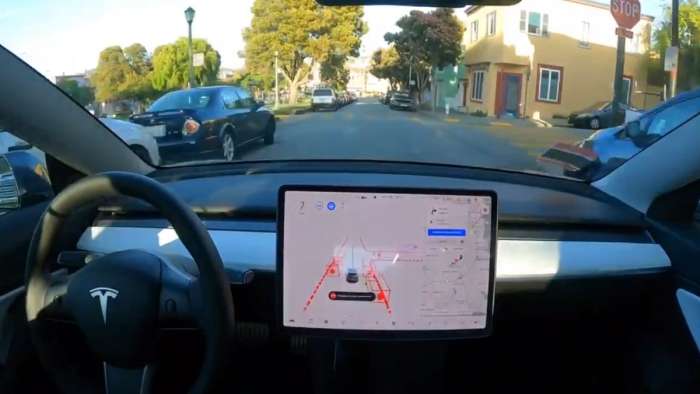 Is Level 5 Full-Self Driving Ever Going to Happen?

Level 5 full self-driving is when a car no longer needs human attention to drive anywhere. Essentially, the car can make decisions about how to drive from one location to another without any need for human intervention. Today, we are at around level 2 or 3. How far away are we as a society from this? Is it months, years, or decades? What are the implications? Let's see!
Advertisement

Where we are at today

Tesla is moving to a pure vision approach for full self-driving. Other companies, like Waymo, rely on radar and lidar to do full self-driving. Nobody has reached level 5 autonomy yet and I'd go even further to say that level 4 is debatable. Tesla has giant Giga press's in multiple Giga factories that will make more and more cars to gather data for its neural net.

Some think that Tesla today with its full self-driving is at level 4 autonomy. I wouldn't go that far yet, but I have seen cases where a Tesla drives itself from point a to point b without any interventions from the driver, which is impressive. Imagine relaxing in a Tesla Model S Plaid while the car just drives you where you want to go!

Here's an example of a drive, from the Twitter user, Whole Mars Catalog, with 0 interventions:

Elon Musk says in this video that Tesla cars have all the necessary equipment for full self-driving. All that is needed now is to improve the software.

Here's an example of Tesla's pure vision system picking out a car on the right, whereas the human eye will just see a blur:

There is also going to need to be a large neural network with a very high trained dataset that can catch 99.999+% of all cases on the road. It will have to be able to recognize almost every object on the earth, including road signs, vehicles, people, animals, weather – anything, and know how to react to it.

The software will also need to be able to be excellent at adjusting to situations. In a busy street with people walking around, it will need to drive a little more cautious. Where it doesn't quite have full visibility, or there is an unprotected left turn, it will need to know to creep forward and gather more information while maintaining safety. It will need to perfectly calculate when it can go for a turn without causing an accident.

What about the "corner" and "edge" cases?

If someone creates the software and neural net to handle the 99.999+% of "normal" cases, that will get things very close to level 5 autonomy. But there will be one thing missing – the ability to handle the "corner" and "edge" cases.

What does the car do when there is a hailstorm, or certain cameras or parts of the car aren't functioning or are destroyed?

What does the car do if someone stands in front of it and doesn't let it go in a crosswalk? If that someone is being a jerk or doing it for no particular reason, and constantly blocks the car, what should the car do?

How should the car handle odd police blockades and construction that is confusing even to a human? What should it do?

What should the car do if a meteor hits the road in front of it and destroys all the lines and makes everything impassible? How does it handle that?

These are just a few examples of strange cases that are VERY RARE, but not impossible.

Who will get to level 5 autonomy first?

On the Tesla website, you can clearly see that in the Model S Plaid pictures, gaming is a focus from the middle console to the one in the back seats. And there is an emphasis that you can game from any seat. Interesting – why would Tesla promote this so heavily if it wasn't confident that it was close to solving autonomy?

My bet is on Tesla because I believe it will be able to map the real world and all the scenarios needed for driving that are constantly changing and evolving. I don't think use of lidar and radar with mapped roads will get to level 5 autonomy, because constant mapping will need to be done and the car will be "dumb", unable to handle "corner" and "edge" cases.

When Tesla starts to build a neural net and data set that gives it great confidence throughout the entire world, we are going to see repeated drives with 0 interventions everywhere. We still won't have the answer to the "corner" and "edge" cases at that point though.

I believe Tesla will solve those eventually, but it won't be until the level of intelligence of the AI is able to learn more than just from the typical traffic patterns of the world. It will need to be able to read and understand beyond that and evolve as intelligence so as to make decisions. When this happens, it's going to be both exciting and frightening.

Tesla has a lot of money. It's going to only make more profit if the new tax credit bill for electric vehicles goes through. I hope it keeps investing in its full self-driving software in order to solve level 5 autonomy.

I believe Tesla will be the first and that many others will get there afterward and that by 2024, level 5 autonomy will be reached by Tesla. Yes, level 5, which will be good enough to be autonomous by law. Hold me accountable when January 1, 2024 comes!

The implications of level 5 autonomy

The implications of level 5 autonomy will be reduced taxi/ride-hailing costs, especially as Tesla drives costs down with their manufacturing. Many people won't need to own a car. Eventually, autonomous cars will be worldwide. Car ownership will become like collecting an antique or a rare baseball card due to the low cost of ride-hailing from level 5 autonomy.

David radzieta wrote on October 15, 2021 - 11:28pm Permalink
Nissan has been using level 5 address to address for about 5 years now in Japan. I remember they ran some commercials about it 5 years ago with a steering wheel that actually folded into the dashboard. The roads in japan are impeccable. A couple years ago they were doing lots of level 5 testing on unmarked roads in England. So the answer us yes level 5 is here. The answer for Nissan is that they will not sell sonethibgvthat is not 100% reliable. Unlike some other car companies.