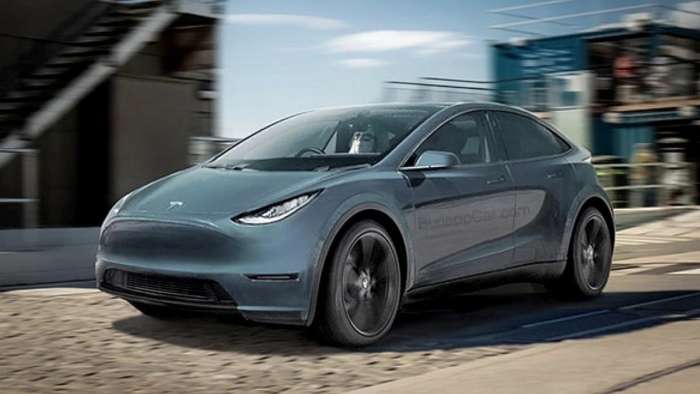 Tesla has been thinking of creating a $25,000 model for a long time. This car would be called the Model 2. Incentives and gas savings have the potential to turn this car into a money saving machine.
Advertisement

Tesla Model 2 is planned to come out in next few years. The Tesla Model 2 isn’t even expected to be unveiled until the end of this year. That means production could be as much as 2 to 3 years away. If the Model 2 is released, it will be a very important vehicle for Tesla. It will also be a main staple in the Electric Vehicle industry. This car has the potential to sell lots of units for Tesla. The Model 2 could help lower the price of the Model 3 by decreasing demand for the Model 3. Many of those buyers would opt for the smaller and cheaper Model 2 instead. This is important because the Model 3’s price has been raised in recent weeks.

Where we are at now

with fuel savings, cheaper than a Mac Pro @elonmusk

The list of potential incentives on a $25,000 car is a long one. There are a good number of incentives that require many conditions in order to qualify for them. For example, the first incentive listed here is a California clean fuel reward. This is a $1,500 incentive, and unfortunately it only applies to residents of California. There is also a clean vehicle assistance program listed that is a $5,000 program. Another incentive is a clean cars for all grant which is worth $5,500. After you take delivery of your vehicle, there is then a clean vehicle rebate project that is $2,000.

Adding up these incentives

If an individual qualified for all these incentives, they could get $14,000 or more shaved off the purchase price of a new vehicle. With all these incentives, a new Tesla Model 2 could be less than $11,000. According to many sources, the cheapest car sold in the U.S right now is the 2021 Chevrolet Spark. The Spark is priced at $14,395 for the base model LS.

Impacts of these Incentives

Many of these incentives have income and eligibility requirements. One of the incentives listed above applies to all California residents. The last three incentives appear to have income
requirements attached. This means that the dollar amount listed for them will likely not apply to every single car buyer. The incentives are likely to be bigger than the numbers listed for lower income car buyers. At first Tesla was a car that was priced for people who were making at least six figures for their yearly income. Now the Model 3 has come out, and that has expanded who can afford a Tesla to even more people.

These incentives are topped off with $4,300 worth of savings on fuel over six years. If these incentives kick in, entry level Tesla’s will become perennial top sellers. What's more, there will be many people who will be able to afford a Tesla who previously could not.

Check out this article about how Tesla is on a hiring blitz for their Austin Gigafactory. It is inevitable the Model 2 will be produced in one of these new Gigafactories.

Mark wrote on March 31, 2021 - 12:42am Permalink
The incentives can really make this a steal. The devil is in the details of actually making a profitable small car. American manufacturers have struggled to make small cars pay for years and have resorted to Korean and Chinese products to do so. I also believe that the entire point of incentives is to let maker raise prices to profitability until the market developed enough to actually make incentives unnecessary. The solar market is the example here.
DeanMcManis wrote on March 31, 2021 - 2:04am Permalink
I'd like to be optimistic, but I think that Tesla's 400K sales allotment to get the $7K from the fed subsidies will be long exhausted well before the $25K model is available to buy. Even if the $25K model is pushed up to mid-late 2022. The CA clean vehicle rebate is an either or choice with the MOV sticker. You can't have both, and most commuters will forego the $2K cash for the commuter lane access. As opposed to the Chevy Bolt which sees significant discounts, and will also get the $7K subsidies, and see a $25K net price this year. Many Tesla discounts are absorbed with tempting options that drive up the bottom line prices. So like the $35K Model 3, I think that actually getting out the door with a $25K Model "2" will be rare, let alone for less. I would be very happy to be wrong here, but historically it hasn't worked out that Tesla owners see those added discounts in the end, so far.
Mike Manz wrote on March 31, 2021 - 4:14pm Permalink
So, should I wait to purchase a Tesla or can I purchase one now and be able to use the incentive on taxes once its approved?
DeanMcManis wrote on April 1, 2021 - 8:37pm Permalink
I don't think that tax subsidies will be given for cars purchased before the bill is passed, but I could be wrong.