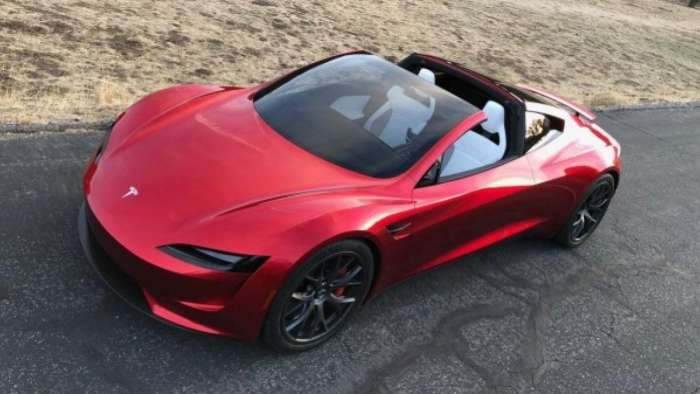 Tesla Roadster, the fastest car in the world, designed to even float in the air

Tesla has been a totally disruptive company from its very beginnings, which precisely started with the production of the first generation of the Roadster, when they developed it back in 2006. After that came an incredible series of milestones and achievements in the electric vehicle sector, which also expanded to other areas.
Advertisement

Tesla Roof and solar panels, batteries (Powerwalls, Megapacks), in addition to the Cybertruck, the Tesla Semi and other Tesla wonders that are widely known to the public and for which detailed information can be found everywhere.

But going specifically to the new version of the Roadster (when first unveiling the next-generation Tesla Roadster in 2017, Musk said that it would come to market in 2020), both the design and the technical specifications were really mind-blowing to say the least, for any regular person coming or not from a technical field. It is what we can fairly call a supercar; let's see some basic data: 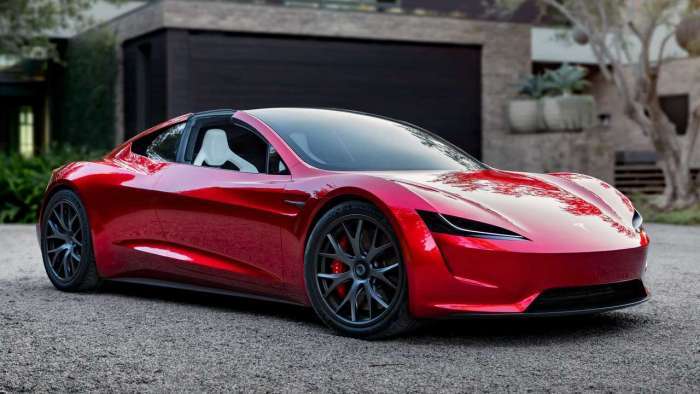 It is designed for performance and aero efficiency: as an all-electric supercar, the Roadster maximizes the potential of aerodynamic engineering - with record-setting performance and efficiency. It is he first supercar to set every performance record and still fit seating for four. The Glass roof is an exquisite design touch: a lightweight, removable Glass Roof stores in the trunk for an open-air, convertible driving experience.

Elon Musk confirmed that the production of Tesla’s new Roadster won’t start until next year (2022): he twitted in January this year that Tesla was “…Finishing engineering this year, production starts next year. Aiming to have release candidate design drivable late summer. Tri-motor drive system & advanced battery work were important precursors.”

Musk previously said that Tesla will offer a “SpaceX package” that would include cold air thrusters to give the Roadster even higher performance. In a (now famous) interview with Joe Rogan, the CEO said that Tesla was really planning on incorporating this technology and make the vehicle hover (literally): “We are going to throw some rocket technology in that car. I want it to hover. We got to figure out how to make it hover without killing people.”
During that interview with Joe Rogan, Musk also discussed potential restrictions to make the electric supercar hover in a safe way: “… I thought maybe we could make it hover but not too high. You make it hover like a meter above the ground or something like that. Something where if you plummet, you blow the suspension, but you are not going to die. Maybe 6 feet. You probably just put a height limit on it.” 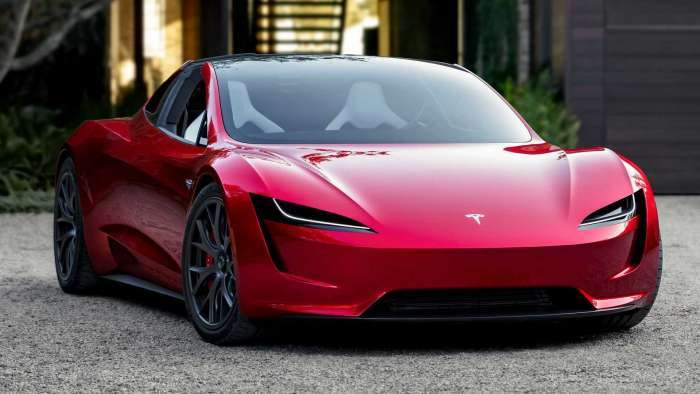 As regarding to being able to move while hovering, he said that “…you’d go pretty fast, but you are going to be time-limited. It’s going to use a super high-pressure air bottle. The standard version will have a back row with two small seats, like child seats in a Porsche or something, or if you get the SpaceX option package then in that place where those two seats is a high-pressure carbon overwrapped pressure vessel, something at around 10,000 psi, and a bunch of thrusters.”

When compared to an existing, iconic luxury car like Bugatti Chiron, the new Tesla Roadster has a lower top speed, but it accelerates much faster and boasts a considerably higher maximum range. It isn't just faster, but much more affordable (way more affordable...) and subjectively better-looking (in my opinion).

As I mentioned earlier, Musk had in January (2021) hinted that the Roadster, which was originally set to be launched last year (2020), would be released in late summer of 2022. "2021 has been the year of super crazy supply chain shortages," Musk tweeted. "Assuming 2022 is not mega drama, new Roadster should ship in 2023."
I personally hope to see the Roadster become widely available by 2023; again, if everything goes well.

John Goreham wrote on October 1, 2021 - 5:58pm Permalink
Did Tesla deliver a Gen 2 Roadster and I missed it? If not, how is it "The fastest car in the world." Wouldn't that be the Model S Plaid?