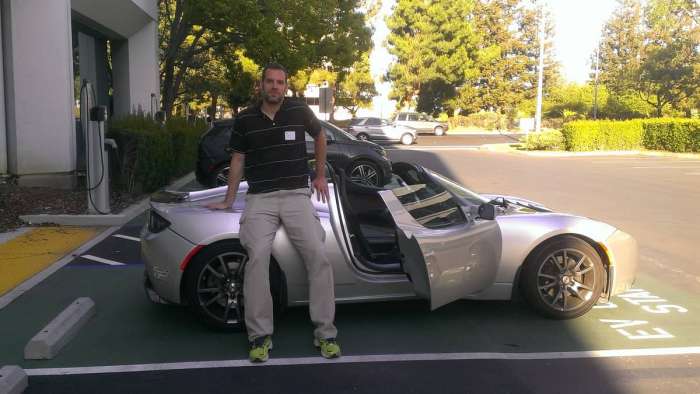 The Original Tesla Roadster and Beyond

In May, 2015, I had the honor of having my first Tesla car ride. It was in the original Tesla roadster with a friend in California. Let's talk about the Tesla Roadster then, now, and in the future.
Advertisement

A friend of a friend took me on a ride in the original Tesla Roadster and it was in that moment, that I knew there was something different about Tesla and its cars. I barely even fit in the passenger seat because I'm so tall, but the quick speed and acceleration, and just the overall general feel of the car made me curious to learn more. My friend bought her Tesla Roadster used for around $60,000 I believe. It was a small car and very light.

Looking at it now, it seems like an ancient vehicle, especially when compared to the Tesla Model S Plaid. But the car has multiple screen displays and was very advanced for its time.

Current state of the Tesla Roadster

There's been talk of a next generation Tesla Roadster for a long time. Following a Twitter thread from Elon Musk, we can learn a little more about this.

The Plaid carbon-wrapped motor is arguably the most advanced motor on Earth outside of maybe a lab somewhere. We have to keep some secrets!

We have a few ideas for increasing torque & max rpm even further for new Roadster. Definitely fun & exciting engineering ahead!

We can deduce that the Tesla Roadster will likely be superior to the Tesla Model S Plaid in acceleration, performance, and range. One of the primary reasons for this will be because the car is much lighter and can thus go faster with less weight to pull.

What to expect in the future from the Tesla Roadster

Elon Musk describes the rapid acceleration like a hardcore roller coaster and probably not wise for those with a medical condition. Which probably rules me out sadly. Still, once production of the Roadster is complete, I can see it being used on race tracks.