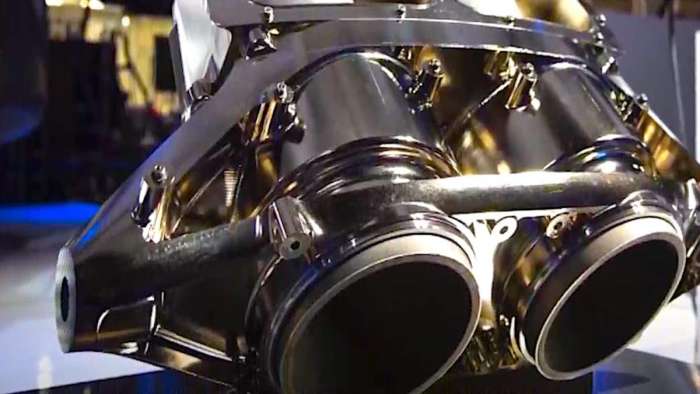 The G Force You Can Expect From A SpaceX Package Roadster

Excitement rose recently about the possibility of a Tesla Roadster expected to become available next year that might be outfitted with a “SpaceX Package” that could help accelerate the EV from 0 to 60 mph in an estimated 1.1 seconds. Which begs a question: What will it feel like? Here’s the kind of G-Force pressure you can expect on such a wild ride.
Advertisement 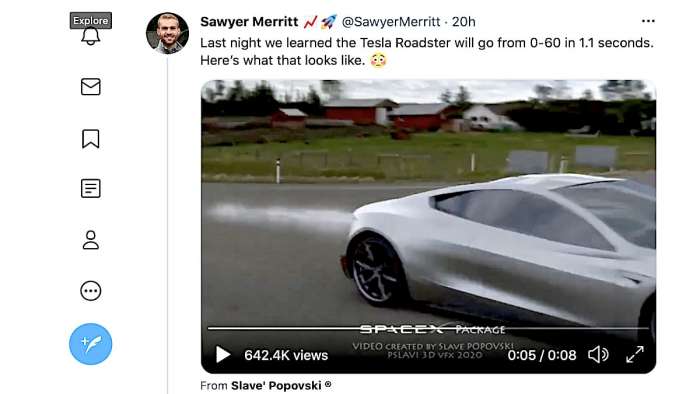 As noted in a recent Torque News article written by Tinsae Aregay, not only will the Roadster morph into a new design overhaul, but that Tesla will possibly offer a “SpaceX Package” that will essentially rocket a Tesla into new automotive records. He writes:

“On top of Musk giving us more tidbits, Tesla’s Roadster display at the Petersen Automotive Museum also revealed never before shared information regarding the spec of the SpaceX Package Roadster.”

“According to the plaque giving a small description of the vehicle, it reads “Demonstrating the versatility of electric power and adding extra distinction to the car’s already high performance, an announced SpaceX package would outfit the Roadster with cold air rocket thrusters positioned at the rear, allowing for a 0-to-60-mph acceleration time of 1.1 seconds.”

Here’s a YouTube Video showing a concept creation video of what a Tesla Roadster outfitted with a SpaceX Package might look like following blastoff with a little discussion about its cold air thrusters:

Want to see it again with just a clip of the car in motion? I did (more times than I can admit). Here it is again:

What To Expect From The Ride

With the reputed Tesla Roadster takeoff being rocket assisted, will the G-forces be anything like what an astronaut goes through during a launch? Bear in mind about 9 G’s in most humans leads to a blackout as blood flow to the brain becomes seriously limited. Astronauts typically experience about 3 G’s of force during a launch and are outfitted with G-suits and training on how to flex specific muscles to counter the G-forces.

Closer to earth, the Tesla Roadster takeoff will not be like the mythical JATO accessorized Chevy Impala that crashed into a cliffside reported in the Darwin Awards years ago and discounted by the popular Mythbusters TV show afterward. 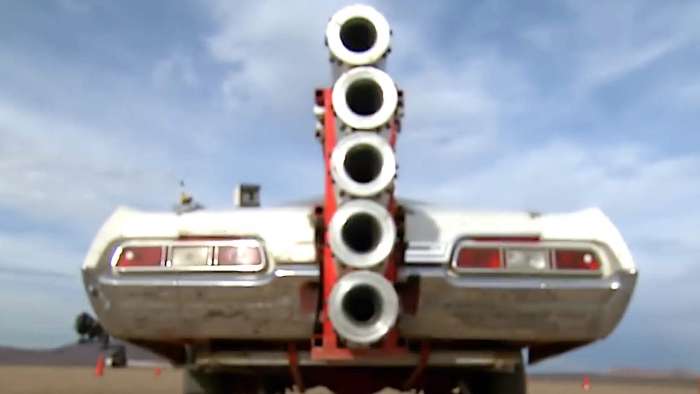 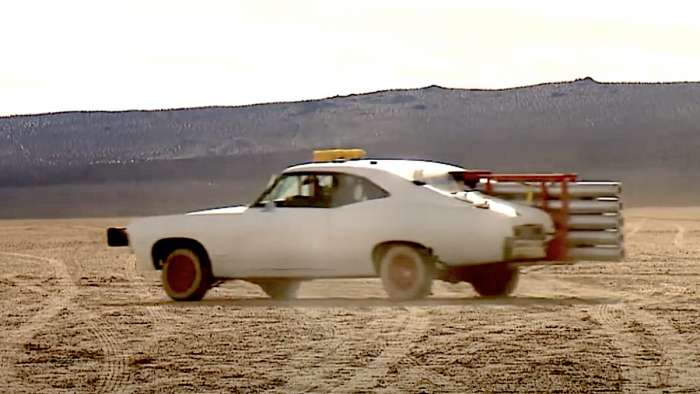 And The Answer Is…

What we can expect, however, is what some simple physics has to teach us. According to basic G-force calculations explained:

Calculation of the g-force at accelerating or braking in a straight line motion. 1 g is the average gravitational acceleration on Earth, the average force, which affects a resting person at sea level. 0 g is the value at zero gravity. 1 g = 9.80665 m/s² = 32.17405 ft/s². To reach this value at a linear acceleration, you must accelerate from 0 to 60 mph in 2.74 seconds.

So, to achieve 1 G linearly, the Tesla would have to go from 0 to 60 in 2.74 seconds. No problem there. However in 1.1 seconds, the value comes to almost 2.5 G’s using an online Gravity Acceleration Calculator for Linear Motion. In other words, you are really going to feel it! Hence, the added coolness of it.

For more about the Tesla Roadster, here is a recent article that discusses the original Roadster and how much it has changed over the years.

Plus, here are the latest images and video showing the side repeater camera on a Tesla Roadster.

DeanMcManis wrote on May 21, 2021 - 8:47pm Permalink
That 1.1 second 0-60MPH estimate was based on the YouTube channel Engineering Explained mathematical analysis estimating the quickest possible acceleration based on the specs provided. The great advantage of the Tesla Roadster with potentially 10 cold air thrusters added is that they could potentially achieve better acceleration, braking, and handling than any other production car in the world, because all other cars are limited by the traction capabilities of their rubber tires. Tesla does have experience with cold air thrusters from Space X engineering projects, but it still remains to be seen if it can be translated to automotive use anytime soon. If they can it will be an amazing victory for Tesla EVs against gas powered cars that have been undefeated in their performance capabilities for more than a century.
Timothy Boyer wrote on May 22, 2021 - 5:04pm Permalink
One interesting thing I've read are discussions debating whether dead start or rolling start should be used in timed trials. Multiple factors play into a dead start. I imagine with cold air thrusters there will be further debate on whether this confers an unfair advantage that does not address what some people really consider to be the real performance factors that matter to them and others. It's all good though. Tech is tech.
DeanMcManis wrote on May 23, 2021 - 4:04am Permalink
If by dead start or rolling start that you mean including a 1-foot rollout, or not, it depends on the country of origin. In the U.S. all magazine recording of acceleration for the last 60-70 years has been done at a drag strip, which records acceleration starting when the tire breaks the starting beam. This results in a 0-60 time that is 0.1-0.3 seconds quicker than recording acceleration from zero rotation of the tires. And similarly European acceleration measurements record 0-100KPH, which translates to 0-62MPH, which again is a couple tenths of a second slower. So the combination of those two differences in measurement result in a slower comparative time using European measurement, but since all professional timing gear includes both measurements I think that automakers should all include both, just as they do for U.S. and metric measurements.
Timothy Boyer wrote on May 23, 2021 - 3:35pm Permalink
I agree, automakers should, but it's all about the pitch and what they think consumers want to hear. Thanks for the info!