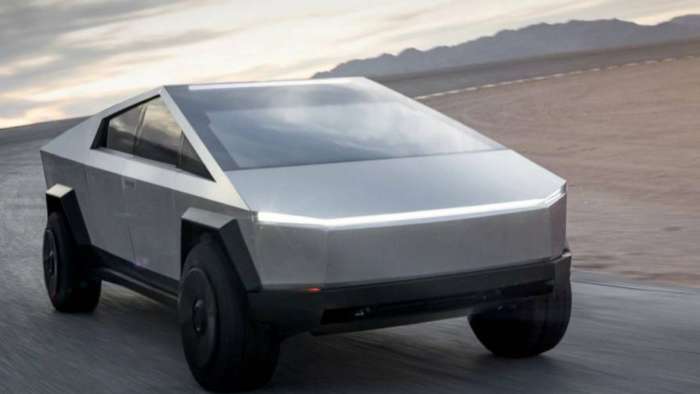 When the Tesla Cybertruck was introduced, the first thing that caused a great visual impression, and even a certain mixture of rejection and amazement, was precisely the design of the body: the straight and angular lines, the post-modernist aspect mixed with a certain touch of science fiction (Blade Runner, the iconic movie from the 80's always comes to mind), plus the aggressive and futuristic design left no one indifferent, both for and against Cybertruck.
Advertisement

Basically, the Cybertruck is an all-electric, battery-powered, light-duty truck announced by Tesla a couple of years ago (November 2019). Three models have been announced, with EPA range estimates of 400–800 kilometers (250–500 mi) and an estimated 0–100 km/h (0–62 mph) time of 2.9 - 6.5 seconds, depending on the model. The stated goal of Tesla in developing the Cybertruck is to provide a sustainable energy substitute for the roughly 6,500 fossil-fuel-powered trucks sold per day in the United States.

Certainly, the positives far outweighed the negative views on its design. This was very evident in the volume of reservations made through the Tesla website: they far exceeded expectations. It is a combination of a battery pack of incredible technology and capacity, plus the availability of an autonomous driving software package (FSD, which just this week is in beta testing phase in the other Tesla models) plus the fact of having that cutting-edge design already mentioned (in addition to the fact that it is an all-electric truck), and several other extremely important details, make the Cybertruck an object of desire for thousands of people who impatiently wait for their deliveries. 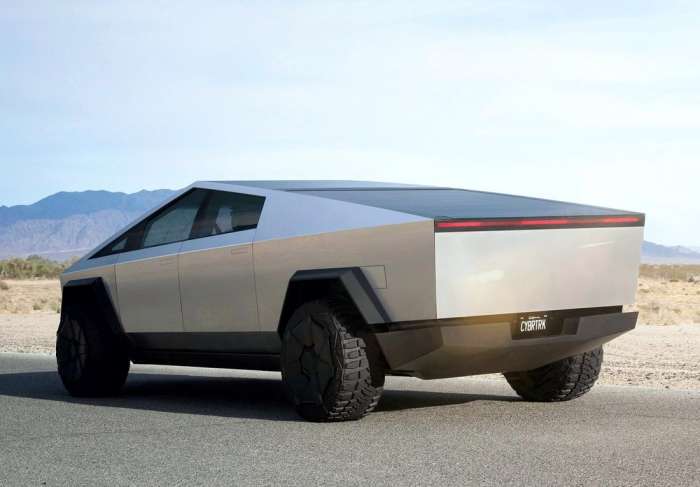 In this article I want to focus specifically on the body of the Cybertruck: I want to comment on how incredibly good the idea of making a Monocoque type exoskeleton is and how this is reflected in a number of advantages. Chassis can be considered an under-appreciated part of a car. Not a lot of people know about them and even fewer people care about them. Here is a very short explanation of the types of chassis normally used in the auto industry:

Ladder Frame Chassis: one of the oldest chassis, the ladder chassis gets its name from the shape it has which, simply put, is like a ladder. It has two long and heavy beams which are supported by two short beams. The main selling point of the ladder chassis was how easy it was to manufacture. During the beginning of the era of the automobile, technology was not really advanced and the simplicity of the ladder chassis made it easier to mass-produce. The chassis also makes the car assembly easier. The ladder chassis is quite heavy and thus still finds use in vehicles that need to tow heavy stuff around.

Backbone Chassis: it also gets its name from how it’s constructed. A rectangular cross-section cylindrical tube through the middle of the chassis that connects the top and the bottom suspension: the backbone. It’s present in cars like Skoda Rapid and DMC DeLorean. The cylindrical tube actually covers the driveshaft thus making it safer from getting damaged which can also be a disadvantage.

Monocoque Chassis: a unibody structure, it too gets its name from its structural look. Monocoque being french for ‘single shell’ or a ‘single hull’. The monocoque was first used by ships and then by aeroplanes. It took quite some time to figure out that they can be used in cars as well. A monocoque is a shell around the car made by using both chassis as the frame in a single construction. This is the most commonly used chassis right now due to the number of advantages it has over the other two chassis.

Tubular chassis: tubular chassis were mainly used in race cars due to the unrivalled safety they provide. These were an upgrade from the ladder chassis as they were three dimensional and were stronger than ladder chassis. They employed the use of a strong structure below the doors to get more overall strength. Tubular chassis are rarely used on passenger cars.

I will focus on the Monocoque Chassis. The Advantages are: a) It’s safer than both the other chassis due to its cage-like construction; b) The chassis is easy to repair as well; c) It has superior torsional rigidity. There also some disadvantages: a) the chassis is obviously heavy as it’s both the frame and chassis as one single entity; b) producing it in small quantities is not financially feasible and thus it cannot be used for trucks that are not mass-produced.
Going back to our main focus, which is the Cybertruck: Tesla uses an exoskeleton to make it as tough as a body-on-frame vehicle without the weight penalty. Elon Musk said the following at the electric pickup truck's presentation:
“We moved the mass to the outside. We’ve created an exoskeleton. The way that trucks are normally designed, you have a body-on-frame, a bed-on-frame. And the body and the bed don’t do anything useful. They are carried like cargo, like a sack of potatoes. It was the way that aircraft used to be designed when we had biplanes, basically. The key to creating an effective monoplane was a stressed-skin design. You move the stress to the outside skin. Allows you to do things you can’t do with body-on-frame.” 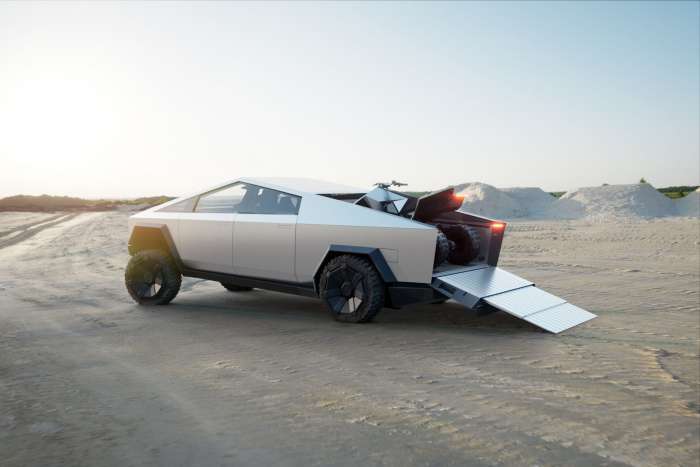 According to Sandy Munro (no need to introduce him at this point, I guess, as he is widely known in the industry), “… What the exoskeleton does is to get rid of the requirements for internal longitudinals, stiffening ribs, and things like that because the structural skin would be doing all the work. What you are really doing is getting rid of roof bows, door surrounds, and things like that. They may still need an extra structure for where the hinges are. At the end of the day, you’re looking at a product that will still be self-supporting.”

Munro also added that “...It’s going to be slightly lighter than if I would have done a body-on-frame and slightly heavier than a monocoque design. The structural element of the outside skin is going to save quite a bit of weight. Having the frame made out of aluminum – instead of the steel it is normally made of – that’s also going to make it a little bit lighter and a little more nimble. It’s a little bit better than what you’d find with a body-on-frame and maybe a smidge heavier but a lot more rigid than if you have a monocoque design.”

The Cybertruck is built with an exterior shell made for ultimate durability and passenger protection. Starting with a nearly impenetrable exoskeleton, every component is designed for superior strength and endurance, from Ultra-Hard 30X Cold-Rolled stainless-steel structural skin to Tesla armor glass. They point out that with the ULTRA-HARD 30X COLD-ROLLED STAINLESS STEEL, “...if there was something better, we’d use it. Help eliminate dents, damage and long-term corrosion with a smooth monochrome exoskeleton that puts the shell on the outside of the car and provides you and your passengers maximum protection.”

As I said at the beginning, the Cybertruck has all the elements available to beat the competition by a huge margin, be it ICE trucks or other BEV trucks, just considering the features of its Chassis design, the exoskeleton. I can easily understand the impatience of the people who have been waiting months for their orders , and in some cases, years. Hopefully, we will have the Cybertruck on the roads by 2022, if everything goes well at Giga Texas.

NMK wrote on September 30, 2021 - 10:59am Permalink
By the time this truck comes out we wont be driving electric vehicles anymore.
DeanMcManis wrote on October 1, 2021 - 1:54pm Permalink
With over 1,000,000 people waiting, Tesla really needs to move forward with their Cybertruck production ASAP!