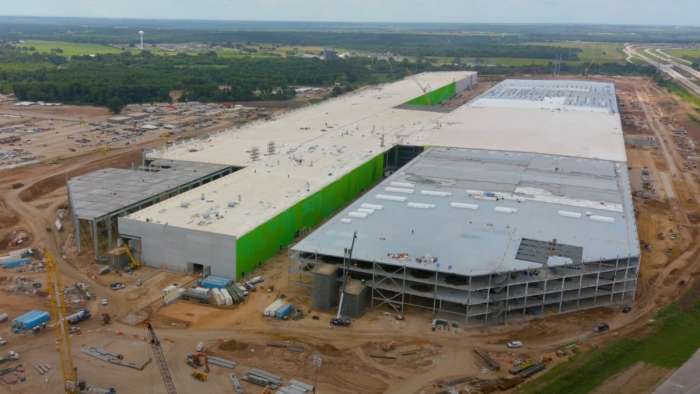 Elon Musk reiterates his belief that Tesla could overtake Apple as the world’s most valuable company. Musk says the key to achieving this goal is Tesla’s lead in manufacturing technology.
Advertisement

And in December 2020, Elon Musk revealed that, during the most difficult part of the Model 3 ramp, he reached out to Apple to make a deal. Elon said, he planned to discuss the possibility of selling Tesla to Apple for 60 billion dollars.

After the recent rally in Tesla’s stock price, which has increased the EV maker’s market cap to over 850 billion dollars, means Musk was considering selling Tesla just 4 years ago for one-fifteenth of its current price.

Related news: Elon Musk Thanks Tesla Employees For The ‘Most Hardcore Delivery Push’ In A Leaked Internal Memo

And Apple with over 200 billion dollars of spare cash sitting in its bank account could have easily swooped up Tesla. However, lucky for Elon Musk and Tesla investors, Apple CEO Tim Cook refused to even take the meeting.

And now, in just 4 years, Tesla is in a completely different position as a company. Not only did the EV maker successfully tackle the Model 3 production ramp at its Fremont California plant and Nevada Gigafactory, but has also repeated the process at its Shanghai Gigafactory for a fraction of the pain, cost, and time.

On top of that, Tesla has also brought a second vehicle to volume production, the Model Y in the company’s Fremont California plant and at its Shanghai Gigafactory.

Tesla has also announced battery chemistry and production breakthroughs at the company’s Battery Day event. These breakthroughs are expected to further solidify Tesla’s position at the helm of the EV automotive world.

Tesla plans to bring the Batter Day announcements into customer deliverable products beginning with a refreshed Model Y Elon Musk has said will be the world’s most advanced vehicle “with two-thirds of the body cast.”

Initial production of the refreshed Model Y is expected to begin next month at the EV maker’s newest Gigafactory in Brandenburg Germany. However, Tesla could face further delays as Brandenburg State Environmental Agency has said it has not made a decision to give Tesla the final permit which will allow the EV maker to begin volume production.

Tesla’s challenge is even more impressive when we take into account that Tesla’s newest factories are not merely a copy of the older plants but pack design improvements and efficiencies learned from previous factories.

And this is precisely why Musk believes Tesla’s manufacturing technology prowess could propel the EV maker to the number one spot amongst the world’s most valuable companies.

In response to a Twitter post by Galileo Russell from Hyperchange, showing Tesla’s increasing return on invested capital (ROIC), Musk reiterates his belief Tesla will overtake Apple and says the reason is Tesla’s lead in manufacturing technology.

$TSLA will get bigger than $AAPL with 10M cars, at $35K ASP, with 40% ROIC and a 40X multiple @freshjiva comes back on HyperChange so we can settle the "is robotaxi priced into Tesla stock" debate once and for all @elonmusk
https://t.co/QlnI5uyuvy

No guarantees, but I think it will. This is a big part of what I meant by Tesla’s long-term competitive advantage being manufacturing technology.

It’s not entirely clear when Elon wrote “no guarantees, but I think it will” whether he was referring to Tesla overtaking Apple or he meant to say Tesla’s ROIC will keep growing. However, those two outcomes are synergistic.

Related news: Elon Musk Just Explained How To Do Bug Report in Tesla

If Tesla overtakes Apple, that means most likely the EV maker’s ROIC has kept improving. And if the ROIC keeps improving, Tesla will most likely overtake Apple.

If you are interested to learn more about the details behind how Tesla’s ROIC improvement will lead the EV maker to overtake Apple, you can watch the Hyperchange video linked in the first tweet. It’s full of amazing details you’ll find highly informative.

Currently, Tesla has several projects underway that showcase the company’s growth in manufacturing technology. If you would like to be kept up to date as the EV maker reaches more milestones, make sure to visit our site torquenews.com/Tesla regularly as we will be posting the latest updates.