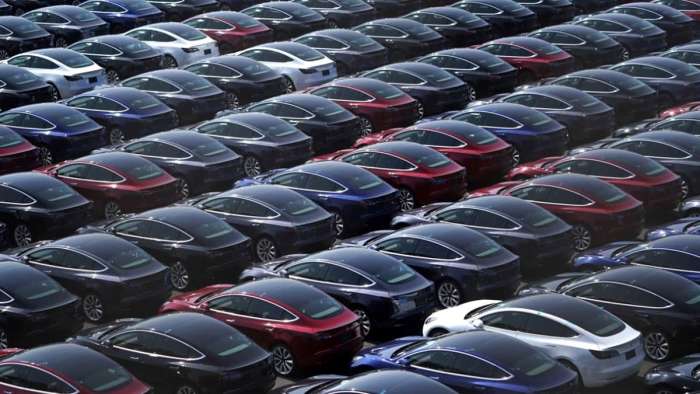 Tesla currently only has two operational locations that can produce a fully assembled vehicle. These are the company’s Fremont, California plant and the Shanghai Gigafactory.

The Fremont California factory, in addition to producing vehicles destined to be delivered right there on the West Coast, also handles manufacturing for the East Coast, Hawaii, and all of North America.

And Giga Shanghai, on the other hand, handles the manufacturing of all vehicles to be sold in Main Land China, Hong Kong, neighboring Asian countries, Asia Pacific countries as far as Australia and New Zealand and recently has started shipping vehicles to Europe.

The wide geographical area the 2 factories have to cover means, at the end of every quarter a good proportion of vehicles produced in that quarter will be in transit. Since Tesla has already paid for expenses associated with producing the vehicle but, has not yet recouped the expenses by delivering them to owners, the company’s quarterly financial report will artificially show losses.

Related news: Elon Musk Just Had An Important Interview - Here's What He Said

In order to avoid this outcome, Tesla produces vehicles destined for the farthest locations early in the quarter and shifts to producing vehicles that will be sold close to the factories closer to the end of the quarter.

Net result is a crazy wave of deliveries end of quarter. It is tough on our team, so we’re hoping to reduce the wave in Q4 & Q1.

This has meant a wave of vehicles arriving all at once close to the end of the quarter. This wave of deliveries put a lot of strain on Tesla’s sales and delivery team. In addition, the rushed nature of the deliveries undoubtedly leaves a bad first impression amongst new owners who might have just had their first in-person interaction with the company.

To solve this issue, Tesla is currently building two new Gigafactories, one in Gruenheide Germany, and another in Austin Texas. The former is expected to take over manufacturing of vehicles destined in Europe and the latter, will take over production for middle America and the East Coast.

However, the new factories are not expected to begin and ramp production at least for the next several months. In the meantime, Tesla has to once again make the customary end-of-quarter sales push.

Although by now Tesla seems to have gotten a hang of the end-of-quarter rush, Q3 2021 seems to be particularly challenging. On top of the transit time issue mentioned above, earlier this quarter, Tesla, together with the wider automotive industry, faced a chip shortage that forced the EV maker to produce vehicles with missing components.

Tesla was forced to store these vehicles until the parts could be found and later added on by service personnel. This has exacerbated the end-of-quarter rush by pushing delivery of even more vehicles to the end of the quarter.

Musk in a previous company-wide call with Tesla employees had said “this month will be the craziest month for deliveries Tesla will ever have.” At the time Musk called on Tesla employees to rally together to have a successful quarter.

And now that there are only a few days left to the quarter, Musk once again seems to be reminding employees to give it all they got. According to a leaked internal Tesla memo obtained by Electrek, Musk thanked Tesla Employees for the “hardcore deliver push”.

And continuing Musk said, “this will be the most intense delivery week ever for Tesla.” However, the Tesla CEO reassured employees going forward the company plans to eliminate the delivery wave saying “hopefully, [it will be] a lot easier next quarter.”

Currently, there is an expectation for Tesla to once again post a profitable quarterly number as the company has done for the past several quarters.

It’s, however, hard to say how badly Tesla was affected by the chip shortage and if the delivery wave was enough for the company to show profits. We should get more information regarding Tesla’s deliveries in the first few days of October. Until then make sure to visit our site torquenews.com/Tesla regularly for the latest information.