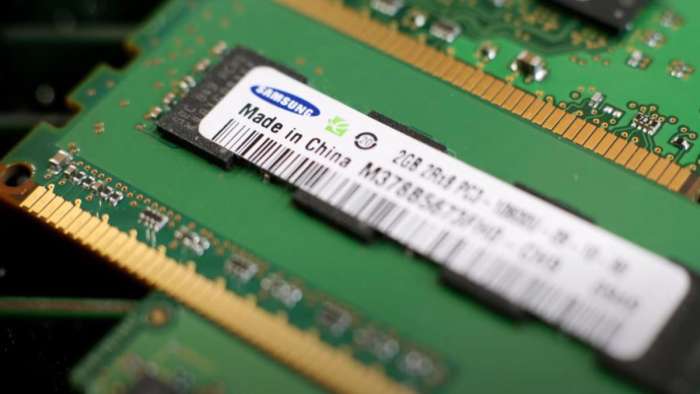 Samsung Working With Tesla on Next Generation Driving Chip

We have news that Samsung is in talks with Tesla on a next generation driving chip. Why does this matter? What will this chip do? How will it be better than what Tesla has now?
Advertisement

We know that the CyberTruck will be the first Tesla vehicle with the new FSD hardware 4.0 chip.

Korean Economic Daily has reported that Samsung, the worlds leading manufacturer of computer chips, will manufacture Tesla's hardware 4.0 FSD chip for fully autonomous driving. These chips will be built with a less advanced 7 nanometer process.

Samsung Beat Out Other Players

After taking into account factors such as production cost, long term cooperation, and availability of technology, Samsung will most likely win the bid to work with Tesla on the FSD chip, beating out TSMC, another rival to Samsung.

I can see Samsung being Tesla's choice if they are the easiest to work with, the cheapest to work with, and able to scale production better than anyone else. Tesla also already is working with Samsung for cameras for the CyberTruck. This makes perfect sense and I don't see any other reasons Tesla would choose Samsung besides those.

Computer chips are a hotly contested segment, especially with the global chip shortage going on. TSMC is a Korean tech giant spending billions of dollars. They are the biggest foundry player in the market with a 52.9% global market share as of Q2, 2021, followed by Samsung with a 17.3% market share, according to market research.

What Will the New Chip Be Able to Do?

What will the new chip, hardware 4.0, be able to do that Tesla's hardware cannot do right now?

Well, the limiting factor right now with Tesla's hardware is how much can be processed at any given moment. There is a reason that Tesla is not rendering every single thing on the screen for its FSD.

In my opinion, for Tesla to get 10 times as safe as a human driver, they are going to need better hardware that can process the tens of thousands of cases in real time the car is going to need to react to, as well as rendering reality more accurately and with minor details, such as poles, speed bumps, pot holes, and more.

If the new hardware gets to a point that it can do all this, and Tesla's AI team keeps progressing the software, we should see level 4/level 5 autonomy within a year or two.

What do you think of Tesla's likely partnership with Samsung for its FSD hardware 4.0 chip? Will this boost the quality of Tesla's FSD?