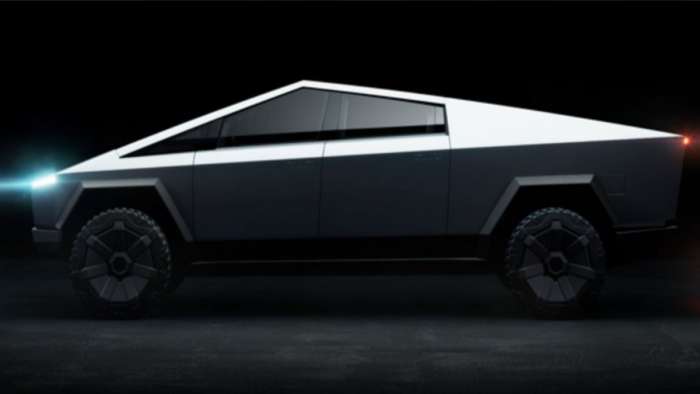 There is breaking news of a massive, $436 million dollar deal between Tesla and Samsung for cameras for the CyberTruck. Let's explore this more!
Advertisement

There is evidence of a massive deal between Tesla and Samsung thanks to the statement from Korea Economic Daily that they've signed a deal with the US's largest EV auto maker, which is clearly Tesla at this point. The deal is for cameras to be supplied for the upcoming CyberTruck.

What are the Cameras For?

Cameras will be very important for the CyberTruck. As a completely new vehicle, Tesla can place cameras in a new and better way. There will be front, side, and rear cameras - 8 in total. There will be a camera that is under the front bumper of the CyberTruck and I think this will have several uses, including being better able to make unprotected left hand turns for full self-driving.

I personally have a CyberTruck on order and recently, the CyberTruck reached over 1.2 million pre-orders, the most of any Tesla vehicle by far. I'm also waiting to see if Tesla will not have a rear view mirror or side mirrors, and instead rely on cameras for information that those mirrors would normally give.

Related News: Tesla provides an update of delivery dates to some reservation holders.

Elon Musk mentioned that the Tesla CyberTruck could launch as early as late 2021. I'm not sure if this will happen, but certainly by the first half of 2022, the CyberTruck should start deliveries. I'm personally expecting to get mine sometime in 2024. This will be about the time that I believe level 5 full self-driving will be ready and Tesla's vehicles will be fully autonomous.

There is the possibility that the Tesla CyberTruck will have solar panels on the back of it which could provide extra range while driving or parked in sunlight. The Tesla CyberTruck has a number of patents that Tesla submitted and these include various components for camping.

What do you think about this huge deal between Tesla and Samsung? Will it help Samsung or Tesla more?