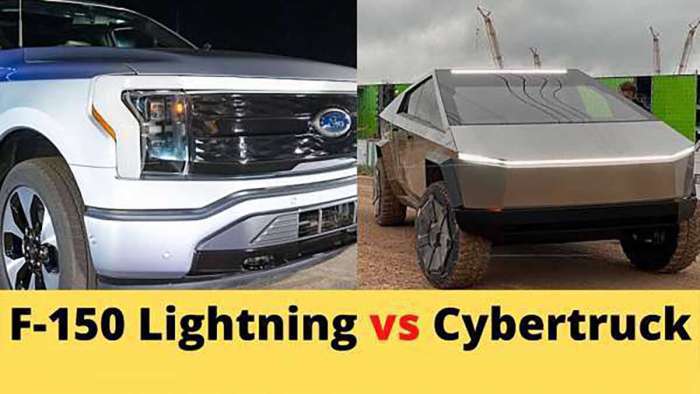 Ford F-150 Lightning will be on the street and at car dealerships long before the Tesla Cybertruck can be delivered. Both all-electric trucks have significant pre-orders, but Ford is prepared to produce the all-electric version of the F-150.
Advertisement

There’s two resources I refer to regularly as “go to” experts on EVs and pickup trucks. InsideEVs.com is a tremendous resource for all things related to electrified vehicles. Likewise, my friends at pickuptrucktalk.com provide great resources, content and knowledge from the truck consumer standpoint.

Be sure to check out their popular YouTube Channel, Pickup Truck + SUV Talk.

Why all the name dropping and accolades for other media outlets? Well, both resources covered the brewing rivalry between Ford and Tesla in their own way and it got me thinking. Tesla is the disruptive force on the automotive industry, with the brazen, bold owner in Elon Musk grabbing all the headlines.

Musk is cool and hip and thumbs his nose at the auto industry. I kind of dig that. He has raised the bar and moved the envelope and all automakers, Ford included, have been impacted by it. That is a good thing and a win for the consumer.be

Ford has done a great job of reacting to Tesla. They’ll claim they aren’t paying attention to the competition and just doing their own thing. But I don’t believe that.

But is this really true? 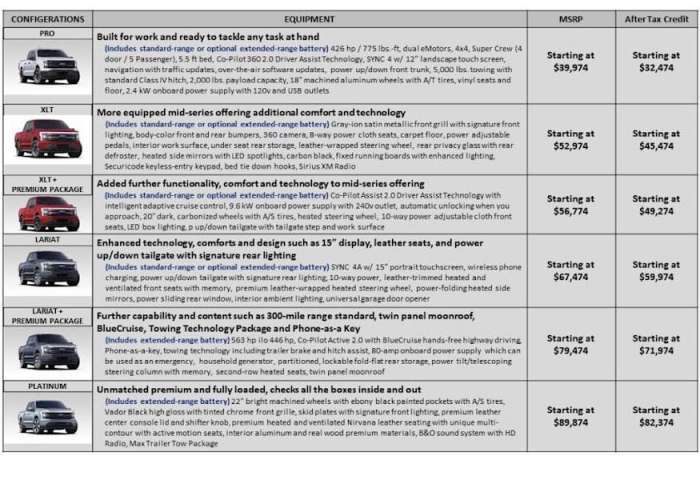 My Torque News colleague Marc Stern reported that Ford had hit the 100,000-reservation mark for the Lightning. This requires putting down a $100 refundable deposit. It’s a low-risk proposition, but still is an impressive number for Ford.

Meanwhile, Tesla, not to be outdone, claims they have 1 million reservations for the Cybertruck. This is an absurd number that will not come to fruition. There are three motor variants for the Cybertruck including single motor, dual motor and tri-motor. Of the alleged one million reservations only 7.5% are for the single motor with the remaining orders being for the dual or tri motor. That means those most interested want maximum range (which is understandable).

Related story: Does Ford have a battery advantage over Tesla?

Ford offers all trims of the F-150 Lightning in extended range battery. So when trying to compare prices and release dates you have to take all of that information into account. And frankly it can be quite confusing and overwhelming.

Thus it’s inaccurate and disingenuous to proclaim one more expensive than the other as both EV truck makers will go to their least-expensive truck and tout that number. When in reality, the average truck buyer (both Ford and Tesla) will want more range and will want nicer touches.

As my friend Jill Ciminillo pointed out in her piece at pickuptrucktalk.com Tesla no longer qualifies for the Federal Tax credit that Ford EV buyers do. That is a difference maker, in my opinion. Thus, Jill extrapolated that an F-150 Lighting XLT (with dual motor which is standard) with AWD after the tax credit came to $53,174. Compare that to the dual-motor Cybertruck which has a price of $49,900 and the two trucks are similarly priced.

It’s more likely that the F-150 Lighting XLT with dual motor will be ready to purchase and drive away before the dual-motor Cybertruck. 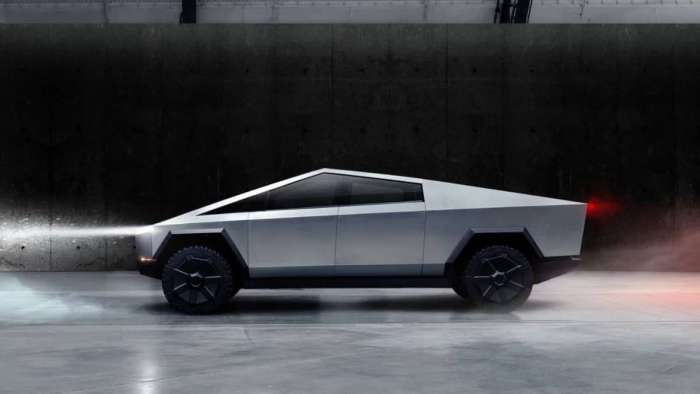 F-150 Lightning Production versus Tesla Cybertruck
The term vaporware commonly refers to a program, software or even a hardware that is designed from a concept standpoint, but is not yet ready, with no clear timeframe.

I often call the Cybertruck vaporware. Musk has touted the truck much longer than Ford has touted the Lighting but has yet to release a firm release date for the 1 million orders that are allegedly on the books.

Both Ford and Tesla have committed big dollars to creating new manufacturing facilities devoted to their electric trucks. Tesla’s Giga Factory in Austin, Texas is where the Cybertruck will be built. Meanwhile Ford invested $700 million to create the Rouge Electric factory next door to their historic Rouge manufacturing facility. The Ford Rouge Electric Vehicle Center will produce the F-150 Lightning and is scheduled to be completed late this year with preparation for the all-electric F-150 coming to market in spring of 2022. 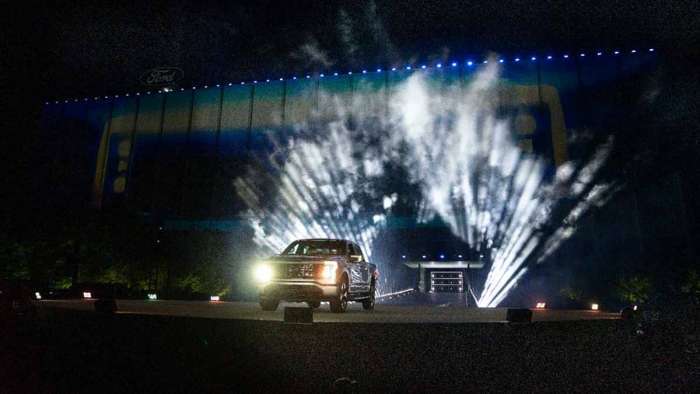 If that holds true, Ford will most assuredly beat Tesla to market on their EV pickup. We reported on a letter sent out to some Cybertruck reservation holders indicating production slated to begin in late 2021. However, with Giga Austin not ready this seems highly unlikely. And, according to that same story here at Torque News, it appears that this production is only for the single-motor version of the Cybertruck, which accounts for a small number reservations and would fall short of the dual-motor production for the F-150 Lightning.

Related story: The F-150 Lightning is not a missed opportunity for Tesla. 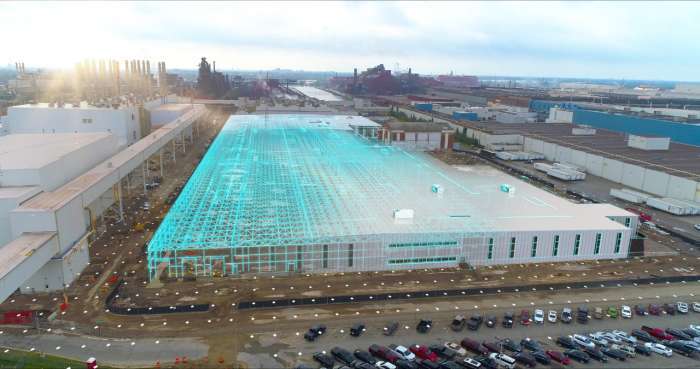 Final conclusion
Rivalry is good. The consumer wins when markets are full of rivalries. That will play out in the EV truck world too. The rivalry between Ford and Tesla seems silly and unnecessary. The Tesla loyalists will stand by the Cybertruck. The Ford loyalists will mock the Cybertruck’s goofy, strange and quirky looks (and for good reason).

In the end, trying to gather rumors and extrapolate information (or misinformation) leads us to wonder which truck will be more popular. That’s impossible to guess.

Be sure to see part 2 of this discussion where I showcase what a Ford and Tesla collaboration could look like.

Leave me your comments on these two EV trucks. Be sure to check out the follow up story here, where Elon Musk hints that the Cybertruck could be a bust.