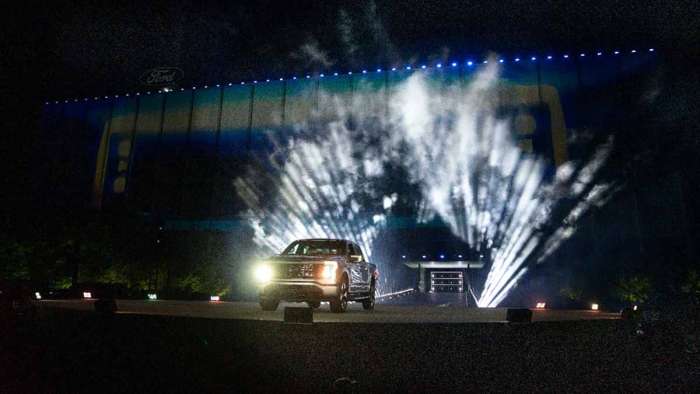 As Elon Musk Says Cybertruck Could Be A Bust, Now Is The Time For Ford To Double Down On F-150 Lightning

The battle of electric trucks is far from decided as all big three automakers engage in the segment to challenge Tesla Cybertruck. Ford F-150 Lightning stands to gain the most should Cybertruck flop.
Advertisement

Obviously the Tesla Cybertruck has received a lot of publicity, both good and bad. The camps are split about this funky, all-electric pickup. Some love it and some proclaim it to be a travesty. Either way there’s no denying it’s a disruptive entry into the pickup truck world.

As Tesla begins manufacturing the Cybertruck they face a lot of hurdles and obstacles. The pickup truck segment is the land of milk and honey for auto manufacturers. This is where the profits are huge, as compared to the sedans, which is why Ford Motor Company has all but gotten out of making cars and focused on SUVs and trucks.

The money is there to be made, and Elon Musk knows it. So I found it curious and almost pre-emptive that Musk would put out on his Twitter account that the Cybertruck could be a bust. Emphasis on could. See his Tweet below.

Was Musk just covering his bases? Was it just a Tweet response that he didn’t expect to be such a big deal? Or was this an indicator that all is not right with the Cybertruck process?

Either way, Ford and General Motors along with Rivian could be the benefactors if there is a misstep with the Cybertruck.

Could the Cybertruck Be Tesla’s First Flop?
That speculative headline is misleading as the original Roadster by Tesla did not sell well. It was a niche car at the time as Musk and Tesla dipped their toe into automotive production. But stepping into the truck arena with the big boys where all the profits are is a bold move by Musk.

Musk has never shied away from bold moves. As an innovator he’s truly disrupted the automotive industry, in a good way. Without Tesla, there wouldn’t be any number of EVs out there from the major manufacturers. Ford, et. al. are playing catch up to Tesla, who is the unquestioned leader in electric vehicles.

But that gap is narrowing. And if the Cybertruck misses on production deliveries and if the alleged 1 million order reservations only come out to a fraction of actual orders, then Tesla could be in trouble.

All of this speculation started by a story in thetruthaboutcars.com by Tim Heely. He wrote an opinion piece (emphasis on opinion) that concluded: “I think the Cybertruck just won’t sell well, and Tesla will soon find itself working on a more conventional electric pickup.”

Teslarati, a pro-Tesla website, mentioned this opinion piece and explained that Tesla and Musk was plowing ahead with the Cybertruck despite such criticism.

Related story: Musk gives clarification about the features of the production model Cybertruck. 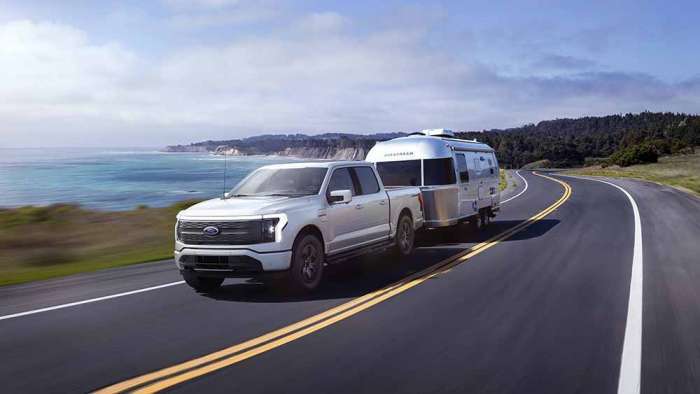 What This Means For The F-150 Lightning
Ford is no stranger to busts and flops. You can’t be a company that’s been around for more than 100 years without your share of failures. Just saying the word Edsel still brings up scowls at Ford Motor Company.

But if Tesla is showing some doubt about the production version of the Cybertruck, Ford would be wise to capitalize on it. Additionally, Ford cannot afford production issues or delays regarding the F-150 Lightning. They need the launch to go flawlessly.

Do that, and Ford could really show Tesla how it works in the truck manufacturing business, an arena they’ve dominated. And no disruptor, even from a hot shot like Elon Musk, can throw Ford off their game when it comes to trucks.

As good as Tesla is at making EVs, Ford is equally good at making trucks. To be honest, both manufacturers could learn a thing or two from each other in this regard. That’s why I speculated that a Ford/Tesla collab would be amazing. Sadly, that likely won’t happen.

What do you think about the Cybertruck? Do you think it will get manufactured with the goofy parameters of the prototype with no side mirrors and weird angles? Will Tesla bust out on it or will Elon strike gold? Leave me your comments below.

DeanMcManis wrote on July 17, 2021 - 8:18pm Permalink
My take on Elon's comment is very different than yours. I think that he is just saying that he designed a visibly unconventional truck, which has the real possibility that it could not be accepted well by everyone. But even if you take the smallest reasonable estimate that only 1/4 of all Cybertruck orders will result in a purchase, that is still 250,000 Cybertrucks, which is more than a full year of multi-shift production to build. The important news is that the Cybertruck, Lightning, Rivian, EV Silverado, Hummer, and any number of EV trucks will initially only take a nibble out of the huge pickup truck market next year. Yet in the EV market, each model stands to be a complete success, with any production over 25,000 pickups sold. Currently, there are zero EV pickups available for production sales. But that is going to change VERY soon. And after next year (once EV pickups prove their value to thousands of new owners) the EV pickup market will probably double, at least. As with the Model 3 and Y, compared to the Model S and X, bringing a smaller pickup to market will again open up a larger market for the U.S. and especially Europe and Asia, where they have narrower roads. But that smaller pickup is most likely a few years (2-3) off.
Jimmy Dinsmore wrote on July 19, 2021 - 7:49am Permalink
Great insight as usual Dean. I think you might be right, but I also think Elon is greatly underestimating the truck manufacturing process. The Lightning will be out before the Cybertruck. And I think with all the quirkiness of the CT that there will be both manufacturing obstacles and government safety approval hurdles too. I like that he pushed the envelope but I think he pushed it too far here and it might backfire.
DeanMcManis wrote on July 19, 2021 - 11:42am Permalink
I think that Rivian will still be the first automaker to sell their EV pickups later this year, but I think that the Cybertruck will be actually built and sold ahead of Elon's early-2022 schedule, and may start shipping late this year. I definitely agree that Tesla will face new production challenges building the Cybertruck, simply because much of the vehicle is new. But they specifically designed the Cybertruck's body design to make the production simpler and less expensive. From the flat, folded steel panels, to the cast frames, to the structural battery pack, to not needing paint. Much of the electronics and EV drivetrain will be a carryover from the Model Y and Model S/X. Tesla did give themselves a fallback of first producing Model Ys at Giga Texas, so in case the Cybertruck production does have unforeseen delays, the factory is still producing EVs. But I am hoping that Tesla can surprise us with an early Cybertruck release this year. They came out with the Model Y ahead of schedule, but have had delays with the refreshed Model S, and still are no shows with the Semi and Roadster.