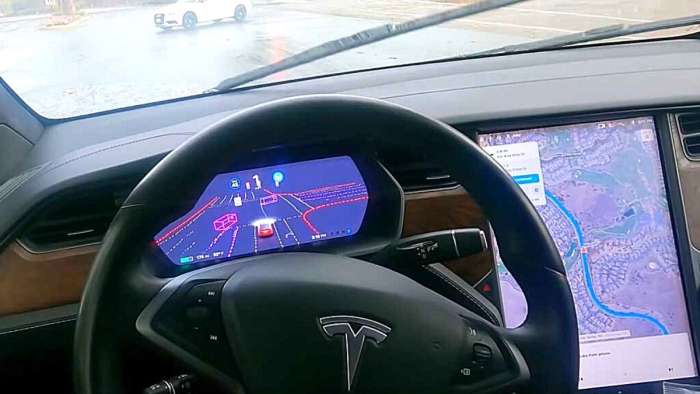 Elon Musk: Tesla FSD Autopilot Will Soon Be “Much Safer” Than Humans

With even more AI performance, Elon Musk wants to let Teslas drive independently this year. Musk does not want to commit to whether this self-driving performance of Tesla's "FSD" software corresponds to autonomy level 5, but the he thinks the safety of Tesla FSD should surpass the average driver.
Advertisement

In October 2020, Tesla released a beta version of the “Full Self-Driving” software for the first time, thanks to which Tesla owners can have their car drive from A to B independently. The safety instructions state that the control software may only be used "with both hands on the steering wheel."

A limited number of people have access to the test version of FSD Beta. The reports were partly euphoric: the car flashes and turns independently, it deviates and can cope with roads without lane markings.

When Will We See Level 5 Self-Driving?

According to Tesla, its current software still depends on a driver who keeps his hands on the steering wheel and the road traffic in view.

As an advanced driver assistance system, the full self-driving software moves between Level 2 and 3 according to the classification of the Society of Automotive Engineers. A car certified with Level 5 self-driving would operate completely independently and safely in road traffic. NHTSA has classified 5 levels of self-driving, estimating the humanity will reach "Fully Automated Safety Features" in 2025.

The crux of the matter: For Musk, full self-driving at Tesla is already suitable for Level 5 autonomous driving, i.e. completely autonomous, or at least close to it.

At the World Artificial Intelligence Conference in summer 2020, Musk emphasized that he sees Level 5 autonomy as practically resolved and the widespread use of AI software is more a question of expectations regarding the security of the systems in relation to human driving performance.

Musk does not assume that regulators will now accept control software that only acts on the level of human drivers - it has to be better, just how much better, that is unclear. On the hardware side, the current Teslas should be adequately equipped with chips and sensors anyway.

The AI ​​start-up Comma AI, which specializes in autonomous driving, sees new, more flexibly trained AI algorithms such as MuZero as a possible solution for Level 5 autonomy. "MuZero is more flexible because it independently learns the rules of a system during training," explains Mattias Bastian in the Mixed.

"In games like chess or Go, this works at such a high level that MuZero leaves its own predecessor systems like AlphaGo far behind. However: Compared to a board game or an 80s Atari game, road traffic is significantly more complex," Bastian writes.

George Hotz, the head of Comma AI, sees MuZero as the software solution for autonomous driving - but not in the near future. On Twitter, he triggered Musk with a wager: The start-up now wants to wager $10,000 that Tesla will reach Level 5, but not as quickly as Musk expects. 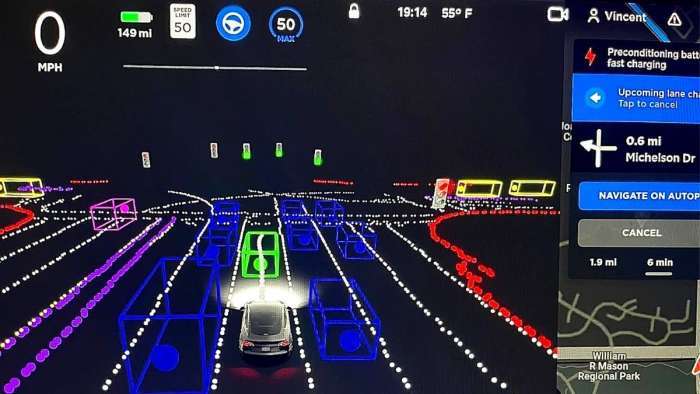 Musk reacted to Hotz's bait and made it clear that he can't speak of regulators. However, for this year, the Tesla CEO promised an AI autopilot that should be "well above that of the average driver," when it comes to safety.

Tesla Full Self-Driving will work at a safety level well above that of the average driver this year, of that I am confident. Can’t speak for regulators though.

The fact that Elon Musk is still confident that Tesla will drive fully autonomously on the roads in the near future, despite some setbacks and delays, is due in particular to Tesla's data advantage: The Tesla fleet is on the move all over the world and provides the company with real data from road traffic for the AI training.

According to Tesla, every mile driven worldwide becomes part of the AI ​​training - even when the autopilot is switched off. The variety of this data cannot be achieved by a pure computer simulation.

In 2021, Tesla wants to further improve the AI ​​training in the “Dojo” project: The Tesla AI will process countless video recordings of human journeys. The training runs on a supercomputer that Tesla had specially built for this purpose.