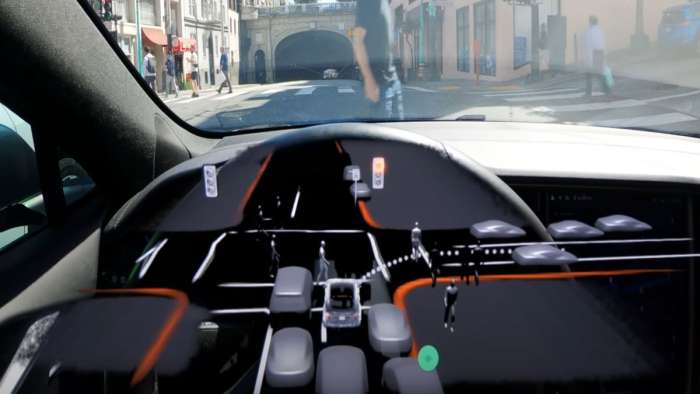 We just saw a Tweet from Elon Musk stating that Tesla might offer the FSD visualization to all FSD purchasers before the beta ends. This would allow those who have FSD to get the minds eye of the car visualization. Let's see what the implications of this are.
Advertisement

Good point, we could enable visualization before control. Will enable that option hopefully next month.

We have this latest Tweet from Elon Musk stating that Tesla could enable visualization before control of FSD is given to all who have purchased FSD. This would allow anyone with an FSD purchase or subscription to see the minds eye of the car. There's quite a number of implications for this, let's see what they are.

Enabling just the visualization for FSD is a really good idea. The first reason is that a driver will be able to see the mind of the car. The driver of a car with FSD could see vehicles and people around him without having to look away from the view in front.

In most cases, this could allow the user to change lanes without having to be distracted looking away. This would make the drive safer. Imagine never having to look over your shoulder and having to sift through your car window and traffic to determine if you can change a lane or not.

The FSD visualization also picks out pedestrians and animals, as well as anything that is moving in the vicinity of the car. This is also a nice touch and would give the driver at a glance an idea if there are people around. Think of it like having an extra measure of awareness while driving beyond what your eyes can see.

It also allows FSD users to ease into the use of the software. From what I've seen of the current beta testers of FSD, it can be a sometimes stressful and careful thing to manage. It may not be easy for everyone to do this immediately. Give the purchasers the minds eye view of the car so they can get familiar with it that way.

Then, when the beta becomes open for all, new users have already learned a portion of the software and aren't as overwhelmed. This will increase safety and reduce the chance of accidents? Why? Because the driver will already be familiar with the software and there will be less overwhelm and confusion while driving the car.

Offering pieces of FSD gradually, while it is in beta, makes a lot of sense. Of course, when the beta is over and Tesla has deemed the software safe for everyone, then this won't be as necessary. But I think Tesla still needs to be strict in how it handles people who have purchased FSD.

One thing Elon Musk is doing is having a 7 day period where a drivers behavior will be watched. If they prove good driving behavior, then they will get to use FSD. If their behavior is not good while driving, they won't get FSD.

The challenge with this is - if someone paid for FSD and Tesla isn't letting them use the software, what happens? Does the user get refunded the money they purchased on FSD? Seems like that should happen. But then what happens if the user does have a good 7 days of driving behavior? What should Tesla do then?

These are tough questions that I don't have the answer to, but will be looking to Elon Musk, or other Tesla supporters to see what to do. Either way, it's a tough one because FSD is new and safety is the primary concern. There must not be any accidents, or at the very least, if there is an accident, it cannot be the fault of Tesla.

What do you think of Elon Musk Tweeting that Tesla may enable visualization for all FSD users? Will this have a positive effect on those who bought the software?