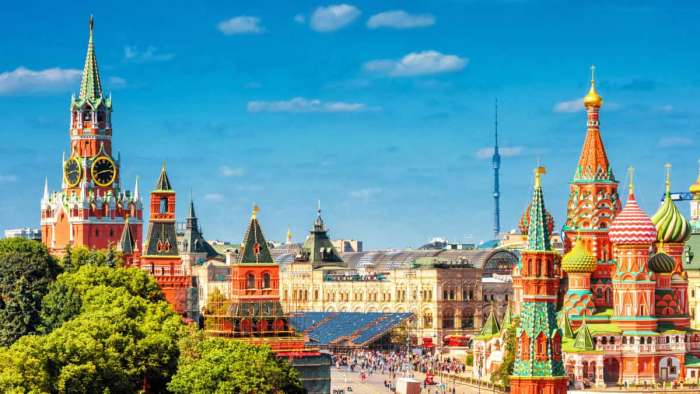 A new report out today, citing unnamed government sources, has been circulating claiming Tesla has chosen Korolev, Russia for its next Gigafactory. However, Elon Musk says Tesla hasn't made a final decision for its 4th Gigafactory.
Advertisement

Tesla is currently undertaking a significant expansion of the company’s production capability. Tesla is simultaneously building a new Gigafactory in Gruenheide Germany, Austin Texas, and is expanding production capacity at its Fremont, California plant and Shanghai Gigafactory.

According to a leaked Elon Musk call with Tesla employees, in 2021, the EV maker plans to grow its production capacity to 1 million vehicles a year. And by 2030 the company plans to grow this number to 20 million vehicles a year. Elon Musk in the past has also said, Tesla plans to at least have one Gigafactory in every continent the company sells its vehicles.

Due to Tesla’s ambitious growth plans, the EV maker is looking at several countries to pick the location for the company’s next Gigafactory. This has meant sporadic reports claiming Tesla has chosen a certain country to build a new Gigafactory.

The first rumors began with reports claiming Tesla has chosen Karnataka, India as the site for the company’s next Gigafactory. The rumors cite Karnataka state Chief Minister BS Yediyurappa who said in a statement “American firm Tesla will open its electric car manufacturing unit in Karnataka.”

Following, there were reports stating Tesla has chosen Indonesia as the site for the company’s next Gigafactory. These rumors began due to Tesla’s Battery Day announcement that the company plans to significantly increase its nickel consumption and the mineral’s abundance in the country.

And today reports quoting unnamed sources from Russia’s Chamber of Commerce and Industry and the Ministery of Trade and Industry started circulating claiming Tesla has chosen Korolev, Russia as the location for its next Gigafactory.

The publication also laid out Korolev’s several advantages to host a Gigafactory including, the fact that Korolev has a high concentration of qualified personnel who can start working in high-tech production without the need for substantial retraining financial and time costs.

Related news: Elon Musk Says Software Is The Future Of Cars And Besides Tesla Chinese Automakers Are In The Lead

However, Elon Musk poured cold water on the rumors writing on Twitter “Tesla has not yet decided on a fourth Gigafactory location.”

Tesla has not yet decided on a fourth Gigafactory location

Musk’s comments did not rule out the possibility Tesla is considering Russia to build the company’s next Gigafactory but, we can be certain no such decisions have been made as of now.

Currently, in addition to the three locations mentioned above, meaning India, Indonesia, and Russia, Tesla has also said there is a chance the company can build additional factories in the US and China.

As of now the location for Tesla’s next Gigafactory still remains a mystery however, we will be sure to keep you posted if any new information comes out. Make sure to visit our site torquenews.com/Tesla regularly for the latest news.

So what do you think? Will Tesla build a Gigafactory in Russia? And if so, do you think Russia will be the location for Tesla’s next Gigafactory? Let me know your thoughts down in the comments below.