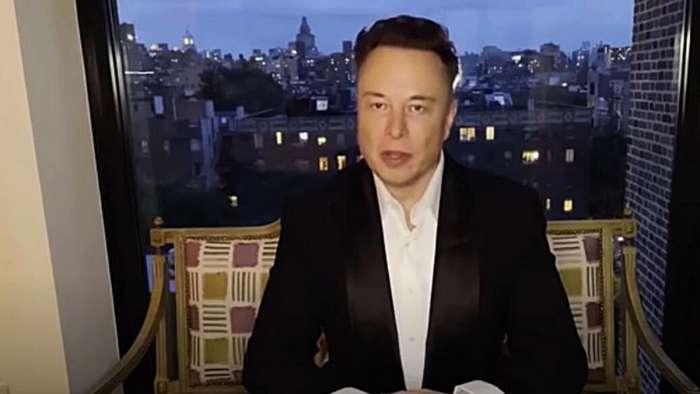 Tesla CEO Elon Musk recently addressed the 2021 World New Energy Vehicle Congress in Hainan, China. In his statement, Musk said software will shape the future of the car industry and that Chinese automakers are in the lead.
Advertisement

Just hours ago Elon Musk Addressed the 2021 World New Energy Vehicle Congress in Hainan, China. Unlike most of Musk’s speeches, this one came as a pre-recorded answer to questions given to him beforehand.

The first question the serial entrepreneur tackled was “Tesla’s perspective on integrated development of AI technology and EV.”

Musk began his prepared remarks by praising China for having the largest and most dynamic electric vehicle market in the world. Musk continued by saying he has seen interest from Chinese consumers for connected and more intelligent vehicles. And added that he sees great potential for full self-driving vehicle growth in the world’s largest automotive market.

Musk also commented on Tesla’s effort to accelerate electric vehicle production and reaffirmed the EV maker’s commitment to making its vehicles be affordable to a larger swath of the Chinese consumer.

Continuing, Musk praised Chinse Auto OEMs by saying that he has “a great deal of respect for the many Chinese automakers who are driving these technologies. My frank observation is that Chinese automobile companies are the most competitive in the world.”

Singling out the Chinese automakers’ greatest advantage, Musk said “some are very good at software. And it's software that will most shape the future of the automobile industry from design to manufacturing and especially autonomous driving.”

The second question Musk answered was concerning how autonomous driving improves the safety of the vehicle.

In his answer Musk said “Tesla is much more than an electric car company. We are developing full self-driving vehicles with practical vision-based artificial intelligence including chip development on the inference level and on the training level.”

With the last line, Musk is alluding to Tesla’s AI Day announcements where the company said it’s working on Hardware 4.0 FSD computer and introduced the Dogo supercomputer Tesla will use to train the FSD AI.

I should emphasize that we believe autonomous driving can be achieved entirely by vision neural nets. After all, humans are running a biological vision neural net in order to drive, so it makes sense that computers would be able to drive using a silicon camera neural net.

That said safety is the top priority when we design tesla vehicles and I’m confident that we can achieve full self-driving with 10 times higher safety than the average human driver.

Finally, Musk answered questions regarding ensuring data security in self-driving vehicles. This comes against the backdrop of the Chinese military issuing a notice banning Tesla owners from parking their vehicles on military bases and in military housing complexes.

In its official statement, the People’s Liberation Army said the ban was instituted due to concerns regarding Tesla installing 8 autopilot cameras with surround view in all its vehicles. The Chinese army said it’s concerned the cameras could be used for spying.

Musk addressed the issue at the moment by guaranteeing Tesla does not use the cameras around its vehicles to spy on the Chinese people or government. However, Musk’s promise did not seem to assuage the Chinese government’s concerns as even more government organizations have banned Tesla vehicles from their premises.

Related news: The Secret Behind Why Tesla’s Vehicles Are So Quiet

In his latest statement Musk once again reiterated Tesla’s commitment to privacy and added Tesla will work with national authorities to ensure data security.

Data security is not only the responsibility of a single company but also the cornerstone of the whole industry development. Tesla will work with national authorities in all countries to ensure the data security of intelligent and connected vehicles.

Tesla hopes to contribute to a digitized future of shared benefits, responsibilities, and governance. With the rapid growth of autonomous driving technologies, the data security of vehicles is growing more public concern than ever before. We figure it is necessary to address public concerns by applying appropriate technical measures.

Musk wrapped up his comments by thanking the organizers for inviting him. And finally said, he is looking forward to visiting China in person soon.

Musk did not say when he plans to visit China other than soon but, we will be sure to keep you posted as the Tesla CEO makes his way to the world’s largest automotive market. Make sure to visit our site torquenews.com/Tesla regularly for the latest updates.

So what do you think? Is software the future of vehicles? Also, do you think Chinese automakers are ahead of US, European, and Asian auto OEMs? Let me know your thoughts down in the comments below.