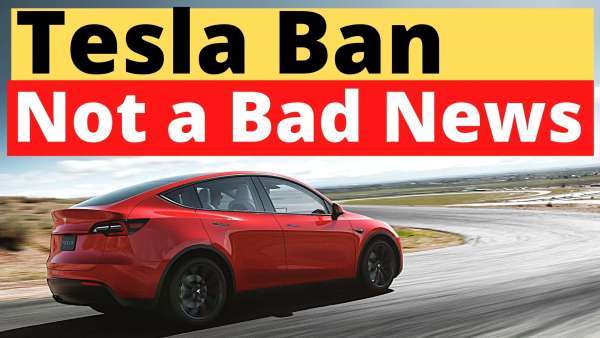 This morning we learned that China has restricted Tesla usage by military and state personnel in military complexes because of cameras and security concerns. Many people take this as a surprise, but it looks like the same is true for at least one U.S. base too.

People familiar with the Chinese military's Tesla effort cite concerns Tesla vehicles could be source of national security leaks because of cameras.

ohn Liu, Chunying Zhang, and Jing Li report in Bloomberg that the order, issued by the military, advises Tesla owners to park their cars outside of military property, according to people familiar with the directive who asked not to be identified because the information is private. The ban, relayed to residents of military housing this week, was triggered by concerns that the world’s biggest maker of electric vehicles is collecting sensitive data via the cars’ in-built cameras in a way the Chinese government can’t see or control, one of the people said.

Bloomberg also points to images what was purported to be a notice about the ban were also circulating on Chinese social media.

According to these image notices, multi-direction cameras and ultrasonic sensors in Tesla cars may “expose locations” and the vehicles are being barred from military residences to ensure the safety of confidential military information.

Tesla has been using cameras widely. Recently they have also started using internal cameras to monitor the behavior of FSD test drivers.

In 201 Elon Musk tweeted that the internal camera is there “for when we start competing with Uber/Lyft and people allow their car to earn money for them as part of the Tesla shared autonomy fleet.”

“In case someone messes up your car, you can check the video,” Musk explained.

So the move by the Chinese military to ban Tesla vehicles in its complexes for security reasons is not a bad news. This is something we should expect from many other governments, who want to ensure the security of state secrets.

In the future I see potentially two things happening. Cars will increasingly have more cameras. Either the governments will build their own cars for their military, or they will require the carmakers to provide them vehicles without any cameras or cars with pre-approved security guidelines.

You know, last year there was a similar thing happening in the United states. I just found this post in Tesla forum, titled: not allowing Tesla on military bases.

A user there writes, "Today I was informed that I am not allowed to drive my vehicle to my building at work because it’s a Tesla. I work on a Navy base in NJ and I am having a hard time figuring out why, even though you can put out deer cameras on the base. You can google map it etc. Anyone has come across this?

Simple Solution For Tesla and EV Cars in Military Complexes

This is a problem for all countries, that will grow as all cars increase the use of cameras and other sensors. This will soon be a problem with all electric cars if the direction is to go self-driving. But there can be a simple solution The simple solution is to provide isolated parking lots for all private vehicles, at military bases.

Steve Blomefield, who has contributed Tesla stories at Torque News, comments at the Torque News Youtube channel and writes, "All electric vehicles have cameras, so why pick out Tesla? Yes, Tesla has more vehicles, but soon other Chinese carmakers will also have hundreds of thousands of cameras. The military should just say "EVs. Not a specific car maker."

Here is something for consideration. Soon, all Chinese Full Self Driving vehicles will have cameras as well, which will pose the same threat. How will the Chinese deal with that if they want to become the world leader in autonomous vehicles?

The Chinese military ban of Tesla on bases, raises lots of questions about the future of self driving cars and state security, which the governments and industries must address.