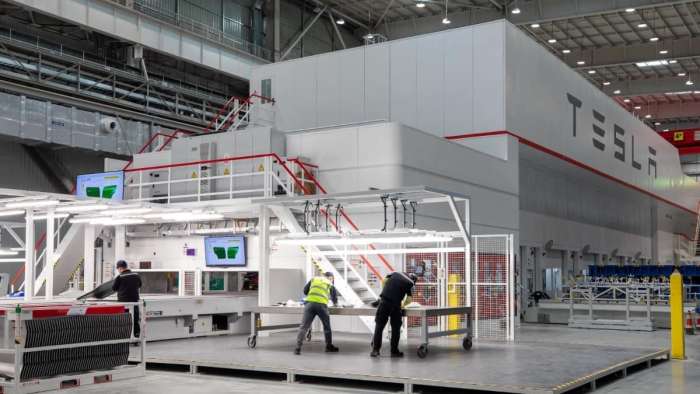 According to leaks Elon Musk held a company-wide call with Tesla employees. And on the call, he said Tesla will produce 1 million vehicles in 2021 but 2022 should be even better.
Advertisement

Tesla hasn’t put out a specific production and delivery guideline for the fiscal year 2021. Elon Musk has said on multiple occasions he plans for Tesla to grow production capacity by around 50 percent for the foreseeable future.

Writing in the company’s Q4 2020 Investor Deck, Tesla said “we are planning to grow our manufacturing capacity as quickly as possible. Over a multi-year horizon, we expect to achieve a 50% average annual growth in vehicle deliveries.”

“In some years we may grow faster, which we expect to be the case in 2021. The rate of growth will depend on our equipment capacity, operational efficiency, and the capacity and stability of the supply chain.” read Tesla’s production outlook in its entirety.

Related news: Elon Musk: Tesla Cybertruck Won’t Have A Handle, Here Is How It Might Open

However, now we might have more information on what Tesla meant by growing faster than 50% this year. Sawyer Merit a Tesla enthusiast and shareholder says he has heard from multiple sources inside Tesla that Elon Musk held a company-wide call with employees.

And during the call Musk said, “Tesla could produce and deliver 1 million cars this year”. If this comes true it will be a 100% growth in Tesla’s production capacity. Musk also added Tesla’s Shanghai Gigafactory was expanding a lot and that 2022 should be even better.

Elon also said there was a chance that Tesla could produce and deliver 1 Million cars this year. He also said Giga Shanghai was expanding a lot and rounded it off by saying this year will be great and 2022 should be even better.

Related news: Unpacking The Slew of New Updates On The Tesla Semi

Not to mention the Model S and X production lines have basically been shut down since January. Retooling has probably finished by now and refreshed Model S and X should start rolling off the line in meaningful numbers any day now.

Still, it’s unlikely Tesla will hit the 1million number using the installed capacity it already has. However, Tesla has a lot of new production capacity coming in the second half of this year. Tesla’s Berlin Gigafactory is expected to begin producing Model Y vehicles with 4680 cells in July. Following that the Giga Texas should also come online soon after. 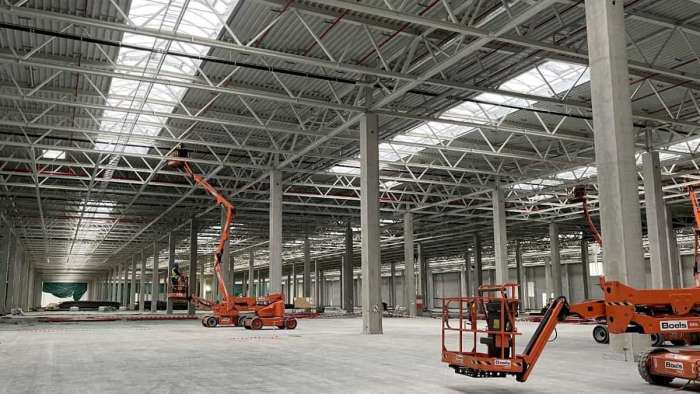 Given all the new technologies coming with Tesla’s 4th and 5th Gigafactories, there is a chance start of production could slip by few months, ergo affecting delivery numbers for this year. However, if Tesla is able to quickly ramp up production in those facilities there is a chance Tesla could even produce more than 1 million vehicles this year.

Nevertheless, whatever the final production number ends up being, and even if Tesla doesn’t end up exactly hitting the 1million vehicles number, growing a complex manufacturing operation close to anywhere close to 100% a year is still truly mind-boggling. And if Tesla continues with its expansion, the company will certainly meet its long-term goal of producing 20 million vehicles in a year by 2030.

This would make Tesla the biggest automaker in the world. Currently, the biggest car manufacturers are VW and Toyota which produce around 10 million vehicles a year.

For more information check out: Here Is Why A Bullish Tesla Analyst Says Cybertruck Will Likely Be Delayed Also, see Here Is Our Clearest Look At The Plaid Model X Yet, And It Has A Rear Spoiler

David Snodgrass wrote on March 27, 2021 - 6:57pm Permalink
My estimate is a mind blowing 1.1 Mil. I am anticipating full rate production in giga Berlin for at least one quarter (75k), and with the Chinese plant continuing to ramp, I believe they will hit that target.
Tinsae Aregay wrote on March 30, 2021 - 3:32am Permalink
Hopefully Model Y production at Giga Berlin doesn't get delayed. Not just for hitting the 1million number but that's going to be our first look at all the breakthroughs announced at Battery Day. And also the new paint that's supposed to change color based on curvature.