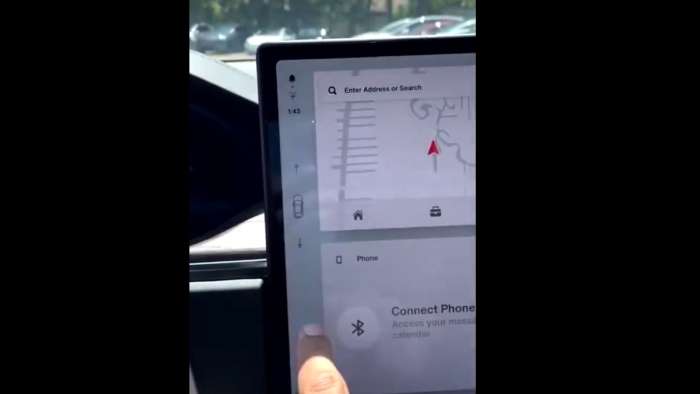 A new video gives us our first glimpse of how Tesla's neural network gear selector works and how it is overridden by the touchscreen. We also see how to engage Plaid in the new Model S.
Advertisement

When Tesla unveiled the refreshed Model S and X back in January, one of the most radical changes that was announced with the vehicles was the removal of the gear shifter and windshield wiper stalks.

At the time Elon Musk, asked about the lack of gear shifter said the vehicle will be able to guess which gear it should be on based on navigation data and the surrounding. And if the driver wants to override it he/she can do so from the touchscreen.

Option for slide to shift gears, if auto select doesn’t do what you want @elonmusk pic.twitter.com/hENzMiJCC0

Musk, when the new Model S and X were unveiled said he would hold a call with journalists to explain all the new features and performance of the vehicles. However the call never happened, and now almost 2 months out from the unveiling we still have to rely on leaks and spy shots to even get the most basic information about the vehicles. 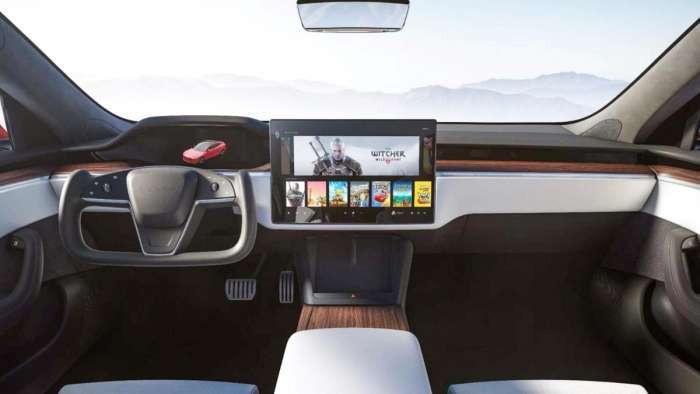 In the images he shared we see Tesla new UI coming with refreshed Model S and X. We also see the reintroduction of Tesla’s Insane Mode but, this time in a none performance Model S. There was also a new Drag Strip Mode button in the new UI.

However, in the video, the Model S in question was in park, and we didn’t get to see what might be the biggest change that has come with the refresh - neural networks taking the place of the gear shifter and the windshield wiper control.

Lucky for us a new video from WholeMarsCatalog gives us a bit more detail on how the new feature works. In the new video, we see on the left-most edge of the 17-inch screen there is an avatar of a Model S. And in order to forward you just drag the car icon forward, and to reverse you drag the car icon backward.

Option for slide to shift gears, if auto select doesn’t do what you want @elonmusk pic.twitter.com/hENzMiJCC0

This is certainly an interesting implementation of a gear shifter. Judging just from this short video it seems this will be more cumbersome than having a dedicated gear shifter stalk. However, if the neural networks are so good drivers barely have to use the touchscreen controls then the cleaner aesthetics make it worth it.

Musk seems to be excited about the new feature. Elon believes after getting used to driving with a “Smart Shifter”, going back to regular shifters will feel annoying.

After you drive without using a PRND stalk/stick for a few days, it gets very annoying to go back & use a shifter!

So what do you think? Do you like Tesla’s touchscreen gear shifter implementation? Or do you think the vehicles would be better of with a regular gear shifter? Let me know your thoughts down in the comments below.