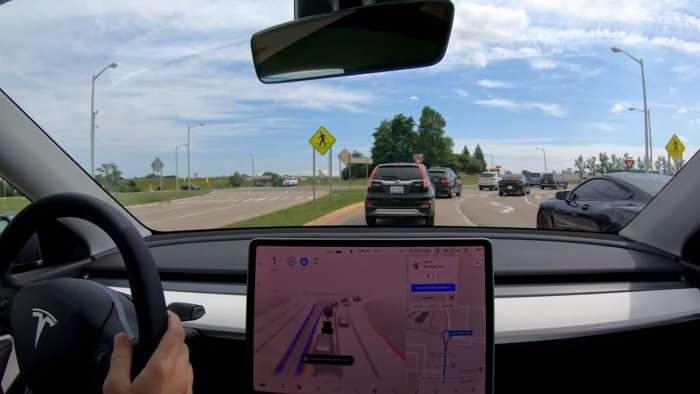 There are a number of people using Tesla's full self-driving beta v9 and doing YouTube videos with it. There are a group of them that are a must follow. Here they are and why.
Advertisement

Dirty Tesla was the first FSD v9 beta video I watched and he adds the bonus of driving on some dirt roads before getting into the city. He has a good variety of his drives - night time, day time, dirt roads, city roads, and freeways. He posts regular videos and I'm excited to see the progress he uncovers.

HyperChange brings a more fun and entertaining feel to his videos. He is known for driving through busy cities and having his car nearly run into pillars that the car wasn't recognizing on the left side of his lane. He has a passion for Tesla and full self-driving and is both critical and praising of FSD. He doesn't hold back when there is a mistake in the system and being critical toward Tesla.

Chuck's personality is more serious and he does a good job of critiquing where the car gets things wrong. He is most famous for trying an incredibly difficult unprotected left hand turn across multiple sections of traffic. This is one of the top 5 things that need to be done regularly for full autonomy to happen.

Kim often drives in very crowded and busy streets in New York, Maryland, and roads on the east coast. The vehicle often has to creep forward in order make a turn, mimicking more what human behavior is like. There's a lot of value in her driving in narrow roads with pedestrians all over.

My Tesla Adventure has some nice drives on roads with no lane markings that are narrow. In this video, there is a car coming and the Tesla slows down and eventually moves past it on the road safely. He's doing a great job showing rural area driving.

AI Addict did a video in San Francisco with tons of people, motorcycles, and chaotic scenarios. These are similar to situations that are overseas and I think this is a great addition of testing for full self-driving.

I'm encouraged by the wide range of driving scenarios each beta tester is driving through as well as the other 1,000 beta testers. I believe Tesla is going to fully solve autonomy by 2024 (and possibly much sooner).

What do you think of these FSD Beta testers? Are there any others that you would follow? Is there any reason not to follow any of the mentioned FSD v9 Beta testers?