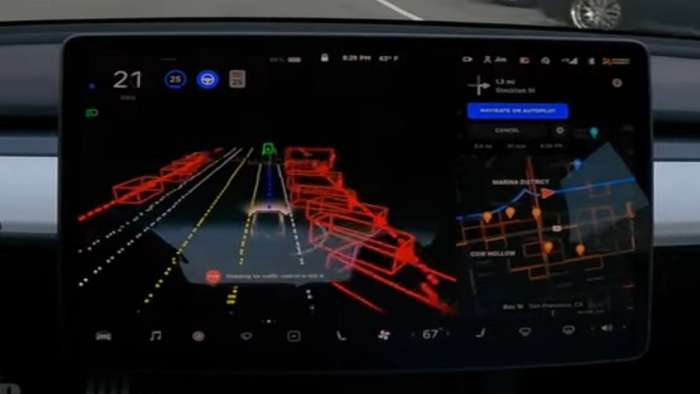 Tesla's Over the Air Updates Solve Many Problems

Recently there was a report with nearly 300,000 Tesla vehicles that need to be recalled for an update. Tesla's Over the Air Updates Solve This and so Many Other Problems.
Advertisement

There was a recent report of a recall of 300,000 vehicles in China for Tesla that needed autopilot updates. This sounds bad until you dig into it a little more. In reality, the change is likely just some code for Tesla to make it a little more involved to activate autopilot. Tesla can make this change and update the UI of its center console window without having to add or change any of the hardware in the vehicle.

In reality, saying that there is a "recall" is a way to use fear, uncertainty, and doubt to attract visitors and to try and reduce Tesla. It's an irresponsible way to report the news in this case. What should be said is: Tesla is pushing an over the air software update for 300,000 vehicles in China to make autopilot more difficult to turn on and avoid unintended acceleration.

Consumers: we wish cruise control was a little more difficult to turn on

Tesla: ok. We will send that as an update

Media: Tesla has massive recall due to autopilot issues and unintended acceleration leading to ongoing China crisis and probably bankruptcy.

Software that runs the entire vehicle

Tesla has software that runs a good portion of the vehicle. In fact, I would be hard pressed to find anything that isn't run by software.

If you want to see your gas mileage or how many miles you've driven, that's driven by software as well. You don't need to press a button to reset your "trip" meter. It's all controlled by software.

Eventually, your car driving itself will be controlled by software without the need for human intervention. Tesla, with its vision system, is currently in the lead to have global adoption of this. In fact, the car is using software right now to make trips without human intervention with select users of the full self-driving beta software. Eventually, this will be level 5 full self-driving.

If there is any problem with the car, chances are, it can be fixed with a software update instead of having to change the hardware.

As Tesla adds functionality to the car or changes it, it will be done through software updates and the Tesla user interface. In fact, I can see Tesla changing the steering wheel more so that the center of it is like a screen and the buttons for turning, honking the horn, or anything else on the steering wheel can be customized per the driver of the car.

More and more of the car will disappear

As Tesla improves their software and full self-driving continues to evolve, I believe Tesla will begin to remove more of the car. I can see the steering wheel of robotaxis becoming obsolete.

What else might disappear from the car? We know that Tesla has removed radar from their cars to simplify using vision for full self-driving.

What do you think Tesla might remove from their cars in the future that they haven't already? How will Tesla's software change in the future?