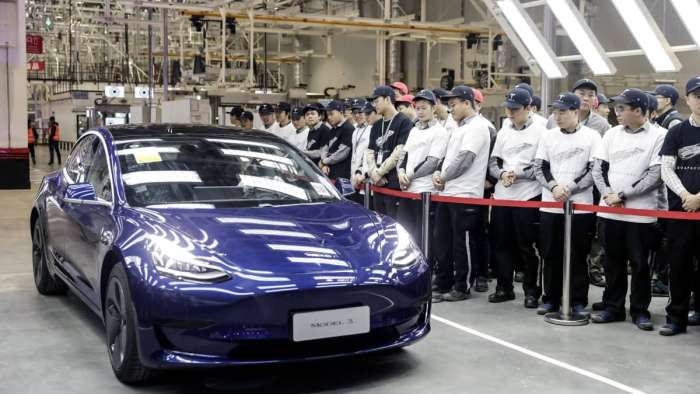 Tesla To Recall 285,520 Model 3/Ys In China Due To Autopilot ‘Unintended Acceleration’

The Chinese State Administration for Market Regulations, the regulatory body in China in charge of automotive recalls, has announced today Tesla will recall nearly 285,520 imported and made in China Model 3 and Y vehicles.

For the most part, the saga began when a customer protested Tesla’s Shanghai Auto Show booth claiming her Model 3 crashed due to the brakes in her vehicle failing.

This lead to a media circus resulting in parts of the Chinese communist party harshly criticizing Tesla and forcing the EV maker to issue a “deep apology”.

However, the brake failure and unintended acceleration accusations continued even going so far as a story circulating on Chinese social media claiming a city in China has banned Tesla vehicles from its streets due to brake issues.

This prompted Tesla to step up closed-door engagement with Chinese regulators and the EV maker also made it easier for owners to get access to crash data stored in their vehicle. However, despite Tesla’s efforts, the FUD attack continued leading Elon Musk to voice his frustration.

The recall intends to decrease the likelihood of owners of these vehicles unintentionally activating Tesla’s autopilot system which can, in turn, result in unintended acceleration possibly leading to a crash.

Related news: A New Ceramic Coating Can Protect Your Tesla’s Paint From The Elements

The regulatory body has put forth two scenarios where drivers can unintentionally engage Tesla’s active cruise control system. Number one is when the vehicle is in drive and the driver toggles the right control lever to try and switch gears and two when the vehicle turns sharply and the driver accidentally touches and toggles the right control lever.

This will, in turn, according to China’s Regulatory body, might affect the driver’s expectations, possibly leading to misjudgment of vehicle control and in extreme cases, the vehicle may collide posing safety risks.

Here is the complete copy of the “recall” issued by China State Administration for Market Regulation. The said “issue” could potentially make it easier for drivers to inadvertently activate adaptive cruise control while driving. OTA will minimize the probability of driver error. https://t.co/bWrJZzwvKc pic.twitter.com/WrBFjXs9JO

The potential flaw was discovered as a result of a defect investigation carried out by China’s State Administration for Market Regulations.

However, when distilled down, the issue is relatively straightforward and simply means, the regulatory bodies in China want Tesla to make activating autopilot require more steps or make acceleration when autopilot is engaged more gradual.

So what do you think? Will this update finally stop the sustained FUD attack on Tesla? Or do you think it will make it worse? Also have you ever activated autopilot accidentally on your Tesla? Let me know your thoughts down in the comments below.

For more information check out: Tesla Insurance Is Coming To European Countries Also, see Why Tesla Chose the 18650 Battery Over the 4680 In the Model S Plaid

DeanMcManis wrote on June 28, 2021 - 3:57pm Permalink
It is funny that they are trying to link a couple drivers accidentally turning AutoPilot on with unintended acceleration. There are dozens of ways that people can drive ANY car incorrectly to make it unsafe, but it's not the fault of the car.