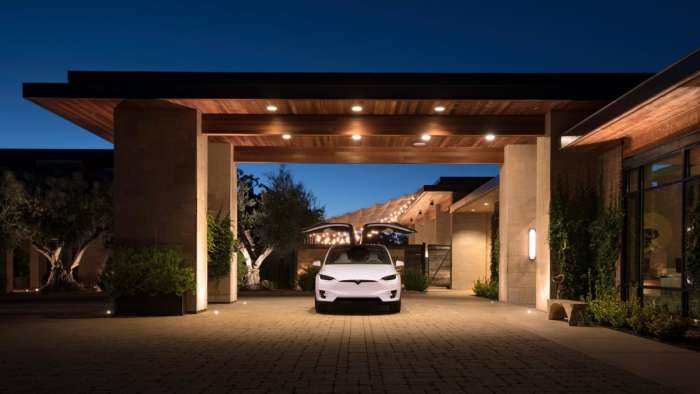 There are rumors circulating in Chinese media suggesting Tesla vehicles have been banned from highways due to brake failure issues. However, this is just another FUD report attacking Tesla China which has become widespread lately.
Advertisement

A couple of weeks ago Tesla’s China March delivery numbers came out showing the parabolic trajectory the EV maker is on. According to the data which came out via China Passenger Car Association, Tesla delivered 35,478 vehicles just in the month of March.

The March numbers are also a huge jump from that of February and January when Tesla delivered 18,318 and 10,151 vehicles respectively.

However, following that report, there seems to be an organized fear, uncertainty, and doubt (FUD) campaign to discredit Tesla’s popularity in China.

One notable example of such tactics was a protest that took place at Tesla’s booth at the Shanghai Auto Show and the media circus that followed it.

The ordeal started when a Tesla owner crashed her Model 3 and claimed the accident occurred due to brake failure. The owner then proceeded to ask Tesla for a refund.

The owner, dissatisfied with Tesla’s response, proceeded to take her complaint to Tesla’s booth at the Shanghai Auto Show and let her dissatisfaction out by protesting standing on a Model 3.

This was then followed by baseless claims of widespread Tesla brake issues by Chinese tabloids sighting Tesla crashes. However, the reports did not show any conclusive evidence that the crashes were caused by brake failure other than hearsay.

And now reports are circulating around Chinese social media suggesting Tesla vehicles have been banned from Guangzhou highways due to brake issues.

However, this is yet again another FUD story conjured up by people or groups trying to damage Tesla’s reputation in China.

Still, the stories got widespread enough to necessitate Guangzhou’s traffic police to come out and refute the rumors.

According to Guangzhou traffic police “The measures taken were not directed at any particular vehicle model, but were part of our regular measures for temporary traffic flow control.”

The measures taken were not directed at any particular vehicle model, but were part of our regular measures for temporary traffic flow control, #China media citing Guangzhou traffic police on rumors Tesla #EVs being banned from highways.https://t.co/BJtXx7MQjF

The timing of all this FUD campaign coinciding with Tesla’s record deliveries in March suggests Tesla’s China success is starting to ruffle feathers of individuals who gain to lose from Tesla’s continued success in the world's largest automotive market.

At this point, it’s practically impossible to know who exactly is behind the FUD campaign. However, Tesla isn’t short of detractors, be it the old guard of the ICE industry, other EV OEM’s afraid of losing market share to Tesla, or good ol’ short sellers looking to profit from a crash in Tesla’s stock price

So what do you think? Could the organized FUD campaign cause long-lasting damage to Tesla’s brand in China? Also, who do you think is most likely to be behind the negative stories? Let me know your thoughts down in the comments below.