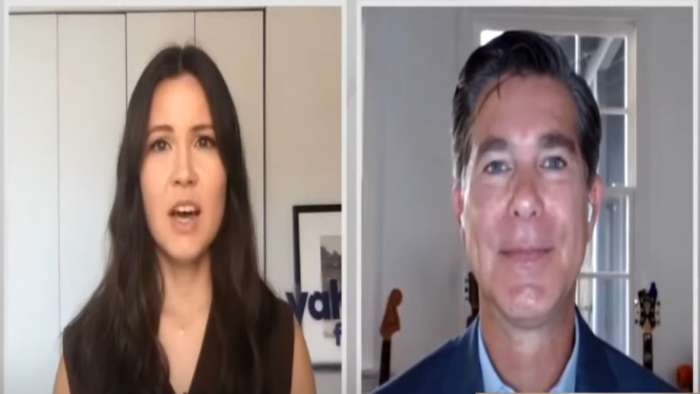 There is a recent interview with Ross Gerber, the manager of the GK ETF, who is a big Tesla bull. In this recent interview, Ross Gerber talks about the things that will make Tesla continue to dominate the electric vehicle industry in 2022. Let' see what he had to say.
Advertisement

Tesla Was Priced to Perfection, But Now a Buying Opportunity

Tesla went under $1,000 today, after hitting an all time high of $1,243.49. That makes it down over 20% since that high price. Ross Gerber thinks the all time high was priced to perfection, but that Elon Musk selling his stock in a sloppy/unique manner created disruption and now presents an opportunity for long term shareholders.

If you listen to Gary Black on Twitter, he has a $1,400 price target on Tesla in the next 6 to 12 months just for Tesla's auto business. Right now, that's about a 40% upside to that price target, which anyone would be happy to get in a year with their stock as a rate of return - considering the S&P 500 index averages around 10%.

Elon Musk has not gone about selling his stock in the cleanest way. Elon operates in a way that he decides. As long term share holders of Tesla, one thing that comes with the territory of owning Tesla stock is Elon Musk and his often unconventional ways of doing things - but I do believe Elon is doing what he is doing to maximize taxes and to give long term shareholders and opportunity to buy at lower prices.

What's In Store for the Future of Tesla

Anything that Elon Musk does is always a tip of the iceberg. In the case of him selling his stock, he is now selling billions of dollars of stock at what will be around a 53% tax rate. Elon is showing that it is costing investors $200 billion of Tesla market cap for Elon to have to pay his "fair share".

Ross Gerber thinks that the people who should be attacked for taxes should be rich kids who inherit money and never have to pay any tax. Elon Musk is one of the great inventors and innovators of our time and taxing him makes no sense. He should be given incentives and not be penalized for his positive impact.

Elon Musk is making a political point with what he is doing and he is proving his point very well. Elon is showing the affect on Tesla's market cap and stock price and how it is affecting all long term investors. There is an "Elon" factor with Tesla stock that causes volatility and an investor in Tesla must be comfortable with that.

I think the future of Tesla is very bright and that Tesla will run up once Elon Musk is done selling his shares of stock in a couple weeks. I don't see any problems for Tesla going forward and with wait times at around 7 months for Tesla vehicles, the demand is there. The company and fundamentals are great and in 2022, we may see Tesla get to $1,500 a share or more.

We have seen a tipping point in electric vehicles with Rivian and Lucid stock accelerating quickly in price - the demand for even a Ford electric vehicle is off the charts.

Consumers are getting gouged at the gas pump for cars with inflation and the solution is buying an electric vehicle. You'll never have to pay for gas at the pump and be subject to gas prices inflation.

Electric vehicles are just better overall with maintenance, performance, savings on fuel, etc... and there is a chance that cost parity will be reached in 2022. When that tipping point hits, sales are going to continue to erupt, along with the likely tax credit to pass.

And lastly, Hertz has no deal with Tesla - Hertz is simply buying Tesla vehicles online on their website for the same price as anyone else. Tesla does not have to do anything special.

What do you think of this interview with Ross Gerber? Is he accurate in his assessment of Elon Musk and Tesla stock?

LG's New EV Battery Plant Is a Welcome News for Tesla
Tesla Giga Berlin's New Hurdle: It's Not Only the Gov't, but Now Tesla Itself
END_OF_DOCUMENT_TOKEN_TO_BE_REPLACED