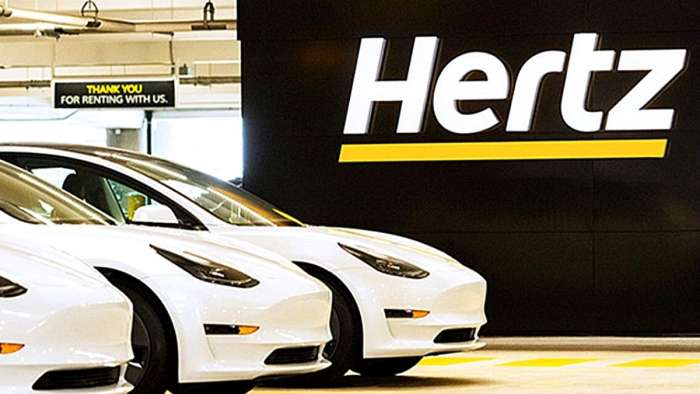 Of Course Tesla and Hertz Deal is Still Happening

Hertz recently announced a deal with Tesla for 100,000 Model 3 standard range vehicles, totaling about $4.5 billion. There was talk that this deal wasn't going to happen when Elon Musk announced no contract had been signed. No need to worry because of course Tesla and Hertz are still doing a deal. Here's why.
Advertisement

If any of this is based on Hertz, I’d like to emphasize that no contract has been signed yet.

Tesla has far more demand than production, therefore we will only sell cars to Hertz for the same margin as to consumers.

Hertz deal has zero effect on our economics.

The deal between Hertz and Tesla is still happening and there's no need to worry. Hertz is running advertising commercials showing Tesla electric vehicles with Tom Brady - multiple commercials. Hertz wouldn't do this if it wasn't planning on moving forward.

Next, Hertz can just order the Tesla vehicles from Tesla's website. This may take a long time and this is likely where a contract comes in. For someone to manually enter 100,000 orders will take a LONG time. If Hertz can give Tesla the specs it wants and just pay upfront for the vehicles, or a monthly amount for 10,000 vehicles, Tesla probably has a way they can automate these orders and make things easier.

My guess is that a combination of the two things will be happening. I was listening to Ross Gerber today, the founder of the GK ETF, who is a heavy investor in Tesla and has Tesla in his ETF, and he called Hertz to see if he could rent a Tesla in the California area, and Hertz said that he could on November 7th. That means Hertz has at least one Model 3 ready to use.

This tells me that Tesla has accelerated some of the Model 3 orders for Hertz so they can start renting the cars out now. Because an order of a regular Model 3 is now delayed well into next year (2022), and this is likely due to the 100,000 cars that Hertz is ordering.

I don't think Hertz is going to add FSD (full self-driving) to this first 100,000 vehicles - at least not the upfront FSD. I do think that once Tesla shows that FSD is level 4/5 and is much safer than the average driver, that Hertz will purchase the subscription option for each of its vehicles.

Again, I think there is going to have to be a way or some automated way for Tesla to manage the purchase of the FSD subscription for these vehicles without manually doing it for every car. Perhaps there is some kind of backend system Tesla has that allows for bulk orders and operations like this. It would be a smart thing for Tesla to do.

Once Tesla has achieved autonomy, Hertz will instantly have a fleet of robotaxis and can partner with Uber or any other company the want to do ride hailing - or rent the cars out to others for $1,200/month and then the person renting the car from Hertz/Uber can just operate it as a robotaxi. This makes a lot of sense and avoids someone having to pay an upfront cost for a Tesla vehicle.

There will definitely be back and forth conversation on this and if someone is renting a car from Hertz and running it as a robotaxi for other people, what does that mean for the servicing of the car - does the renter take care of everything including cleaning? I think it would be great if Hertz also had services for cleaning and maintenance of the vehicles it is renting out as well.

You may also be interested in: Tesla already delivering cars to Hertz despite Elon Musk saying no contact is signed

What do you think about the Hertz and Tesla deal? Is it going to still happen? Who will benefit from the deal?

Tesla Giga Berlin's New Hurdle: It's Not Only the Gov't, but Now Tesla Itself
Teslas Are Sold Out Until 2023, But The Timing May Reverse
END_OF_DOCUMENT_TOKEN_TO_BE_REPLACED