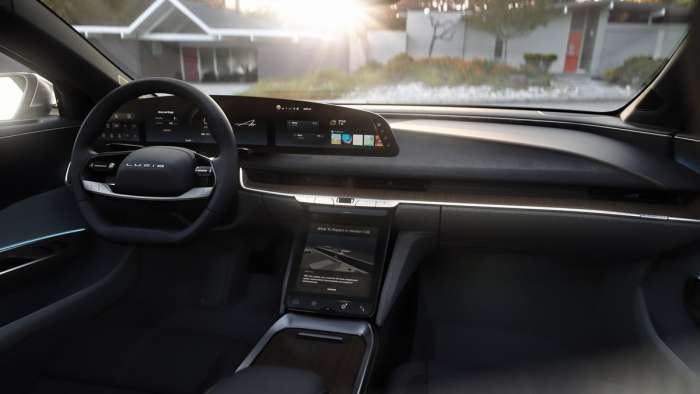 Lucid Air's dual-screen navigation abilities are teamed with the Lucid app to make range anxiety a thing of the past.
Advertisement

The Lucid Air's user interface, known as Lucid UX, has been designed to match the other devices in its customers' lives for ease of use and logical layout. Directly in front of the driver sits a 34-inch 5K screen which handles essential functions like lights and wipers, serves as the vehicle's instrument cluster, and displays navigation and media information.

Glass Cockpit and Pilot Panel
Below this "Glass Cockpit," as Lucid calls it, sits the Pilot Panel which handles the climate settings as well as more in-depth information for navigation, media, and connectivity. When not in use the lower screen can retract into the dash to reveal a storage area behind it.

The two screens are far from mutually exclusive as this video from @Tesla2Lucid2 shows:

Someone asked for a quick demo of the dual screen navigation for the #LucidAir. Experiences from an @lucidmotors #LucidOwnersClub founding member pic.twitter.com/ttd1J7gVqu


The Air's user interface allows drivers or passengers to swipe functions between the Cockpit and Pilot Panel for finer control of the function they're operating. In this case, we can see that the Glass Cockpit's screen is handling car-centered turn-by-turn navigation while the Pilot Panel shows the overall route as well as distance from destination.

Farewell, Range Anxiety?
Lucid says that this is one of the things the designers have done to make the Air as intuitive and easy to use every day as the customers smartphone or tablet. The idea is to make the vehicle, as befits a luxury sedan, a relaxing and serene place to be. To that end the car features a range map that displays how far the driver can travel while still being able to get to a charger and rapidly refuel. 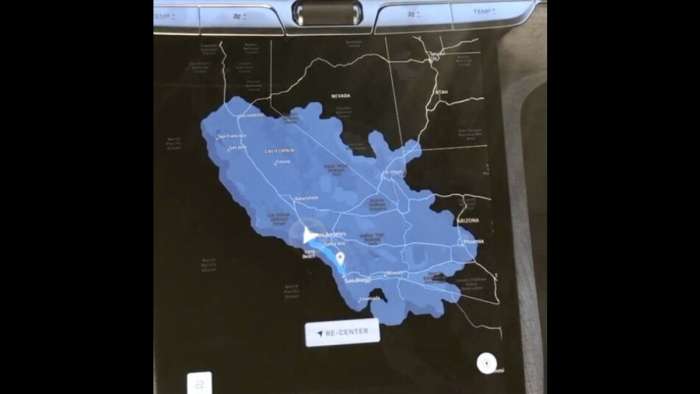 Speaking of smartphones, Lucid's app is another string to the Air's navigational bow. It allows you to plan a journey before you leave the house and then sends the information to your car so it's ready for your departure. Essentially for an electric vehicle, even one with 520 miles of range, the app/nav system duo also finds and suggests charging locations along the route to give its driver and passengers all the information they need to know before they hit the road.

Cover image by Lucid Motors, body image/video used with permission from @Tesla2Lucid2 licensed under CC BY 2.0.

LG's New EV Battery Plant Is a Welcome News for Tesla
Tesla Giga Berlin's New Hurdle: It's Not Only the Gov't, but Now Tesla Itself
END_OF_DOCUMENT_TOKEN_TO_BE_REPLACED