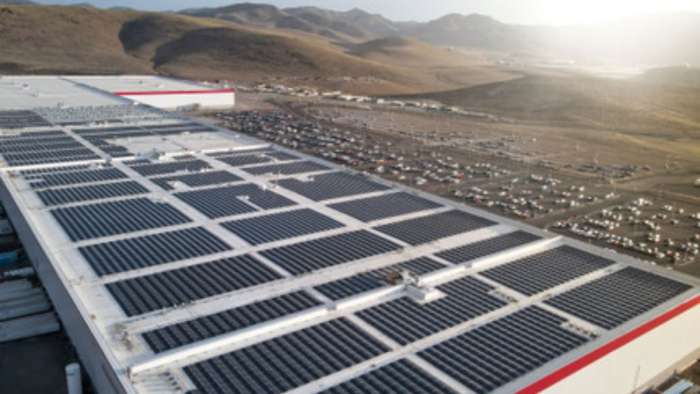 Some news and images from Tesla Gigafactory Texas, from many different sources, suggest that everything seems to be according to schedule. It is an important project for the automaker, as it is the first vehicle factory that Tesla is building from the ground up in the US.
Advertisement

Tesla’s factory in Fremont, California is one of the world’s most advanced automotive plants, with 5.3 million square feet of manufacturing and office space on 370 acres of land. Following the City of Fremont’s approval of Tesla’s expansion plans in 2016, the company will nearly double the size of the facility to almost 10 million square feet, creating thousands of new jobs in the coming years. 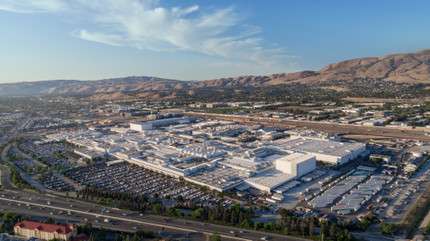 Gigafactory Nevada was born out of necessity and will supply enough batteries to support Tesla’s projected vehicle demand. Today, the Gigafactory produces Model 3 electric motors and battery packs, in addition to Tesla’s energy storage products, Powerwall and Powerpack. esla broke ground on the Gigafactory in June 2014 outside Sparks, Nevada. The name Gigafactory comes from the word 'Giga,' the unit of measurement representing “billions.” The Gigafactory is being built in phases so that Tesla can begin manufacturing immediately inside the finished sections and continue to expand thereafter.

Already, the current structure has a footprint of more than 1.9 million square feet, which houses approximately 5.3 million square feet of operational space across several floors. Still, the Gigafactory is about 30 percent done. Once complete, Tesla expects the Gigafactory to be the biggest building in the world – and entirely powered by renewable energy sources. Designed to be a net zero energy factory upon completion, the facility will be primarily powered by solar, and installation is already underway. 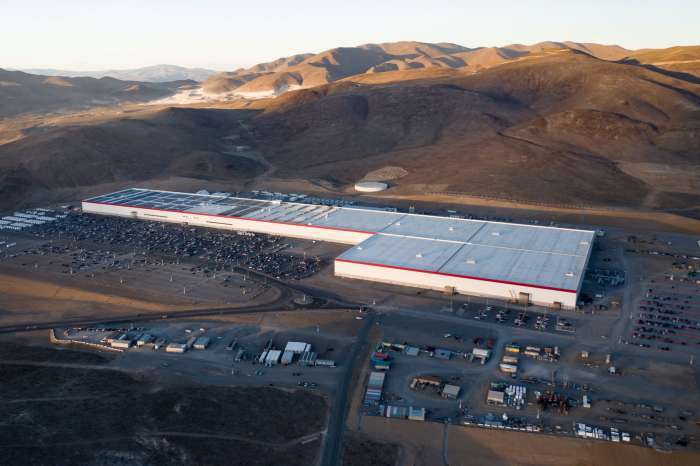 In 2017, Tesla began production of solar cells and modules at Gigafactory 2 – a 1.2 million square-foot facility in Buffalo, New York. In 2019, Tesla added new production lines that will support electrical components for Supercharger and energy storage products. To date, Tesla has created nearly 800 jobs at Gigafactory 2 and continues to ramp operations and production at the facility.

Originally a steel manufacturing site, the 88-acre property located along the Buffalo River was transformed to produce solar panels and solar cells. The factory’s original occupant entered into an agreement with the Research Foundation for the State University of New York. Tesla secured Gigafactory 2 through its acquisition of SolarCity in 2016. 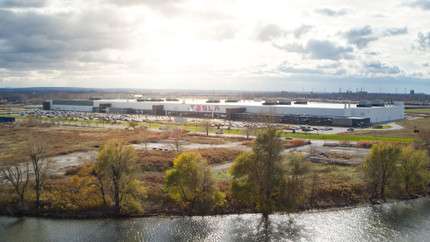 As for Gigafactory Texas (also known as Tesla Gigafactory 5 or Giga Texas), it is the automotive manufacturing facility near Austin, Texas, under construction by Tesla since July 2020. Tesla aims to have first production before the end of 2021 and volume production in 2022. The factory is planned to be the main factory for the Tesla Cybertruck and the Tesla Semi.

It will also produce Model 3 and Model Y cars for the Eastern United States, as well as being the site of the new Tesla Headquarters. Going back a little bit, on July 22, 2020, during a Q2 2020 earnings call, Tesla announced that Del Valle, Austin, Texas had been selected for Gigafactory 5.

By the end of July 2020, construction had begun. Tesla Giga Texas received state tax incentives worth about $50 million through the Texas Tax Code Chapter 313 program. The first fully completed Tesla Model Y rolled off the line at Giga Texas in the last week of August 2021, under trial production.

By September 2021, Automotive News put together a list of Tesla suppliers that announced plans to deploy new manufacturing capacity in Texas and some near the project:

Plastikon, an injection-molded plastics manufacturer in Hayward, Calif., that supplies Tesla’s Fremont assembly plant and provides plastics to automotive customers and other industries. The Austin Business Journal reported that Plastikon has leased a 100,000-square-foot facility in nearby Kyle, Texas, that will produce components for Tesla.

ElringKlinger, a German supplier of parts and engineering services for electric vehicle programs, will build a $17 million plant in San Antonio, according to a local construction firm. ElringKlinger currently supplies cockpit cross beams for Tesla Model 3 production in Fremont.

Saueressig Engineering, a German industrial process supplier now owned by the U.S. conglomerate Matthews International Corp. of Pittsburgh, will build a plant in San Antonio, according to a local report. Saueressig Engineering is a Tesla supplier, and the new Texas operation is expected to focus on EV battery production.

As of today, November 5th, these are the latest Giga Texas pictures shared by Joe Tegtmeyer (@JoeTegtmeyer) on Twitter:

Thank you Joe for your coverage on Tesla Giga Austin, TX!

Giga Factory images in this article: Courtesy of Tesla, Inc.

LG's New EV Battery Plant Is a Welcome News for Tesla
Tesla Giga Berlin's New Hurdle: It's Not Only the Gov't, but Now Tesla Itself
END_OF_DOCUMENT_TOKEN_TO_BE_REPLACED