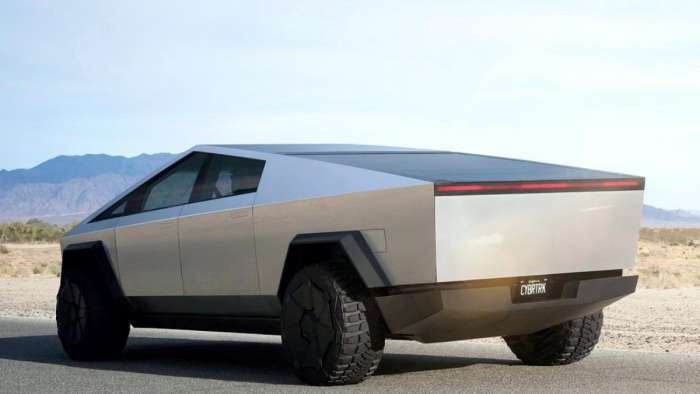 Inductive wireless charging would provide ease and convenience of charging for the upcoming Tesla Cybertruck, without the requirement of any charging cables. It would really be a an important feature, and the company probably has already thought about the pros and cons of implementing it, even if there is no official statement or any twit from Elon Musk that would hint anything in that direction.
Advertisement

The technology basically uses two electromagnetically linked coils that exchange power at high frequency. The primary coil is placed on the garage, driveway or road surface and linked to the electricity network while the secondary coil is placed on the vehicle and charges the battery. Wireless charging systems are nowadays commercially available for various electric vehicles.

A broader extension of wireless charging would be on-road charging where inductive charge pads are placed along the roads so that Teslas can wirelessly charge while driving. It’s a technology that can dramatically reduce the cost not only for the Cybertruck, but for all other Tesla models, and by the way, for electric cars in general, as they would need a smaller battery and move this cost to the charging infrastructure.

The technology works as follows: an inductively coupled contactless power transfer (IPT) system is placed, capable of efficiently delivering power from a stationary primary source to a movable or stationary secondary source, over a relatively large air gap. Although the conductive charger has a lot of advantages, such as simplicity and high efficiency, the inductive charger is easy to use and is suitable for all-weather conditions. This is because there is no direct electrical contact between the vehicle and the charger preventing the possibility of a shock or an electrical arc.

In case of stationary/static charging, Tesla could upgrade parking lots (or existing charger – supercharger facilities) to charge EVs with the comfort of not plugging in any charging cables. Such systems can be buried or flush-mount, thereby not affecting the façade of a city and being safe from vandalism and unfavorable weather conditions. 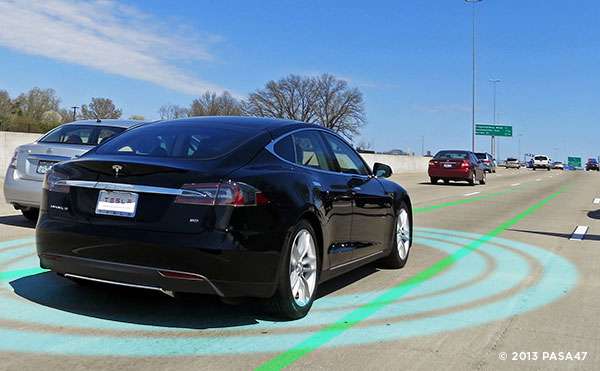 The main drawbacks of this charger are the high investment cost and the relatively higher losses when compared to conductive charging. My guess is Tesla will be able to work it out eventually, if they decide it is a reasonable cost-effective implementation; the Cybertruck would be even more cutting edge and attractive this way.

Another very important aspect of inductive charging systems Tesla would need to take into account is the health risk associated with the exposure of individuals to radiation. The leakage fields that permeate the space around the charge-pad can impact both the health of a living entity in close proximity. It can also result in unwanted heating of foreign objects that are closeby. 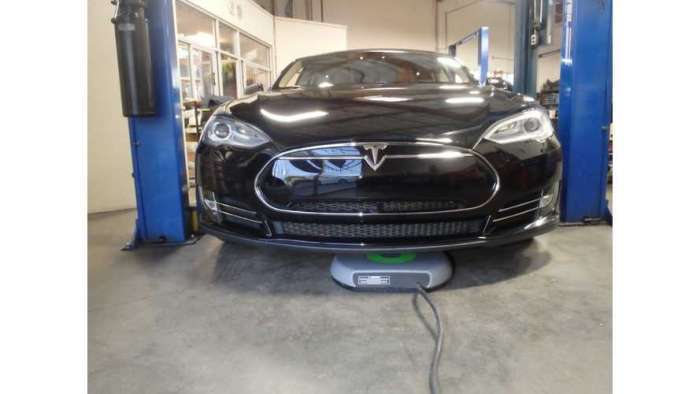 Various systems have been developed over the last decade aimed at charging both personal and public transport vehicles. These prototypes range from 2kW to 200 kW of power delivered at frequencies around 40-100 kHz with overall efficiency from AC mains to DC battery, ranging from 80 to 95% . Charging distances are 50mm-400mm for production cars and public transport vehicles.

As for the Cybertruck, Tesla would need to guide the magnetic fields in order to reduce the losses, a requirement for these systems to be viable, as they have to be mounted close to the ferrous vehicle body. A third trend would be to integrate the different powertrain components and controllers in the vehicle. 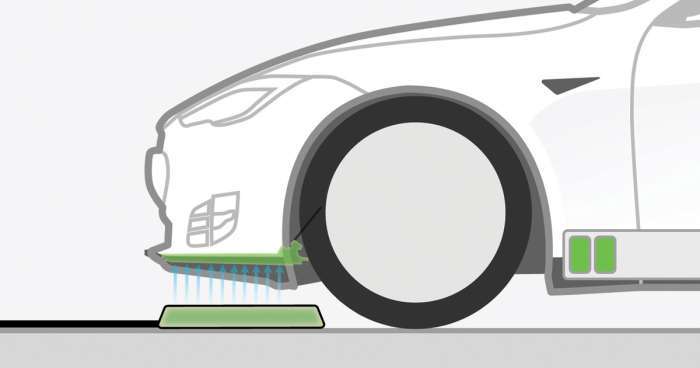 There are many practical examples of stationary inductive charging, including bus based wireless electric vehicle charging systems (WEVC). Such systems have helped in reducing the weight of on-board batteries and have improved efficiency. Some examples are: Conductix- Wamplfler’s WEVC in buses at Torino, Geneo and s’Hertogenbosch in the Netherlands. Efficiencies of more than 90% were reported at 60, 120 or 180 kW.

WAVE IPT, a spin-off from Utah State University, has been working on 50 kW IPT systems achieving more than 90 % efficiency. They are expecting to install IPT systems with 250 kW charging. In South Korea, OLEV, a spin-off from Korean Advanced Institute of Science and Technology (KAIST), developed a third generation of wireless power transfer with a power transfer efficiency of 83% at a 20-cm air gap.

As we can see, there many different approaches to the technology, many different ways to implement and in my opinion, it would be a really good feature to be included in the upcoming Tesla Cybertruck, scheduled for 2023 (hopefully!). What do you think? Please share your comments below.

Chris Cooper wrote on October 30, 2021 - 6:02pm Permalink
I hope Tesla adds a feature to lower the vehicle air suspension when wireless charging. It would reduce the air gap. They must have thought of this optimisation surely.
Nicolas Caballero wrote on November 6, 2021 - 10:56am Permalink
I suspect they already have it (hopefully) and will include it; agree 100% with you.
FELIX M. SAN ... wrote on November 6, 2021 - 3:35pm Permalink
Thank you for your reply. I consider it as positive resonse since I am an avid advocate of supercapacitor devices even till now and even doing design applications of the same. AND, It's a pity though since ELON MUSK abandon MAXWELL since acquiring it and he lost faith on the SUPERCAPACITOR's capability in FAVOR OF THE BATTERY for USE in his TESLA Cars and BATTERY MEGAPACKS.
FELIX M. SAN ... wrote on November 5, 2021 - 3:50pm Permalink
TESLA SHOULD ALSO INSTALL SUPERCAPACITOR MODULE PACKS TO STORE ENERGY DURING OFF-PEAK PERIOD FROM THE GRID TO SAVE ENERGY (SAME AS THE BATTERY PACK) AND THEN DISCHARGE IT TO THE EV CARS WHEN CHARGING TIME FOR ITS BATTERYS COME. IT CAN CHARGE THE CAR BATTERYS FASTER SINCE SUPERCAPACITOR HAS HIGH SPECIFIC POWER DENSITY ALTHOUGH WITH LOWER ENERGY DENSITY!
Nicolas Caballero wrote on November 6, 2021 - 10:54am Permalink
That could be an option to explore, even though a thorough cost/benefit analysis would be recommended; but yes, in general, super-capacitors are a good idea in terms of high power density
Fredrik Angetun wrote on November 11, 2021 - 6:31pm Permalink
You should really look into WAVE (wireless advanced vehicle electrification) some more. Next year they are bringing 1 MW wireless (inductive) charging to market.

LG's New EV Battery Plant Is a Welcome News for Tesla
Tesla Giga Berlin's New Hurdle: It's Not Only the Gov't, but Now Tesla Itself
END_OF_DOCUMENT_TOKEN_TO_BE_REPLACED