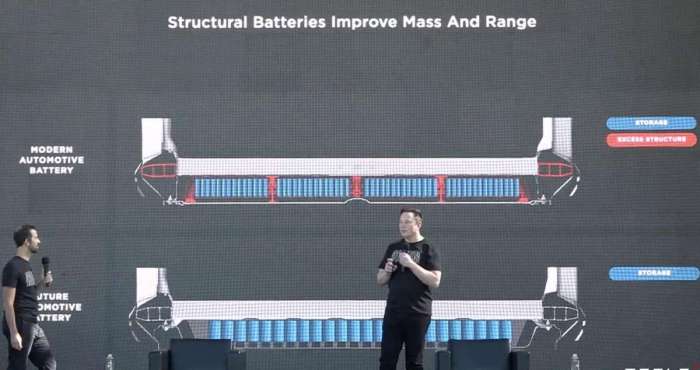 Tesla 4680: Giga Texas to Begin Production in 2022 and a Short Review of Battery Tech

The restricted energy content of batteries is one of the major drawbacks limiting the successful implementation of EV technology nowadays, for every single automaker around the world. Considering the specific energy of gasoline is 9.2kWh/kg, corresponding to more than 3kWh/kg useful specific energy, limitations of the battery powered EV become apparent. That is why any news about Tesla´s 4680 battery production is significant, even more in the case of Giga Texas.
Advertisement

In that regard, many important questions were answered by Elon Musk during the Shareholder meeting this week. Among them, and when asked specifically about 4680 battery production at Giga Texas Austin in 2021, Elon Musk gave this interesting answer:

He basically said "…I don´t think we will see 4680 battery production in Texas this year, but we are making 4680s in California... at our pilot plant, which is a big plant by normal standards, and like it can kick about 10 GW/h a year, so ...it is just a mile away from our Giga Factory in Fremont, so basically that factory will be able to make more than enough cells for Giga Texas to scale production of Model Y; ...and I do want to emphasize: form a point in which a factory can start making cars to where it reaches high volume production is typically about a year; that´s considered very fast." 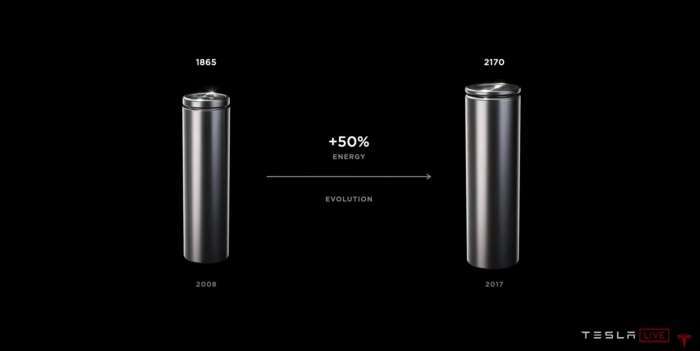 Regarding the 4680 batteries, there is a specific power limitation, as the ability of a battery to deliver and accept energy at very high rates is limited by the physical processes occurring within the battery cells. When current flows into the battery, the reaction within the cell must occur at a corresponding rate. This means that the dynamics of the reaction at the electrode surface and the transport of ions (kinetic properties) must occur at the same rate as the supplied current. Because of the high currents associated with high power, the reaction rate is unable to match the rate at which current is being supplied. As a result, the capacity of the battery is reduced and joule heating occurs within the cell. These are problems that have been already worked out by the Tesla team, as per the information available. 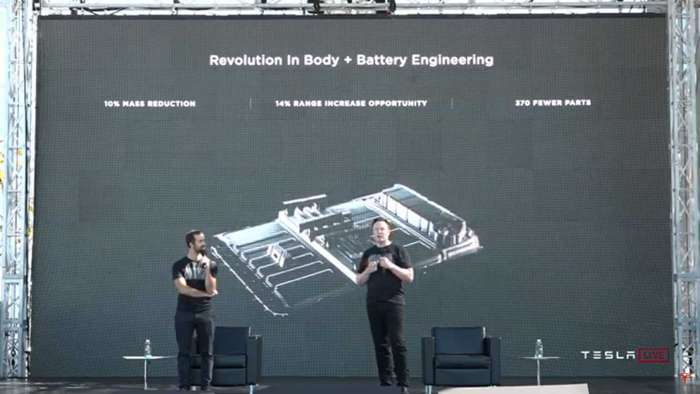 The 2170 cell is 5000 mAh and according to Sandy Munro’s analysis (Source: MunroLive.com) says the 4680 new Tesla cell will be around ~9000 mAH. Currently, 4,416 (2170) cells are placed inside Tesla Model 3/Y Long-Range battery packs. In contrast, there will only be 960 cells required to fill the same space. In addition, the 4680 cell-based battery pack will be much simpler and cheaper to build. The 2170 based battery pack architecture is made of cells divided into 4 modules and further into bricks of 46 cells each. This complexity will be eliminated by using the new 4680 cell design and coupled with the tabless cell construction, the manufacturing process becomes even simpler (requiring fewer parts).

Apart from these newer 4680 cells, there are many different kinds of batteries; to name and review a few in order to have a broader idea, let´s see the following:

Lead acid batteries: this is a mature technology where limited progress has been made in terms of energy and power density. Deep cycle batteries are available, which have re-enforced electrodes to avoid separation and sludge formation. Prospects for use in EVs are limited, due to low energy densities, sensitivity to temperature and life cycle.

High temperature batteries: sodium-nickel chloride (NaNiCl or Zebra) batteries have been deployed in numerous EV applications to date 4 . The high specific energy is attractive for long range EVs. The high operating temperature (300°C) requires pre-heating before use, which can use quite a lot of energy if parked regularly for long periods. For this reason, this battery is considered more suitable to applications where the EV is being used continuously (public transport and delivery vans etc.). 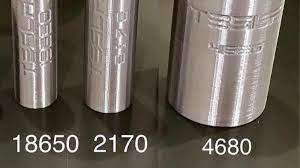 Metal air batteries: aluminum-air (Al-air) and zinc-air (Zn-air) batteries both use oxygen absorbed from the atmosphere on discharge and expel oxygen when being charged. The energy density of these batteries is high but, lower power densities mean that applications are limited. Al-air batteries consume the aluminum electrode, and must be removed and replaced or reprocessed. Some applications have been tested where fleets of EV delivery vehicles are running with Zn-air batteries, where removable zinc cassettes can be replaced when discharged for recharged units. The low specific power of metal air batteries may see these battery types restricted to long distance delivery vehicles, but the advantages of regenerative braking may be sacrificed.

Lithium based batteries: Lithium based batteries are classified by the type of active material. Two main types exist, those with liquid (Li-ion-liquid) and those with polymer electrolyte (Li-ion- polymer). The Li-ion-liquid type is generally preferred for EV applications. Within the Li-ion-liquid type, there are three lithium materials, lithium cobalt, (or lithium manganese oxides), lithium iron phosphate and lithium titanate.

Lithium manganese: lithium manganese (LiMn 2 O 4 ) offers a potentially lower cost solution. It has been largely studied for electrical vehicle application, especially in Japan. The drawback of this type of battery is the poor battery life due to the slight solubility of Mn. 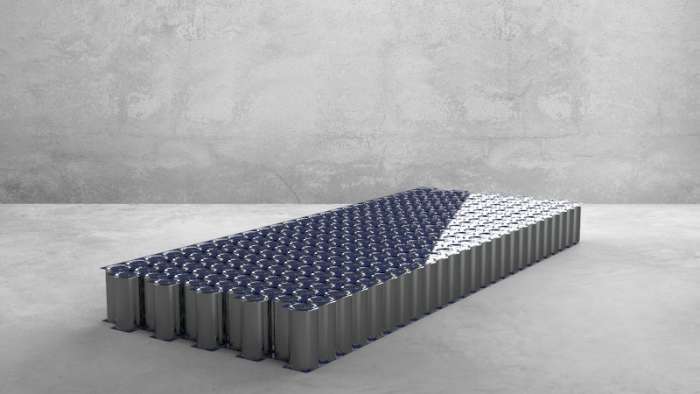 Lithium iron phospate: lithium iron phosphate (LiFePO 4 ) batteries are manufactured by many companies in the world and have gained credibility through their use in power tools. Lithium iron phosphate cells have a much lower energy density than standard format cells, but can be charged much faster—around twenty to thirty minutes. Moreover, LiFePO 4 has been recently considered that it features an improve stability on overcharge which is good for safety, a very high power and has potential for lower cost because they use iron.

Going back to the 4680 Tesla cell, and according to a publication by Business Insider, a "top battery researcher" watched Tesla's Battery Day and concluded: "I give it an A-plus." Who's this expert? Shirley Meng is Editor-in-Chief of MRS Energy & Sustainability and has been working in the field for over a decade. She's also founding director of the Sustainable Power and Energy Center at the University of California San Diego where she's also involved in nano-engineering and materials science.