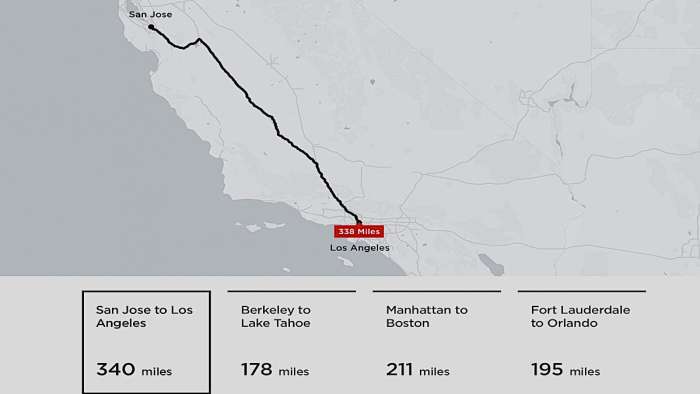 Why The Tesla Model S Plaid Plus Was Cancelled

Built for speed and range, the Model S Plaid with its Tri motor all-wheel drive electric powertrain is listed as potentially able to achieve 0-60 mph (with rollout subtracted)---9.23 seconds at 155 mph in quarter-mile tests---at a peak power of 1,020 horsepower and an estimated range of 390 miles.

In comparison to the Model S Plaid---which is available currently—at a price of $114,490 (factoring in incentives and gas savings), the Plaid Plus is still listed on the Tesla website at a price of $144,490 with an expected release date of mid-2022.

The only expected practical difference between the Plaid and the Plaid Plus is that the Plus model was expected to offer more range---with a single charge---of potentially up to 520 miles, and that its acceleration would increase slightly.

So, why was the Plaid Plus suddenly dropped?

Reasons for Plaid Plus Cancellation

Tesla news source Electrek reported that the reason given was that in Tesla’s current view there is no practical need for an EV to have a range of over 400 miles in a single charge. They received a comment from Tesla stating that, “What we are seeing is that once you have a range above 400 miles, more range doesn’t really matter. There are essentially zero trips above 400 miles where the driver doesn’t need to stop for restroom, food, coffee, etc. anyway.” 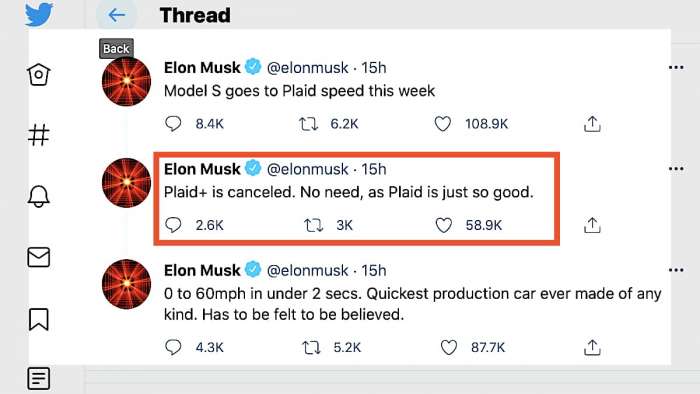 Electrek’s take on the reason provided; however, raises some question as to whether the reason provided from Tesla is really accurate or true. While it is true that only the most gifted bladders can hold on for 400 miles or more, Tesla owners in colder climates where battery performance would be diminished some, just may want that promised extra mileage in their Tesla.

National news sources reporting on the surprise cancellation of the Plaid Plus model offer that it’s really more about economic realities that may have sounded its death knell. A shortage in computer chips and rising manufacturing costs that are protracted to raise the final price of a Plaid Plus another $10,000 (there goes the planned FSD in your Tesla budget), may be the real reasons why. Hints that this was coming could have been intuited with reports that Plaid Plus was no longer available for preordering just a few short weeks ago.

Other sources speculate that it’s not only the economic realities that are plaguing not just Tesla and other automakers; rather, that it has to do with selling more of the Plaid Plus’s popular predecessor, that would likely outsell the Plaid Plus anyways due to it is more affordable and nearly just as high performing.

On the same note, then, there are also speculations that it has to do with reserving the supply of 4680 cells for the Tesla’s true super starship---the Tesla Roadster with its expected even faster acceleration (Tesla G-force be damned, full speed ahead), a top speed of 250 mph and a range of over 620 miles on a single charge!

Taking the current views and speculation thus far, the reasoning, “…no need, Plaid is just so good” does not really seem to hold water. In other words, while there is no denying that the Plaid Plus is good, perhaps the real reason is just that it is really “not good enough” to risk squandering resources on, when an automotive starship is in the horizon.

Furthermore, Tesla is known as a “Let’s try it, and do it---because it’s there" type of company, where the actual need to really do something spectacular, is at times, not well defined ---Mars, anyone? However, a reason offered of “…no need, as Plaid is just so good” does not seem to ring true from a company that has accomplished so much. Tesla, knows that other EV makers will want to take advantage of this reasoning and will work to provide what car enthusiasts really want---envelope breaking technology. As in all things, it’s not necessarily “the better” that wins a race, but “who was first” that gets the credit. That 500 mpg on a single charge could be EV’s Chuck Yeager equivalent.

We welcome your comments on what your take is on the cancellation of the Model S Plaid Plus and what this means for Tesla and its followers.

Up next on Tesla: What math and physics say about the Roadster hitting 60 mph in 1.1 seconds.