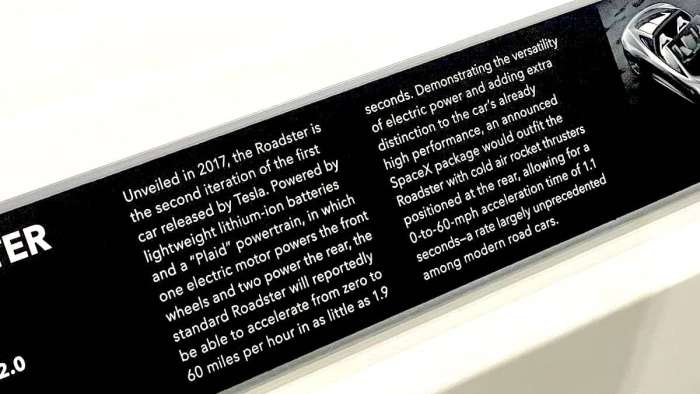 Doing The Math on a Tesla Roadster 0-60 in 1.1 Seconds Claim and What Was Determined

According to an automotive website, a little number crunching and reality checking reveals what they found when doing the math on Tesla’s reputed claim of an achievable 0-60 mph in 1.1 seconds with a Roadster outfitted with a set of cold-gas thrusters known as the “Space X Package.”
Advertisement

Achieving 60 mph in under two seconds is observed in Rallycross Supercars fitted with a 600 horsepower ICE, performance tires, specialized limited slip differentials and a below 3,000 pound curb weight.

Here’s a YouTube Video explaining what it takes for a Rally Car to hit Tesla-like 0-60 goals:

In comparison, the Tesla Model S Plaid with a 1,020 horsepower electric powertrain and curb weight of 4,766 pounds claims 0-60 in 1.9 seconds as well. However, Tesla’s sub 2-second claim benefits from a rollout’s free one-foot of acceleration, and in reality that the production Plaid’s 0-60 is slightly above 2 seconds. A caveat to this is whether Tesla’s road tests were done (or can be done) with non-commercial specialized tires, that just may possibly squeeze the Plaid under 2 seconds.

Here’s a YouTube video explaining why the Tesla Model S Plaid is not really a sub 2-second car as advertised:

But, what about the cold-gas thruster outfitted Tesla Roadster achieving 0-60 mph in just 1.1 seconds claim? Is it doable?

That’s the question the website Jalopnik recently posed and revealed to readers about what they found with the help of physicist Stephen Granade, Ph.D. who helped decipher the math and physics behind what would be incredible automotive acceleration in a production car.

Here’s a summary of what Dr. Granade had to say:

• Imagine an air powered thruster being like blowing up a child’s balloon and watching it fly around as air is forced through a narrow opening.

• Factoring the weight of the Roadster at about 3,500 pounds (it might actually be less, but this is the number used) to produce the amount of thrust needed to achieve 0-60 mph in 1.1 seconds, 10 thrusters are needed releasing 2.7 kilograms of air per second tallying about 30 kilograms (a tad over 60 pounds) of air used in that 1.1 seconds.

• The minimum amount of air needed can be held in a tank about the size of a small water heater. In Tesla’s case, the SpaceX pressurized compressed air storage vessel---known as a COPV---which holds nitrogen at 6,000 psi could potentially be used.

• However, since like a balloon, the pressure inside a tank drops as air is released, significantly more compressed air is needed than the calculated minimum in order to maintain a constant pressure to maintain the needed thrust. In other words, the tank will have to be significantly larger than a small water tank, but still possible; and more so, if an electric pump can keep the tank refilled and pressurized.

• In reality, the pressurized cold air thruster “Space X Package” would essentially be a one-time, one-second every several hours feature because refueling the tank with compressed air will take hours to accomplish before the next joy ride.

The article ends with not only does the actual physics make a “Space X Package” outfitted tesla Roadster impractical for production use, but that there are numerous safety issues regarding the forces going on during that 1.1 seconds and whether a driver---or Autopilot with FSD---can keep the car under control without killing him or herself and others in the process.

For more details explaining the math and physics, check out the Jalopnik article titled, “We Did Some Math On The Tesla Roadster's Claimed 1.1 Second 0-60 Time.”