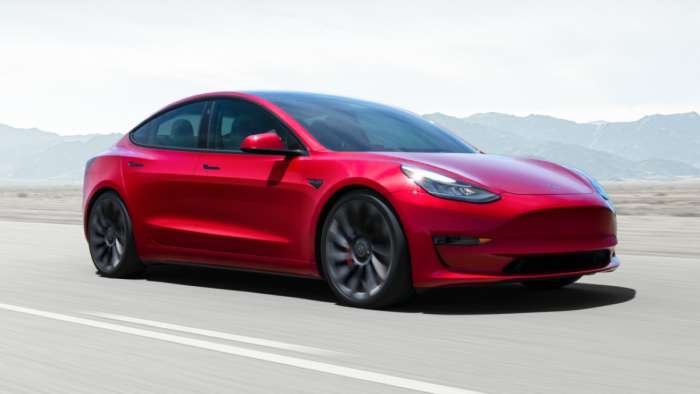 In a wide ranging revision of the company's vehicles prices, Tesla has increased prices starting from up by $500 all the way up to $10,000. The price hikes include the Model 3, Y, and S.
Advertisement

Tesla in an update to the company’s online configurator has instituted a wide-ranging increase in the prices of its vehicles. The price increases affect the Model 3, Model Y, and the Model S. And range from a modest increase of $500 up to a staggering $10,000 increase.

The company’s most affordable offering, the Standard Range Plus Model 3, saw its price increase by $500 and is now up from a starting price of $36,900 to $37,490. The updated cost now becomes the entry price to Tesla’s vehicles. 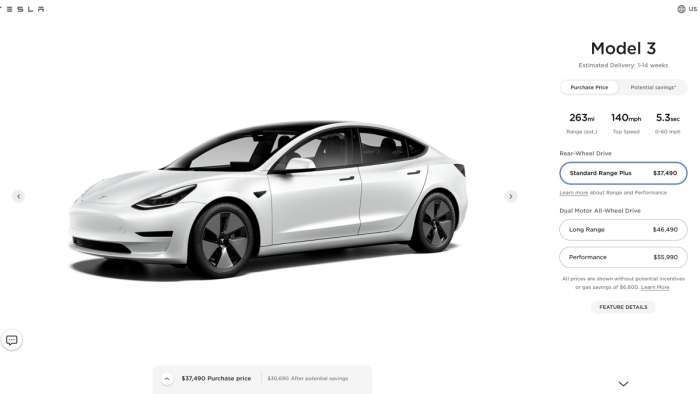 The next vehicle to get the price bump is the Model Y. The Long Range Model Y saw its price increase by $1000 and now starts at $49,990. Having recently discontinued the Standard Range Plus Model Y, entry to Tesla’s affordable crossover now sits at $51,190 including the mandatory $1,200 doc and delivery fee. 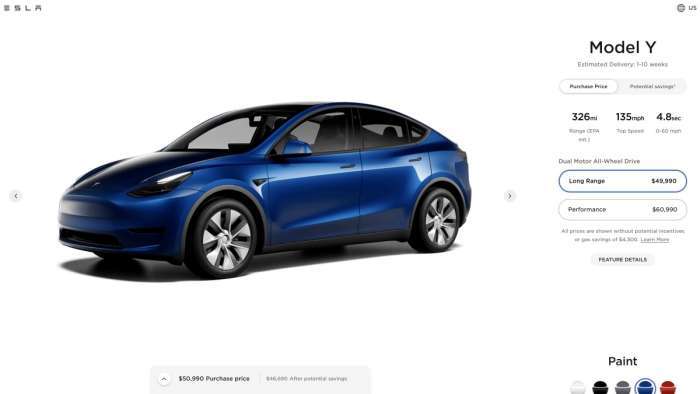 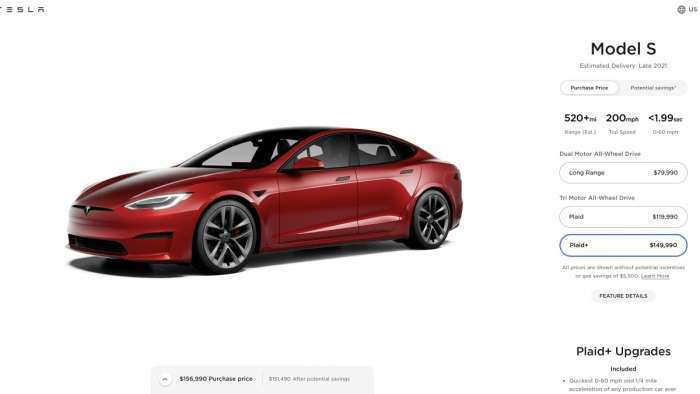 This will make the Plaid Plus Model S the first Tesla vehicle to have a starting price above $150,000 when deliveries begin later this year. Again that is adding the mandatory $1,200 doc and delivery fee. However, given the performance numbers, range, technology features it packs the Plaid Plus Model S is still a bargain as compared to any vehicle of its caliber.

As for the Long Range and Plaid variants of the Model S and Model X, Tesla has chosen to keep their prices intact for now. However, the prices of these vehicles saw a $10,000 increase recently with the launch of the refreshed variants.

As usual, Tesla hasn’t stated the reason behind the price changes. Based on demand and production capacity, Tesla routinely changes the prices of the company’s vehicles and as the prices increase suddenly they could also come down without any warning.

Currently, there is a bill that is making its way in the US legislature to reinstate a $7,000 federal EV tax rebate. And if the bill passes it will further decrease the cost of Teslas including all EVs to consumers. There are currently a couple of versions of the bill: one will extend the federal tax rebate for another $400,000 vehicles and the other will eliminate the cap and will extend it for 10 years.

Tesla-Funded Research Reveals One of The Biggest Mysteries of EV Battery
Tesla Tesla Buyer Nets a Whopping $12,000 Discount After Asking for Reduction
END_OF_DOCUMENT_TOKEN_TO_BE_REPLACED