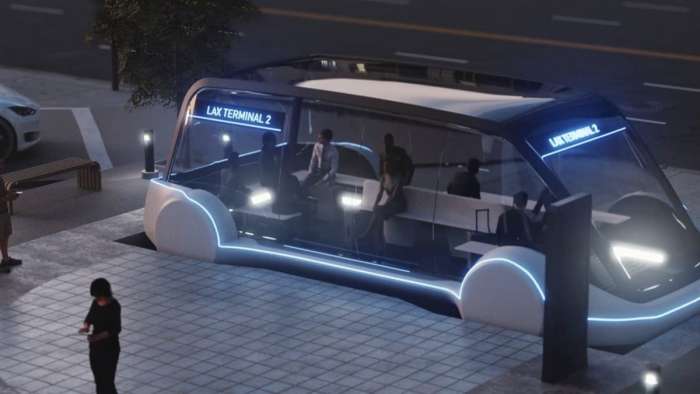 Information regarding Tesla's upcoming dedicated robotaxi has been quite limited so far. In what might be the very first details about the new vehicle, Tesla today revealed the design principle of the upcoming robotaxi. Tesla says acceleration, top speed, and handling will not be a top priority for the new vehicle.
Advertisement

Tesla’s current vehicle lineup is made up of the Model 3 and S sedans and the Model X and Y SUV and crossover. And by selling these 4 vehicle variants, in 2021, Tesla was able to deliver close to 1 million vehicles.

However, by 2030, Tesla has plans to sell 20 million vehicles a year. And to achieve this lofty goal, the EV maker will need to, one, significantly increase production of the current models and, two, it needs to expand its vehicle offering by introducing new models.

To achieve the first goal, Tesla has been adding Model Y production capacity at its newly inaugurated factories in Grunheide Germany, and Austin Texas. When fully ramped Tesla plans to produce more than a million Model Ys and around 750,000 Model 3s a year.

These are incredible numbers and are expected to make the Model Y the best selling vehicle in the world either electric or internal combustion. However, in order to reach the 20 million goal, Tesla will still need other vehicle variants to make up the number.

Luckily, the EV maker already has 3 new vehicles in the pipeline and all of them are expected to begin production in 2023. These include the redesigned Cybertruck, the redesigned Roadster, and the redesigned Tesla Semi.

However, even after fully ramped, these vehicles are expected to increase Tesla’s annual vehicle output “only” by several hundreds of thousands.

This is where Tesla’s upcoming robotaxi enters. Information regarding the new vehicle is currently sparse. At Tesla’s recent Cyber Rodeo event, Elon Musk, speaking about Tesla’s upcoming vehicle lineup gave us some information saying “there is going to be a dedicated robotaxi that’s going to look pretty futuristic.”

Besides this, there isn’t a lot we know about the vehicle. Speaking at Tesla’s Battery Day event back in 2020 Elon Musk had said the upcoming robotaxi will cost $25,000. However, that was before the current inflation that has forced Tesla to increase the prices of its vehicles by more than $10,000.

Currently, Tesla’s robotaxi is slated to be unveiled in 2023. And we will likely have to wait for the unveiling before we get a complete picture of the vehicle. However, for those of us too excited to wait, today, Tesla gave us some information regarding the new robotaxi.

NEWS! - Reuters has reviewed an internal memo from #Tesla #GigaShanghai revealing when Tesla will return to pre-lockdown production level. The deadline is soon. See https://t.co/ClEA5sbicS pic.twitter.com/qPOt0FhTIJ

The energy efficiency of Tesla vehicles will continue to improve as we improve our technology and powertrain efficiency. It is also reasonable to assume that our high-mileage products, such as our future Tesla Robotaxis, will be designed for maximum energy efficiency as handling, acceleration and top speed become less relevant. This will minimize cost for our customers as well as reduce the carbon footprint per mile driven.

Elon Musk had previously said “at Tesla, we don’t make slow cars” and it is interesting to now see Tesla will not be focusing on handling, acceleration, and top speed when it comes to the new vehicle.

However, this makes sense given the primary and perhaps the only goal for Tesla’s upcoming robotaxi is decreasing the cost per mile of ride-hailing to as low a number as possible. And when seen through this lens, Tesla making efficiency its number one priority makes a lot of sense.

As of now, this is the only information we have regarding Tesla’s upcoming robotaxi. However, we will be sure to keep you posted as we learn more about Tesla’s new vehicle. Until then, make sure to visit our site torquenews.com/Tesla regularly for the latest updates.

So what do you think? Disappointed Tesla’sOr do you agree with Tesla that efficiency should be the primary goal? Let me know your thoughts in the comments below.

Image: Courtesy of The Boring Company

For more information check out: How Do the Best Selling EVs Compare To Tesla?