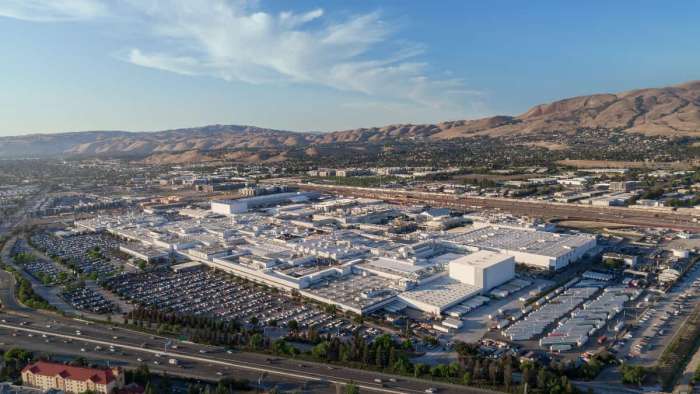 Cathie Wood and her firm ARK Invest are famous for their optimistic Tesla prediction. And now, in a new 55 minutes long interview, Wood says Tesla has a chance of selling 20 million vehicles a year by 2025.
Advertisement

ARK Invest, the exchange-traded fund (ETF) run by Cathie Wood is famous for its bullish predictions about Tesla. In January 2020, ARK predicted that Tesla stock will 10X to $7000 ($1400 after the 5 to one stock split) per share by 2024. The price target was the highest among all financial firms that follow Tesla.

At the time most thought ARK’s prediction was laughable. However, at its highest Tesla stock 9X its price since ARK released their report. Currently, Tesla stock has given up some of its gains after Elon Musk started selling 10% of his Tesla stock in order to pay tax.

In March of this year, ARK Invest published the firm’s latest Tesla prediction. In their model, ARK said Tesla will produce 5 to10 million vehicles a year by 2025 and could be worth 3 trillion dollars. This is by far the most optimistic price prediction among all analysts following Tesla.

Related news: Rivian vs Lucid: The Potential In The Long Term

However, Cathie Wood now says those predictions might have been too conservative. In a new Barron's interview, Cathie Wood says after looking at Tesla’s progress with the Full Self Driving (FSD) Beta program, she believes Tesla might be able to garner a 20 to 25 percent share of the entire automotive market in the next 5 years.

Cathie Wood defends her prediction by pointing out Tesla already has a 60% share of the electric vehicle market in the US and a 20% share worldwide. In her firm’s earlier analysis, ARK expected Tesla’s EV market share to fall as new electric vehicles are introduced to the market.

However, to ARK’s surprise, Tesla’s share of worldwide EV sales rather than decreasing is keeping steady or growing. This has given ARK confidence to be even more bullish on Tesla.

The second, and perhaps the most important reason for Cathie Wood’s optimism is Tesla’s progress in Full Self Driving. In the interview, Wood points out Tesla’s lead in FSD computer hardware and the progress she has seen in the FSD Beta program.

Wood says if Tesla achieves full self-driving ahead of all competition, this will give the EV maker an insurmountable edge that it could leverage to get a larger share of the worldwide automotive market.

A new study shows that EVs cost less to maintain and repair than conventional cars (usually). Do the savings surprise you or confirm your expectations?https://t.co/yACNkqP4b6 pic.twitter.com/DKpqrjmyDX

Currently, the two largest automakers in the world are Volkswagen and Toyota. Both companies have several brands contained under a big umbrella and produce around 10 million vehicles a year. This means if Wood is right Tesla will take the entire market share of the German and Japanese giants.

Wood’s prediction is certainly exciting for Tesla fans and investors. However, Tesla’s official plan is to hit 20 million vehicles a year by 2030. We will be sure to keep you posted if Tesla announces a change in plan. Make sure to visit our site torquenews.com/Tesla regularly for the latest updates.

So what do you think? Is Wood’s prediction too optimistic? Do you think Tesla has a chance of hitting 20 million vehicles a year by 2025? Let me know your thoughts down in the comments below.

For more information check out: Volkswagen to Improve Power Infrastructure to Catch Up With Tesla Also, see Starlink Satellite Internet Connection Now Available at Tesla Superchargers in Some Spots

Tesla Giga Berlin's New Hurdle: It's Not Only the Gov't, but Now Tesla Itself
Teslas Are Sold Out Until 2023, But The Timing May Reverse
END_OF_DOCUMENT_TOKEN_TO_BE_REPLACED