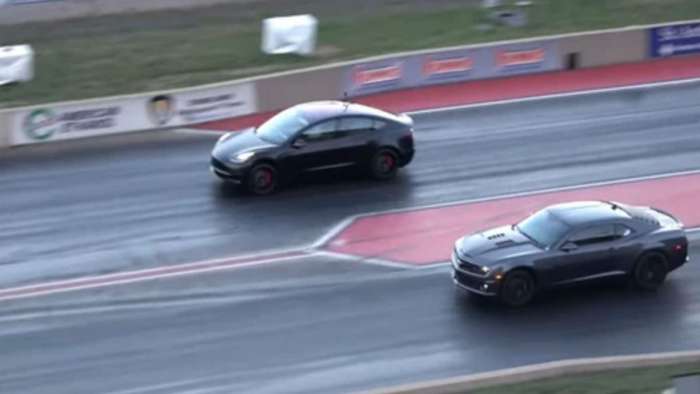 Tesla To Overtake GM in Sales in 2023

Tesla, an all electric vehicle maker, will overtake General Motors (GM), in vehicle sales in 2023. This is with GM producing mostly gas powered cars and Tesla producing all electric cars. Let's see how this will happen.
Advertisement

Gary Black makes a good argument here. If there is one thing to correct, it is that he is stating GM sales for just the U.S. GM sold about 6.8 million vehicles worldwide in 2020. If you divide that by 4, you get 1.7 million/quarter. That's quite a bit more than 447,000/quarter. Still, GM experienced a 33% drop year over year in the U.S., and this is likely going to affect global sales as well.

In 2023, I expect Tesla to surpass a 2 million vehicle per year run rate. In fact, I see Tesla getting to nearly 2.8 million vehicles that year, worldwide. By 2025, I expect Tesla to get to 8.5 million vehicles worldwide. By my calculations, Tesla will eclipse GM in worldwide sales in Q1 or Q2, 2025. This will happen quicker if GM isn't able to salvage its situation and start selling more electric vehicles, which I don't see happening. It took Tesla about 8 years of actually delivering electric vehicles to become profitable doing it.

When the chip shortage eases up next year, electric vehicles are going to be very close to parity on price overall with gas cars.

To truly see ahead, we must take the average increase in deliveries per quarter for Tesla over the last couple years and project that rate of increase going forward. I see no reason to see a slow down in Tesla as electric vehicles continue to improve, reach price parity and then even better than gas powered cars, and Tesla continues to release new models like the CyberTruck and Model 2, along with new giga factories like Giga Berlin and Giga Texas. I won't even calculate robotaxi's in this growth.

Tesla has historically grown just over 16% on average per quarter over the last two and a half years. I'm going to round this down to 15% and project growth going forward. Some quarters may be more and some less when actual numbers come, but I believe this estimate will give a good idea of the future of where Tesla is going.

Tesla Delivery Growth Estimate, at about 15% growth per quarter average

After 2025, the results start to get pretty staggering, with Tesla getting to almost 80 million vehicles produced in 2029. It's tough to say how things are going to play out at that point, but bet on Tesla continuing to innovate with extreme urgency.

Will Anybody Catch Up To Tesla?

For anyone to catch up to Tesla, they are going to have to make comparable models and features, along with safety and technology. Why would someone pay more for a car that does less? That doesn't satisfy the inherit self interest that each human has.

One things is for certain, I'm excited to see how this decade plays out. Will Tesla remain untouched? If so, I'm worried about the future of Legacy Automakers like Ford, GM, Chrysler, and Volkswagen. On the other hand, if those companies can innovate and offer unique value, there's a chance they might make it. Time will tell.

What do you think of Tesla's growth going forward? Will other auto makers catch up? Will Tesla surpass GM over the next few years in sales?

John Goreham wrote on October 4, 2021 - 8:53pm Permalink
Tesla's reporting of global deliveries in an industry that uniformly reports deliveries by market is working as planned. People are comparing Tesla's global sales to the sales of other automakers in just one of many markets they serve. And of course, assuming that the competition will stand still.
Bill Johnson wrote on October 5, 2021 - 5:53am Permalink
Great analysis, couldn't find a thing to argue. Being a Tesla bull kind of makes it easier I think because the normal skepticism a hyper growth phenomena might inspire is pretty much already dissipated by watching and following Tesla's incredible story. I see the Big 3 (soon to be little 3?) continuing their downward spirals so they will be in the rear view mirror by 2025 when Tesla challenges VW's and Toyota's global numbers.
joe9591 wrote on October 6, 2021 - 6:46pm Permalink
Keep dreaming!