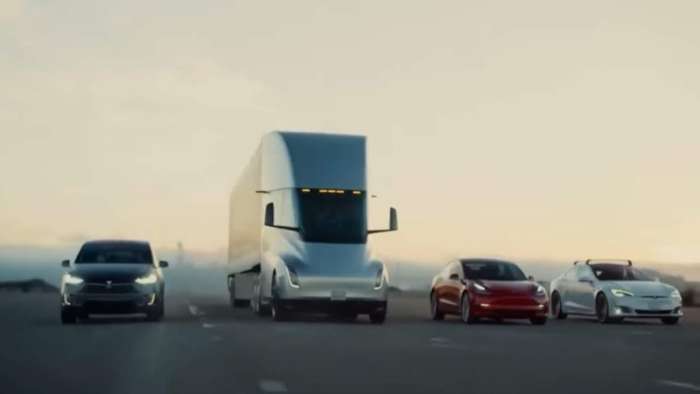 Tesla Production Is At An All Time High

Tesla just announced that June, 2022, was its highest month of production in the companies history.
Advertisement

Tesla Production Is At An All Time High

Tesla had its highest production month ever in June, 2022. We saw a lot of action and videos of cars being delivered. It was nice to see all hands on deck helping to deliver cars.

We got the Q2, 2022 delivery and production numbers as we talked about recently and Tesla produced 258,580 vehicles despite some major challenges with the shutdown of Giga Shanghai and supply chain challenges and shortages.

Tesla sales in the U.S. were still up 50% in the United States. All other vehicle companies struggled to grow with most having negative growth, year over year, in Q2, 2022. Porsche was the only other company in the positive, with all the others in the negative, with Mazda and Honda beyond a negative 40% growth rate.

Tesla stated that June, 2022, was the highest vehicle production month in the companies history. What is the current run rate for Tesla and their production? It looks to be about 1.9 vehicles. Tesla won't produce that many this year, but will be at that rate going forward.

Tesla is leading all other brands in Europe sales with 20% market share and this is by at least double, with Volkswagen in second place and all other companies in single digit percentiles. The Model Y was by far the best seller.

Tesla has sold 406,869 units globally by May of 2022 with a leading market share of 17%. This makes them the top selling EV maker on the planet by far. In second place was BYD, and third was GM (mostly with a Wuling mini EV that isn't even made by GM). Volkswagen is 4th.

Tesla is also ramping Giga Berlin and Giga Texas and those two factories seem to be getting traction now. There is a Model Y long range available at these two factories. With any new factory, there will be issues to work out and Tesla has been doing that.

Other auto makers seem to think they can catch up with Tesla and I think this is mostly all talk. They are doing visual renderings and simply saying they will catch Tesla, but the results just aren't showing this. Tesla has also put up its 800th super charger station in Europe. These super charging stations are large with over 20 stalls.