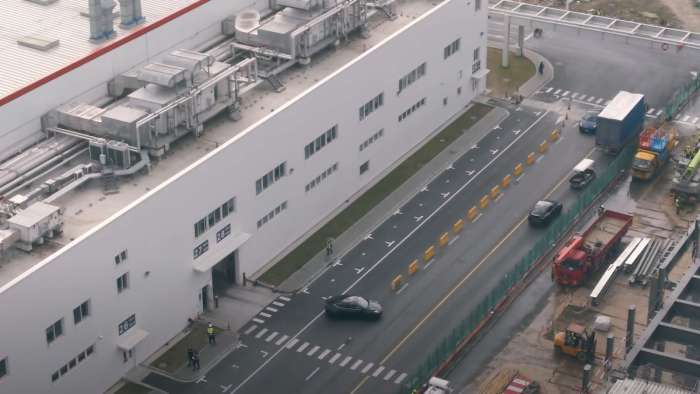 A Model Y Leaves Giga Shanghai Every 38 Seconds - How Much Is That a Year?

We have a video of a Model Y vehicle leaving Giga Shanghai every 38 seconds. That's a lot of Model Y vehicles. What does that mean for Tesla stock? How much is that in a year? We'll answer that, and much more, below.
Advertisement

In China, a base Model Y costs about $43,962 and a performance Model Y costs $60,740. We know that the base model is going to sell more than the performance model, let's call it 80/20. We also know that in China, the margin on vehicles is about 30%. Let's take a look at revenue and profit numbers.

The revenue and profit for a year could go something like this:

What Does This Mean For Tesla Stock?

To see what this means for Tesla stock, we need to see how much these Model Y vehicles make of Tesla's overall revenue and profit numbers. If we look at Tesla's latest shareholder deck, for Q3, 2021, we see the following (ttm = trailing twelve months):

We know these numbers will increase most likely for Q4, 2021, but for now, this is the best we have to work with. The Model Y in china currently accounts for 67% of Tesla's overall revenue and 87% of Tesla's overall gross profit. Wow! However, we have to keep in mind Q4, 2021 isn't factored in and these percentages are probably not this high now.

These are significant numbers. It means that China really matters for Tesla. It also means that Giga Berlin and Giga Texas are likely to produce similar numbers. I would not be surprised to see in 2023, a run rate of 600,000 or more for Model Y vehicles from Giga Texas and Giga Berlin each. This is going to significantly boost Tesla's revenue and profit.

The impact to Tesla stock is that Giga Shanghai represents more likely 60 percent of Tesla's overall business - for just the Model Y. If we were to include the model 3, I think we'd see this go over 70%. Giga Shanghai is absolutely critical for Tesla's business. And we also know that the 38 seconds isn't probably an exact science. It could be 45 seconds sometimes or even 60 seconds.

This means that Tesla stock has a lot of room to grow. I see Tesla getting to $1,500 a share or more in 2022 based on the growth of Fremont, Giga Shanghai, and the two new Giga factories in Berlin and Texas. It's going to be an exciting year!

Do you think Tesla will continue to increase the Model Y rate from Giga Shanghai? Will the Model Y be the best selling vehicle ever?