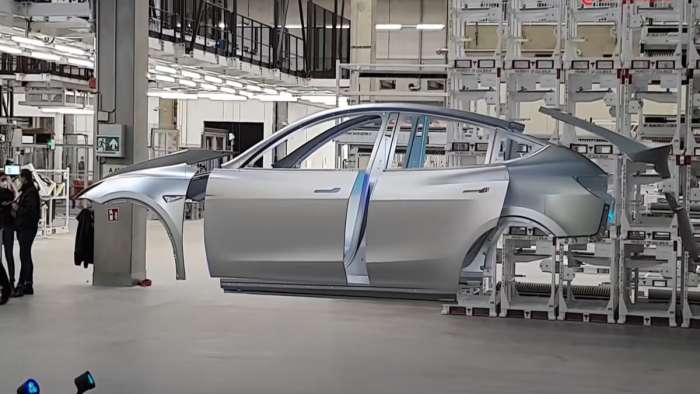 Giga Berlin Insider Leaks that Factory Is Still on Schedule

We have news from an insider for Giga Berlin that Giga Berlin is on schedule and that TorqueNews European source has had contact with his German Mr. X and that nothing is wrong with Giga Berlin's process and the water supply. Everything is still on schedule.
Advertisement

There is a water consumption lawsuit that threatens Giga Berlin's 2022 production. Today, however, we have reliable information from an inside source that a contact has information from a Mr. X and that nothing is wrong with the water supply and that is everything is on schedule.

This person doesn't know anything about the process of the water supply. The good news is that everything is on schedule.

The Environmentalist Association in Germany filed a lawsuit against the Brandenberg Environmental Agency and sued them because they approved water obstruction without testing.

Most of the water is pumped about 8 miles from Giga Berlin. There is a Frankfurt court proceeding over the lawsuit. They could derail Tesla's production plans for 2022. If Tesla does not have the right to extract water, there is no way to get drinking water.

If the lawsuit is successful, it might break Tesla's water supply contract for Giga Berlin. Tesla is planning to launch the Model Y crossover. Even with the approval permit, the lawsuit could stop Giga Berlin production entirely.

There would likely be damages if this happens because Tesla's contracts could not be approved. A hearing related to the lawsuit was postponed indefinitely. The court expects to receive more documents from various agencies. As we've said, nothing is known about the new process related to water supply for Giga Belirn and everything is still on schedule.

Giga Berlin is set to start producing cars this year in 2021, but I don't think we can expect there to be many cars produced. The real ramp will happen next year, in 2022, and assuming there is no delays with this water lawsuit, I'd expect Tesla to get to around 330,000 vehicles produced at Giga Belrin. This would be more than the first year at Giga Shanghai and the guidance given by Tesla CFO, Zachary Kirkhorn.

I wrote recently that Giga Berlin was about to come alive. I think it will ramp faster than Giga Shanghai did because of improvements to process and manufacturing that were learned at other Tesla factories.

There certainly has been a lot of red tape and delays with Giga Berlin - or at least talk of delays. I'm very excited to see the first cars produced and delivered to customers so we can put to be any issue of potential delays.

Is this insider information about Giga Berlin accurate? Will we see cars produced this year (2021)?