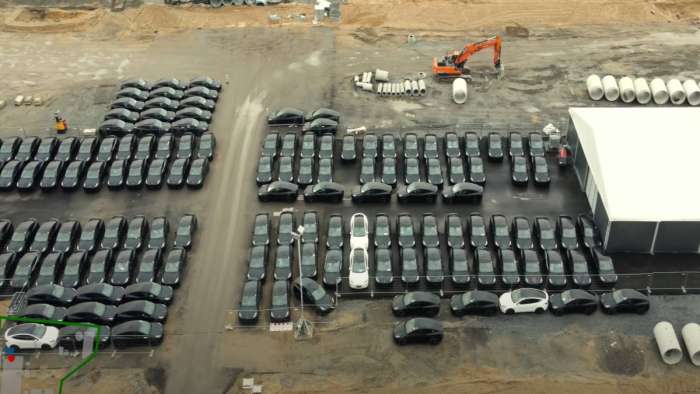 Giga Berlin Finally Going to Be Approved For Production

According to German News site Der Tegesspiegel, there is approval for Tesla's Giga Berlin factory to have full approval for production of vehicles this Thursday or Friday (March 3 or 4). There is a grand ceremony that is already being planned! Tesla & officials in Germany already met a few days ago to discuss this.
Advertisement

According to German News site Der Tegesspiegel, there is approval for Tesla's Giga Berlin factory to have full approval for production of vehicles this Thursday or Friday (March 3 or 4). There is a grand ceremony that is already being planned! Tesla & officials in Germany already met a few days ago to discuss this.

The approval process for Giga Berlin has been nothing short of slow. With a timeline for Elon Musk of last summer, Giga Berlin is about 9 months late in opening up. There are images of hundreds of pages of documents that go over what it took for Tesla to open up its factory in Berlin, Germany.

There has been pushback from environmental groups. There has been delays and delays over the course of many months for the government to finally approve Tesla Giga Berlin to open up. But it appears those delays are over and perhaps the Russia-Ukraine war has accelerated this approval.

Giga Berlin has been producing many performance Model Y vehicles. These are most likely for testing purposes and to validate the process of production at Giga Berlin for customers. Because Giga Berlin has had so much time to work on its processes and with the delays, I think that the factory will ramp very quickly.

The Importance of Giga Berlin Opening Up

There is a great importance to Giga Berlin finally opening up. Right now, the primary fuel source for vehicles in the world is gasoline. And right now, Russia controls a lot of the oil required to make that gasoline. Many European countries depend on Russia for that oil.

Giga Berlin opening up accelerates the world moving to sustainable energy. Each and every country should first strive to get energy independent. Then, after that, that country should strive for renewable and sustainable energy as the primary source of energy independence. When every country has all the energy it could ever want, the chance of wars will decrease.

Hopefully Tesla has grand plans to build a large number of superchargers all across Europe, including Germany. I would also love to see Tesla energy start selling Megapacks and Power Walls to European customers as well. This is an important time for the world to hasten its move to sustainable energy.

I'm looking forward to an opening event and celebration - both for Giga Texas and Giga Berlin, to celebrate two giant factories opening up and beginning to deliver vehicles to customers!

BREAKING NEWS $TSLA Giga-Berlin TO OPEN BY THIS FRIDAY

A grand Tesla opening ceremony is already being planned!!!

What do you think about Giga Berlin opening up? Is this just a rumor or is it legit news?