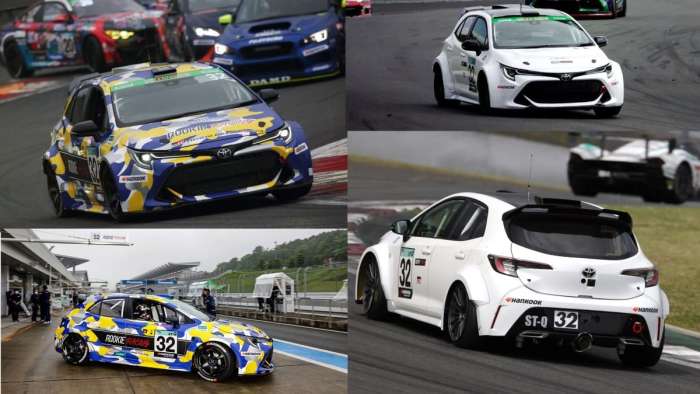 Toyota Was Trail-blazing With The Prius; Will It Reinvent The Auto Industry Again?

In 1997, Toyota introduced the first commercially produced hybrid vehicle, the Prius, starting the electrification movement. Toyota has made an impactful statement by introducing a 3-cylinder hydrogen powered internal combustion engine (ICE) to run a race-spec Corolla. While the sound is reminiscent of a gas-guzzler, it is a much ‘greener’ vehicle from an emissions standpoint. Their President, Aiko Toyoda has made it clear that the future he sees isn’t All electric.
Advertisement

Part of the reason that the world has been gunning so hard for electrification has been an either-or mentality that has pervaded the community for decades. Spurred-on by the oil industry, pursuit of other fuels has been stymied for years. In the first days of the mass produced automobile, when the Model T was first rolling out from Ford’s assembly line factories, gasoline wasn’t the engine’s only fuel source. While it’s hotly debated as to whether or not the engine was designed with the explicit purpose of being able to be driven using alcohol fuel, it’s certainly true that the vehicle runs just as well on 80% abv booze with some tinkering. At that percentage, it would take about an acre of corn to make somewhere in the realm of 100 gallons of ethanol, but the solids left over from the fermentation are still able to be used by farmers as cattle feed or even nitrogenous fertilizer. 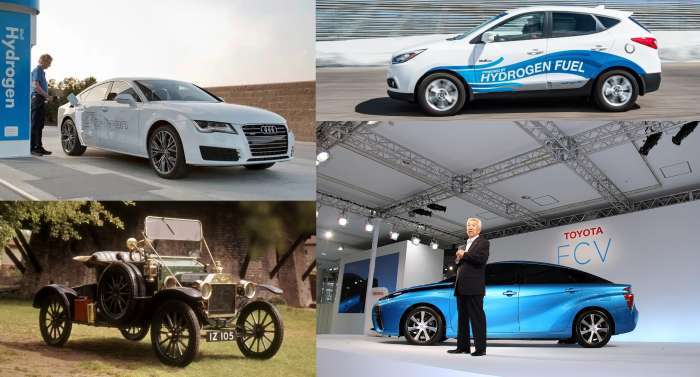 Ethanol has been declared as being inferior to gasoline, but I’d point out that e85 gas is 85% ethanol and can be used to make engines more powerful. In 1980, a book was released about how to modify a carbureted engine (specifically the author used a 69 Dodge Dart with a 318) to run on alcohol. It’s an interesting read and includes the claim that the Model T was designed to run on alcohol rather than simply was capable of being modified to run on alcohol. With an original gasoline fuel efficiency of around 13 miles per gallon, the Dart was modified to run on 180 proof alcohol, and got around 11 miles to the gallon. With newer engines, the efficiency could be a lot higher and would still offer near-zero-emissions with the emissions that it produces being mostly C02, not the more harmful Polycyclic aromatic hydrocarbons, which are the most carcinogenic greenhouse gasses to humans.

Toyota’s president wasn’t rattling his saber for alcohol as a fuel source, though. Aiko Toyoda instead has been championing another, arguably even-cleaner fuel: Hydrogen. The Corolla that was piloted in the Fuji Super Tec 24-hour endurance race uses a 3-cylinder internal combustion engine that’s powered by gaseous hydrogen. Hydrogen is a very powerful substance. The only waste products of its combustion are water and heat, but it’s still an energetic reaction. A notorious event involving hydrogen’s destructive potential was the Hindenburg disaster that claimed 36 lives, but the amount of hydrogen required to fuel a vehicle like a car is a lot less than that required to float a dirigible, so drivers of the potentially upcoming Corolla H2 shouldn’t be too worried about their vehicles doing an impression of some Chevy Volts.

Hydrogen may be better than ethanol at energy efficiency as far as miles per gallon, but hydrogen is not exactly cheap to produce. There’s electricity, which separates water easily, and even sorts the oxygen bubbles from the hydrogen bubbles for you, but electricity must also come from somewhere and therefor requires at least some sort of power. Sure, this can be harvested from solar and wind farms, or through alcohol-burning generators, but right now, in America, a lot of electricity is still produced with natural gas or coal. Also, why use electricity to produce hydrogen when you could use electricity to just charge the batteries?

As the future drags on, like EVs in the NHRA, and Fusion generation allows nearly limitless energy, it will be less of a concern, but right now, it’s valid: making hydrogen requires power. Another way to produce hydrogen easily involves dipping metal in acid. Different types of acids will have different resultant waste compounds that may or may not be extremely toxic to the environment. If that’s the chosen method of making the hydrogen; count me out. I don't want my fuel production to be even more harmful and toxic, and I'm sure that Toyota doesn't either; despite naming the new Prius after a dangerous plant, Night Shade.

One of the main methods of commercial hydrogen extraction involves something called steam reforming which involves methane and water reacting to form H2 and CO molecules, but is a notably endothermic reaction, especially with the secondary step to make the CO into CO2 with even more water. This means that it takes a lot of heat, or power, to produce. Methane, produced by cows at a rate of around 250-500 Liters per day, is one of the main greenhouse chemicals and is actually responsible for more greenhouse gas output than the transportation section as a whole, according to the UN’s Food and Agriculture Organization. I suppose some method could be created to house cows indoors to harvest their methane, but I feel like that’s causing more ethical concerns than it’s worth.

Let’s assume that a company brings a hydrogen ICE-Powered car to market. Some countries have some degree of hydrogen friendliness, but most have even fewer places to fill hydrogen than they do places to charge EVs or fill gas vehicles. I can’t imagine any real attempt by any country to create the infrastructure required to make Hydrogen ICE vehicles a reality unless there’s an at-home method that’s provided similar to charging at home for BEVs. Maybe a hydrogen generator that you plug in at home and fill with water from the tap would be provided to help ease transition, but that’d have to be a very efficient system to allow a person to fill their car at home.

Toyota has brought us several amazing hybrids in the Prius and the RAV4 Prime, and other companies are of course even ditching gas all-together. Ford has its Mustang Mach E and its F-150 Lightning and has promised to electrify even more vehicles. Jeep joined the game with the plug-in Wrangler 4xe. Porsche of course has the lovely Taycan, and BMW promises us an amazing-sounding 4-series experience in the i4, but even though it pioneered hybrids, Toyota seems reticent to move to full electrification.

I salute the future that Aiko Toyoda suggests. I hope to hear the thundering gallop of continued ICE operation for years to come, but even Dodge has stated that electrification of muscle cars is going to be the next big step, so I feel like these hydrogen fuel attempts may be the last, struggling breaths of a dying beast. Even Mercedes has stopped their hydrogen research program. Maybe it’s time to just hang the gloves up and go home, but I don’t think that many driving enthusiasts will take the death of the internal combustion engine laying down.