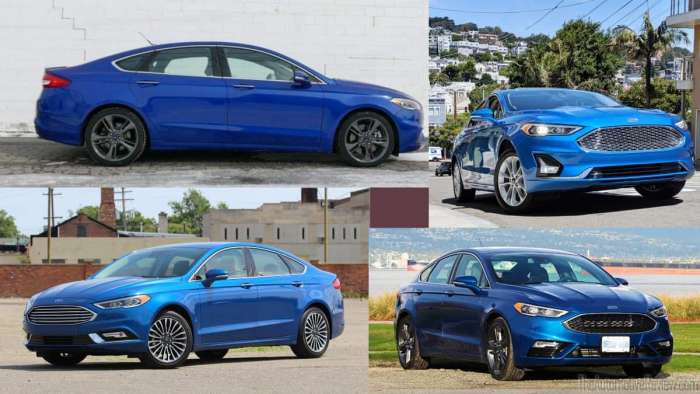 The Ford Fusion Energi Hybrid: A Plug-in For The Masses

Ford shocked the world when it released their Mustang Mach E. The pony car moniker attached to an electric SUV is working well for the Blue Oval, but the Ford Fusion Energi plug-in hybrid is a much more subdued, but very functional EV that has found itself a very stable customer base. This little hybrid is not a high-performance sports vehicle, but instead a business/commute-oriented sedan.
Advertisement

The Fusion Energi hybrid is powered by a 2-liter 4-cylinder gas engine and an electric motor that together put out up to 195 horsepower. With racing performance not at the heart of this vehicle, it’s unfair to try to compare it to sportier vehicles, like the Porsche Taycan or the BMW i8 as far as acceleration times. The Ford Fusion Energi was designed more with convenience and economy in mind and in these arenas, the mid-sized sedan does rightly shine. As of 2017, the Fusion Energi boasts an impressive 97 MPGe when running only on its batteries, and around 42 miles per gallon in hybrid mode.

My family upgraded from the 2019 Ford Fusion Hybrid SE to a 2019 Fusion Energi Titanium earlier this year and my spouse has been raving about it since its purchase. Even though the regular hybrid was greatly economical, the plug-in ability of the Energi makes a night-and-day difference in the daily drive for my spouse. Whenever he’s not in the office, he can typically find a charging point to keep her running while he works out of the cockpit because we live in a fairly populous and forward-minded area. This lets him rarely need to fill up at the pump, only using the gas motor on longer trips, typically out of town.

My husband also is enamored with exactly how quiet his vehicle is when it’s in battery only mode. He finds it much easier to enjoy everything from podcasts to morning meetings with the quieter ride, noting that when he had worked out of his Ram 1500, it’d sometimes made listening to audio difficult with the ever-present rumble of its 5.7 L Hemi. I have had several opportunities to utilize my Challenger’s Uconnect system during operation and just sometimes, that ICE rumble does make picking out the exact wording of an audiobook difficult, and I’d not be surprised to learn that many misheard lyrics would have never been misheard if they’d been listened to in a vehicle that operates as quietly as the Ford Fusion Energi. 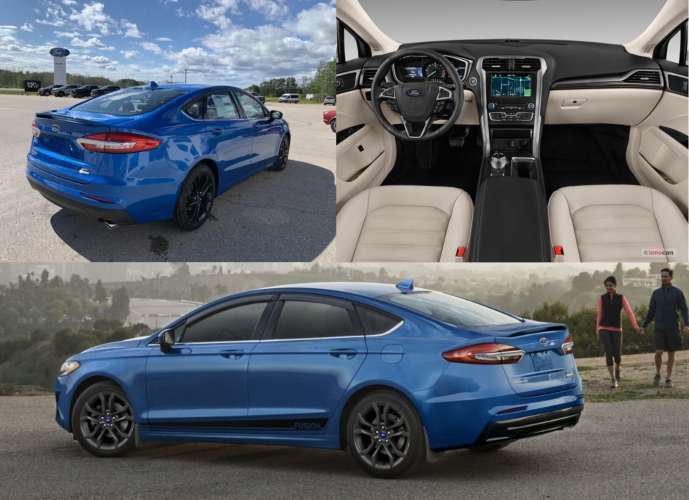 My spouse really appreciates the additional safety features offered by the software suite that Ford has included in the Fusion Energi Titanium hybrid. His favorite or most used feature is the adaptive cruise control, finding it to be very helpful in fairly low speed situations, like in stop-and-go-traffic. He utilizes the lane guard or lane assist, but notes that it doesn’t take into account that in the great state of Florida, one is not actually legally required to signal before a lane change, signaling is only technically necessary during a turn (I would argue that you should use your turn signal to identify your intent to drivers, and that switching lanes is something that affects other drivers frequently). I have not driven his vehicle with any of the assistive features on, but I have been in the passenger seat for the adaptive cruise control’s braking and I’d typically give myself more space to brake than does the software. Leonard taught emergency vehicle operation for several years with a Volunteer Fire Department and he agrees that, in some situations, the ‘computer’ seems to brake a little later than he would prefer. He also notes that there seems to be some issue or difficulty with detecting motorcycles or trailers; with the car not immediately correcting speed and spacing when these sorts of vehicles cut in front.

Ford’s Fusion Energi Hybrid is a plug-in hybrid that performs its duty as a commuter vehicle or family car well. Road trips to the beach are comfortable for up to 4 normal sized people, but at about 6 and a half feet tall, it’s a bit cramped for me, so rest stops for leg and back stretches are a frequent must. This hybrid platform promises to perform well into the future and, as Ford brings out new models, like the Bronco, or the Mustang Mach E, I’m sure the Fusion Energi Hybrid will only get better as the technology for EVs improves.