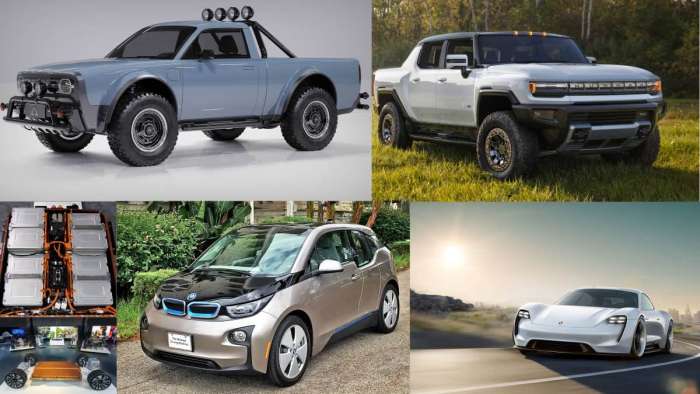 Lithium finds itself at the heart of most of our technology today. It’s used in rechargeable batteries the world over and has largely been mined using environmentally costly methods. Some Auto manufacturers, like Mercedes and Volkswagen, have begun to invest heavily in means of recycling or producing lithium.
Advertisement

One of the newest, most hopeful sources of Lithium that are being developed are found in Geothermal Brines, the liquid that geothermal energy companies use to run their generators. This could serve as a secondary income stream for these companies as the lithium is a highly sought-after commodity and seems fairly straight-forward to filter from the brine as it’s being pumped through the generator system. 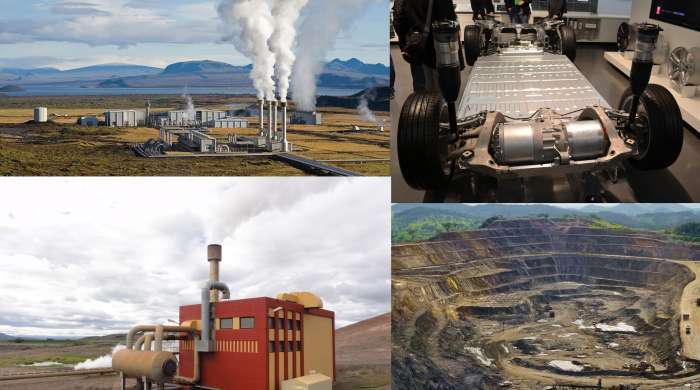 There are many ways that lithium can be harvested from the brines. There are chemicals that will pull the lithium out and allow it to be processed free with up to 90% recovery of the available lithium. Electricity can also be used to separate the lithium ions utilizing semi-permeable membranes and reverse osmosis, allowing for similar recovery of the metal. Ionic exchange systems can also be used to filter out the lithium, though pH flux, temperature changes, and what else is in the water processed can reduce the efficiency of the system.

Dupont and Vulcan Energy are working on a system to allow for geothermal brine lithium mining and the future is bright for Vulcan Energy’s Zero Carbon Lithium® program and lithium-ion batteries in general with that good news of a less-environmentally-costly method of producing batteries for EVs.

Solid-State batteries are in production and have been for a very long time, but they are currently costly to manufacture. Solid-State batteries utilize solid electrolytes between the cathode and anode to produce electricity, something that allows them to be safer, smaller, and gives them longer life cycles. The issue is cost. While the small amount of energy required to keep a pacemaker or small rfid device going for years can be produced by a battery that will only cost 20-30 dollars while manufacturing a battery capable of powering a phone would cost thousands. Samsung has been very excited to share advances in solid-state battery technology, noting that they’ve created a membrane that prevents the anode from degrading, another big issue with the all-solid-state batteries.

Several solid-state electrolytes exist with each having its own pros-and-cons. With technology giants like LG and Samsung building their own proprietary blends suitable to different applications, some pundits speculate that we’ll see smaller solid-state batteries that have the same battery life as current liquid-state lithium-ion batteries. This is because they estimate that the cost to produce these batteries has yet to go down enough to allow for more robust applications, like creating a phone with a 3-4 day battery life in the same size as a current generation iPhone or Android device.

Organic Radical Batteries (ORBs) replace the cathode with an organic film that is both more environmentally friendly than metal cathodes, but also allows for faster recharging, longer battery life, and smaller application. NEC has produced one such ORB to be used in RFID devices, like the IC e-Card commuter pass. One of the drawbacks found with ORBs and all-solid-state batteries is that for right now, they still require lithium. Hopefully with the advent of geothermal brine lithium mining, the lithium can be sustainably sourced.

Aluminum anodes may also help to ease the burden on lithium, as it’s shown some promise in use for batteries. Some of the high capacity batteries that were tested using the aluminum anodes were good for 10,000 cycles without errors, an impressive number that, were you to implement this in an EV that was charged every day for that full time, the first cycle with an error should occur around 27 years after purchasing the vehicle.

I would like to apologize for some errors in information that I had included in a previous article. Charging times have been reduced even further than I had first believed with one reader noting that his Hyundai Ioniq is capable of charging to 100 miles of range in only 10 minutes. This is truly excellent news but I point out that at 20 miles per gallon, and the rate of US gas pumps varying from under 10 gallons per minute to up to 40 gallons per minute for pumps that service large vehicles, like trucks, the miles per minute pumped is somewhere between 100 and 400, a rate that is 5 to 20 times faster than the reported charge rate of another reader’s “200 miles in 10 minutes of charge” which equates to 20 miles per minute of charge, which isn’t accurate as the charge is fastest at the beginning, so at least the first 100 miles should charge fairly quickly, but not nearly as fast as the 100-400 mile-per-minute-pumped that we see with gasoline.

Advances in batteries are showing great promise and every day, Electric Vehicles are making strides to replace ICE powered cars. With tightening emissions laws, the days of gasoline powered engines are surely coming to a close. I personally feel that sacrificing some battery size and range to install a generator in the vehicle would be a wise choice for the near future as it allows for both infrastructures to sustain use of the vehicle. With the help of a generator on board, the Volkswagen ID.4 completed the Mexican 1000 race without any mechanical failures. The torque-on-demand that is available from electric motors allows for truly awesome performance statistics, batteries just weigh a lot and are costly to manufacture right now.

Nico wrote on May 5, 2021 - 1:37pm Permalink
Thanks for clarifying the info on your last article! I think you still make the range an issue it isnt anymore. If you need to tow a huge trailer or if you want to race the baja 1000 or any 24h race, the combustion engine has huge advantages due to the energy density of petrol or diesel. BUT: in reality you will not go full speed for hours (even not here in germany on the autobahn). If you think about your normal trip, you probably make a short break to come down, eat a bit or at least pee. You will not pee while your car is at the gas station, so you lose time at the gas station. But - and theres the difference - you can and will eat or go for a pee while your car is plugged in. So you dont lose any minute in real life. And: you will start every day with a full tank as long as you can load at home. I would suppose you try and rent a modern EV like a tesla model 3 and try for yourself. I bet you will not be slower than on the same route with you ICE car or hybrid - as long as there is charging infrastructure around (which is a great plus point for tesla).
Al D wrote on May 24, 2021 - 2:06pm Permalink
I just posted why PHEV's are so much better. I'll be able to go 550 miles in a RAV4 Prime fully charged and just over 500 miles on a depleted battery. We're talking around 7 hours of driving between fill-ups. I'll get there a lot sooner than anyone in an EV and won't have to stop for anything more than a quick squirt and a leg stretch if I bring something to eat and drink with me.
Al D wrote on May 24, 2021 - 1:57pm Permalink
Let me see... Do I want a PHEV that can go 500 miles on a tank of gas with a depleted battery before forcing me to refill its tank in 5 minutes or do I want an EV that gives me 500 miles after an hour spent recharging? It may spend 50 minutes total on a supercharger, but add 10 minutes or more to allow for hooking, paying, and unhooking at each stop. Also add that extra time spent to get to your destination. Although you'll have to plug a PHEV in more than an EV at home, how much of a pain would it be to plug it into a 120 or 240 volt socket every day? Would you rather stop at gas stations every 300 miles? You can go months without gassing up if you take advantage of that plug. This is why I see a golden opportunity for Toyota in the PHEV space.