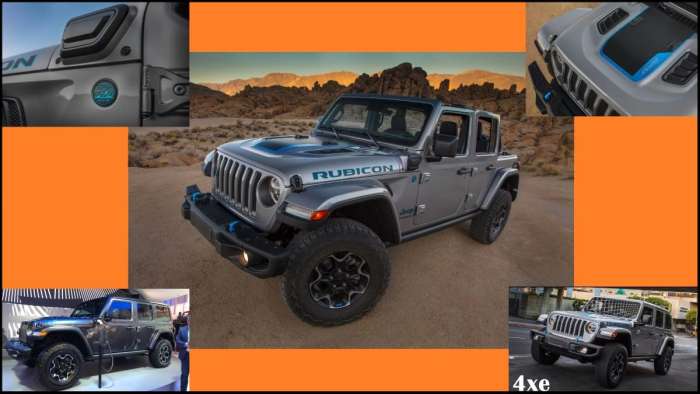 The Jeep Wrangler 4xe: Thoughts Before The Test Drive

Words that come to mind when one discusses the Jeep Wrangler might include “Rugged”, “Beefy”, and even maybe “Classic”. A word that doesn’t typically come to mind is “economical”, but the folks over at Jeep are taking a shot at changing that. A new challenger enters the ring: the Jeep Wrangler 4xe.
Advertisement

The Jeep Wrangler 4xe is a Plugin Hybrid Electric Vehicle of “PHEV”. This means that it uses a 4 banger to supplement a smallish battery (only about 21 miles worth of juice) and allow for some fairly impressive (from a Jeep perspective) performance statistics.

Anyone familiar with electric motors knows that they have little, if any spin up time, and thus are capable of providing torque on demand. What this means is that they produce nearly peak torque as soon as power is applied, unlike internal combustion engines, which require some momentum to put out their maximum torque and horsepower. This is a real boon for off-road vehicles that need to do things like rock-climb or slog through running-board deep mud. As I mentioned, this Jeep is equipped with a 4 cylinder engine to supplement its electric motor; and these are used in tandem when the Jeep Wrangler 4xe is in hybrid mode to produce “maximum horsepower, instant torque and the best acceleration.” 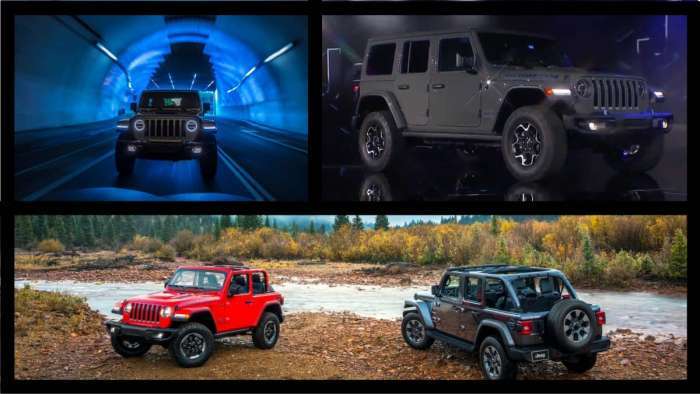 This iteration of the Wrangler is more powerful than the stock gasoline models and is jam packed with cool technology that make it a capable off-roader and a seemingly comfortable driving experience. The electric motors are very quiet and can provide most of the needed “oomph” for low speed, easy acceleration environments like busy city streets. Driving in Orlando has been quite the workout for my left leg since I switched to three pedal cars in 2020.

We see the return of the Uconnect display in this Wrangler. I’m sure that it’ll provide all sorts of neat interactions with the 4 wheel-drive systems, like the optional Rock-Trac.

The 4xe uses an automatic transmission, like most of the hybrids on the market, it’s small 2.0 Liter 4 cylinder pumping away at somewhere around 50 mpge when combined with the electric motor in hybrid mode. This puts out 375 ponies, about the same as my R/T Challenger! The torque is an impressive (as expected) 470 foot-pounds, even more than my girl; something that’s sure to assist the 4xe Wrangler in getting over anything a driver might want to throw at their ride. 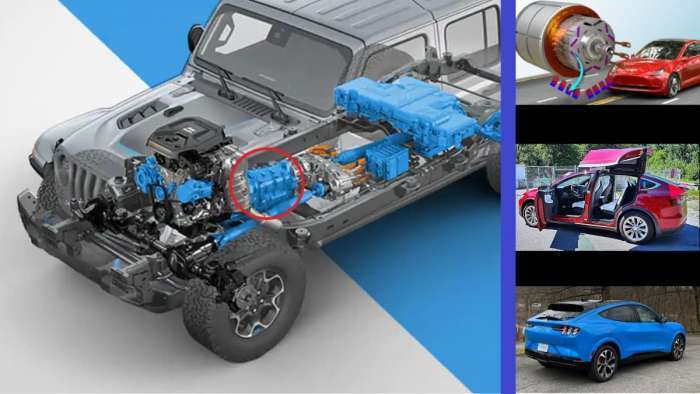 Something that I’d like to note about the mechanisms at work in the 4xe: they’re complex. Like, really complex. There’s no reason to have two transmissions on a hybrid vehicle, one between the electric motor and the wheels and one between the gas motor and the wheels. The electric motor acts more directly on the wheels than does the gas, and most fully electric vehicles don’t even bother with having a multi-speed transmission. Transmissions cost extra weight that reduces felt performance. What I would have liked to have seen from Jeep would have been a simple generator-in-an-electric-car method that provides great results. We’ve seen the track capability of fully electric vehicles. There’s no reason that Jeep could not have produced an EV that has a 2-or-3 speed transmission (effectively just to select the gearing ratio between the electric motor and the wheels, allowing for the ultra-low ratios we typically see in rock-climbing systems), and a generator stuffed under the hood. I would choose a multi-fuel capable system, because I like utility; probably something that can run from used motor oil or alcohol, but just gasoline or diesel options would be acceptable and expected from a big brand like jeep.

Despite my hang-ups about the exact type of hybrid that the Wrangler 4xe is, I am quite certain that MOPAR/FCA have produced a masterpiece of engineering, and it would appear that my opinion is shared by others as this awesome SUV has won the 2021 Green SUV of the year award from Green Car Journal, and it’s actually been quite an ordeal trying to schedule a test drive of one: most of the dealerships near me are selling them so fast that most of their 4xe sales are actually from new builds. Needless to say, with so many other people showing interest in the product, my own interest is piqued to the highest degree.