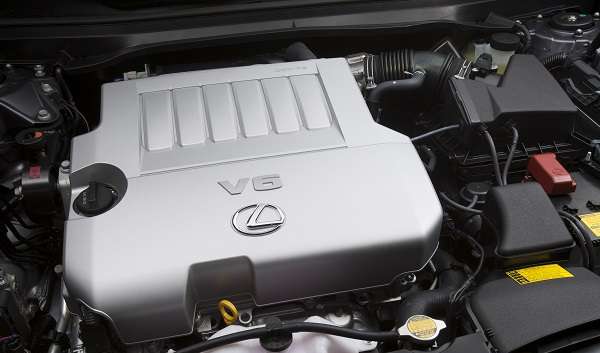 In its most recent Vehicle Dependability Study, J.D. Power found an industry-wide increase in vehicle problems for the first time in 15 years. The vast majority of the problems are with 4-cylinder vehicles.
Advertisement

In its most recent Vehicle Dependability Study (VDS) J.D. Power and Associates found that engine and transmission problems were on the rise. Looking at the data more closely the study reveals that the issue is really with 4-cylinder engines and the transmissions they are powering.

The study looks back three years to 2011 model year vehicles. It polls drivers and asks what problems they have experienced. The study then ranks vehicles, automakers, and defects in a scale of problems per 100 vehicles (PP100). In other words a score of 68, the best score which Lexus received, means that 68 problems were reported for every 100 Lexus vehicles. A lower score is better on this scale. This year marked the first time since the 1998 study that vehicles' problems grew overall on average in the industry. So what changed?

Over the past two decades, but much more in the past five years, automakers have been shifting away from V8 and 6-cylinder engines. Instead they are turning to 4-cylinder engines in general, and 4-cylinder turbocharged engines for performance oriented vehicles. The reason most commonly given for this by manufacturers is fuel savings. Mandates by the federal government have forced automakers to start reducing fuel usage overall. However, our own look at the move to 4-cylinder engines, particularly turbocharged engines, shows that when compared to modern 6-cylinder designs there are very few examples where the newer 4-cylinder matches both the fuel economy and power of a newly designed 6-cylinder. The smaller engines can do one or the other, but rarely can match both.

In any case, the study found that 4-cylinder engines have increased their problem rate by nearly 10 problems per 100 vehicles (10 PP100). That is a very significant jump. J.D. Power found that this problem by itself accounted for almost all of the 7 PP100 increase that the overall industry had. The study also noted that large diesel engines were higher in their rate of problems. Commenting on this increase David Sargent, vice president of global automotive at J.D. Power said "Automakers are continually looking for ways to improve fuel economy, which is a primary purchase motivator for many consumers, particularly those buying smaller vehicles. However, while striving to reduce fuel consumption, automakers must be careful not to compromise quality. Increases in such problems as engine hesitation, rough transmission shifts and lack of power indicate that this is a continuing challenge."

Notable are the types of problems customers report. Sargent said in a recorded press statement that the smaller 4-cylnder engine problems reported typically are that “The engine hesitates, the automatic transmission shifts roughly, and a lack of engine power.” He goes on to clarify that “This increase in problems is most prevalent in vehicles with 4-cylinder engines.” To this auto enthusiast these problems all sound like the way that non-car enthusiasts describe turbo-lag. Turbo lag is always the first thing that automakers swear they have defeated in their new small turbo engines, but our experience driving these cars is that it is still an issue.

Although fuel savings is important to consumers, the amount of money spent on fuel is also at the top of their priority list. Both of Lexus' top selling vehicles, the RX 350 crossover and the ES 350 sedan, can now use regular unleaded. BMW does not recommend the use of regular fuel with its vehicles, but rather advises customers to use premium, which can increase fuel costs by about 10%.

As shoppers consider a new vehicle they would be wise to research the reliability of any model they are interested in, but particularly any model with a 4-cylinder engine. Consumer Reports, KBB, and J.D. Power all have reliability rankings for vehicles.