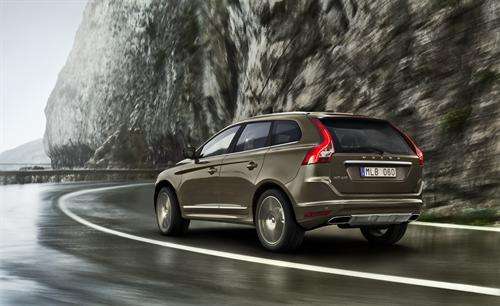 Volvo announced today it is moving ahead with only four cylinder engines as part of its strategy to regain brand independence. Will this bump Volvo out of the top tier it has so long been striving for?
Advertisement

Volvo’s move will relegate it to second class status in the world of performance/luxury makers. Possibly third class. Volvo is correct that in the coming the five to ten years it appears that the bulk of luxury cars will have turbocharged four cylinder engines along with various levels of electrification. Horsepower combinations up to about 300 horsepower will likely not be uncommon from this blend of drive components. However, Lexus, Mercedes Benz, BMW, Audi, and Cadillac just to name a few will still offer much more powerful six cylinder engines in many models, if not most. Those six cylinder engines will also have turbocharging and electrification technology. For example, Cadillac has just released a new 420 hp, twin turbo V6 for use in its Cadillac CTS, middle sized vehicle, and quite possibly in its smallest vehicle, the ATS. Lexus also has six cylinder engines that are already boosted with electrification, for example, the mid/large size GS350H hybrid with a six cylinder hybrid engine capable of 338 horsepower. Catching up to these direct rivals with only four cylinder engines will never be possible for Volvo.

Moving to one single engine architecture, instead of Volvo’s current eight, on three separate vehicle platforms will help Volvo achieve its single most important, also second most important, goals. Volvo must shed costs first shed cost and reduce fuel consumption second. In the wildly popular compact luxury crossover market Volvo’s engines are simply not getting the job done in terms of performance or fuel economy. Volvo does better in other classes, but can’t come close to the Asian entrants with the engines it has now. Derek Crabb, Vice President of Powertrain Engineering, commented on why Volvo is moving to smaller engines, saying “During the development of VEA the starting point was our customers and what we wanted to offer them in regard to good fuel economy, low environmental impact and immense driving pleasure at an attractive price. At the same time, however, it's also about the fact that Volvo Cars gets a sound basis for developing future-generation technologies featuring fuel economy of absolute world class.”

The new Volvo engines will begin to see their way into its cars by the end of 2013. Volvo plans to have fully switched to the new VEA four-cylinder engines by 2015.

Elon Makes a Cybertruck Statement With an Action, But Quiet in Words
Tesla's Record Month in China: Doubled Registrations in March 2021
END_OF_DOCUMENT_TOKEN_TO_BE_REPLACED